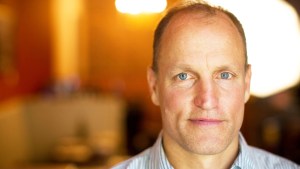 When celebrities speak, hundreds of thousands of people listen. So when high-profile names are placing their support behind the plant-based movement, the impact can be a large one.

So, here are the latest updates in the vegan and veg-curious celebrity world.

A ‘premium’ plant-based meat brand called Abbot’s Butcher has just closed a Series A funding round.

The exact amount raised was not disclosed, but it came from a host of high-profile names, including actor Owen Wilson.

Actor Woody Harrelson and his partner, the entrepreneur Laura, both of whom are vegan, also participated.

Abbot’s will use the capital to grow its foodservice and retail distribution sectors. The funds will also go towards new product development.

“We are reframing the conversation around plant-based proteins,” commented Abbot’s Butcher Founder and CEO, Kerry Song.

“Where it’s not just about taste and mouthfeel. It’s about quality, and celebrating the power of exceptional ingredients – showing that food can be both healing and satisfying,” she continued. “We’re fortunate to have such outstanding investors that share this mission.”

Jamie Oliver has revealed he will reduce, or completely remove, meat from most of his new recipes.

The British chef and restaurateur committed to updating two thirds of dishes from his books, tv shows, and website. It’s part of Oliver’s goal to make his business carbon neutral by 2040.

The commitment will kick off immediately, a spokesperson for Oliver confirmed, but some argue it’s not enough.

A spokesperson for the Vegan Society said to The Telegraph: “While it’s hugely encouraging to see well known food giants, such as the Jamie Oliver Group, making an effort to reduce the amount of meat they’re offering customers, it’s perhaps not as ambitious a pledge as others have already made. It would be great to see the Jamie Oliver Group step it up a little.”

Vegan actor Tabitha Brown will soon open the doors at her first plant-based eatery. Brown will be the co-owner of a new location for the existing restaurant and bar, Kale My Name.

The vegan venue’s flagship location is in Chicago. There, it offers bagels, pancakes, sausage, and meat-free chicken and waffles, among others.

The new location will open on Ventura Boulevard in Encino, CA. The opening date has not yet been announced.

“If you have an idea or a dream, a thought, honey, do something with it,” Brown said on Instagram. “This is about to be my first restaurant experience, something I never even thought I could do, but here we are.”

She added that Kale My Name is a restaurant she ‘loves and believes in’.

“And I ain’t gon’ stop here. That’s what my spirit’s saying: ‘Tab this is the first but not the last’,” she said.

British rock band Coldplay has been urged to only serve plant-based food during its upcoming tour.

People for the Ethical Treatment of Animals (PETA) reached out to the band following an announcement that Coldplay’s upcoming Music of the Spheres world tour will be as sustainable and eco-friendly as possible.

In a letter to band members Chris, Guy, Johnny, Phil, and Will, PETA said it was ‘excited’ to hear about the group’s climate-friendly pledge.

“To that end, we have a suggestion that we’re sure will strike the right chord: ensure that only vegan foods be served during your concerts,” the charity wrote.

PETA pointed to research showing that 80 percent of all deforestation in the Amazon is linked to cattle farming. Further, the organization highlighted research from University of Oxford’s Joseph Poore, who concluded that going vegan is ‘probably the single biggest way’ to reduce one’s impact on the planet.

“We hope you’ll agree that cutting damaging animal-derived foods from concert venues is a no-brainer. We’d be happy to connect you with world-class vegan chefs, should that be of use,” PETA said.

Actor Rosario Dawson spoke about the importance of health in a recent interview, explaining that she follows a plant-based diet and prioritizes spending time in nature.

But in a recent interview with EatingWell, Dawson is described as ‘plant-based’ – suggesting she no longer eats any animal products.

She explained that she became ‘super into’ food’s impact on gut health after her father was diagnosed with cancer.