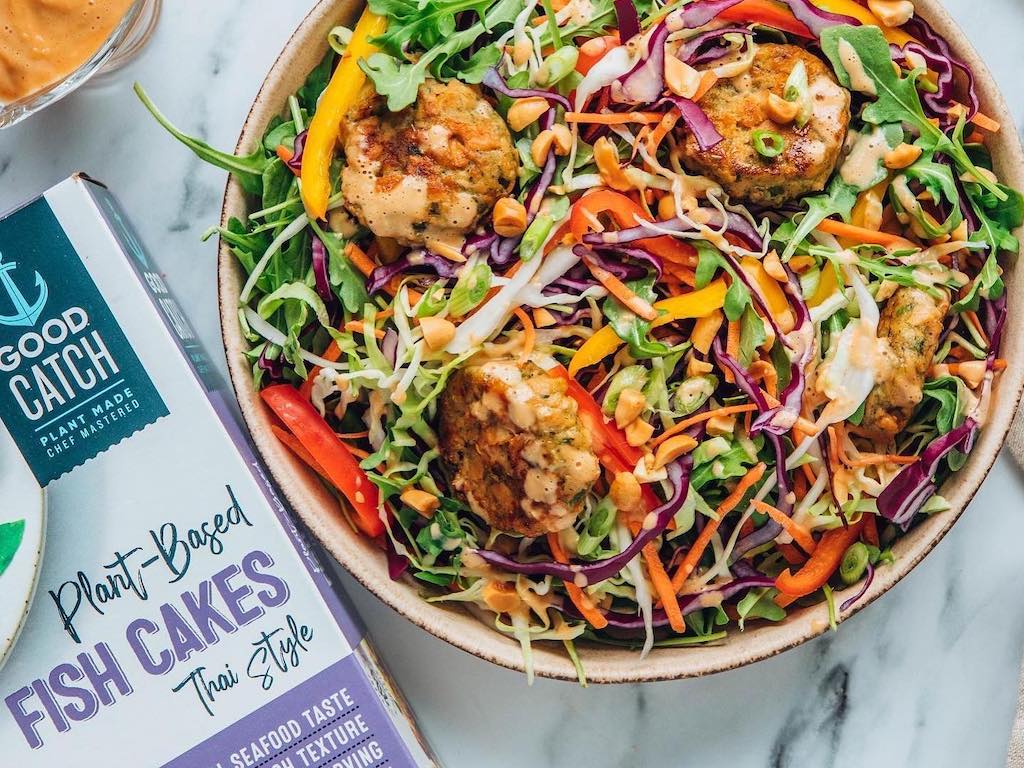 Now, following Wicked Kitchen’s U.S. debut last year, the Sarno-led brand announced it is acquiring the other Sarno brand Good Catch from its parent Gathered Foods for an undisclosed amount. Gathered is focusing its energy on supporting the plant-based industry from behind the scenes with ingredients and product development.

Good Catch will retain its branding and name, the companies say. The acquisition will allow Wicked Kitchen to add Good Catch products to its meal options, something it’s done with other brands including U.S.-based Beyond Meat.

“By folding Good Catch’s plant-based seafood offerings into Wicked Kitchen’s North American footprint we will have the largest variety of animal-free consumer packaged goods in the industry available at more than 30,000 distribution points,” Wicked Kitchen CEO Pete Speranza said in a statement.

“The two brands’ product lines complement each other and are 100 percent accretive, and the breadth of products across departments—from appetizers to desserts and everything in between—allows us to provide great-tasting food that appeals to everyone,” Speranza said.

Wicked Kitchen, which launched in U.S. stores last year, has placement in supermarkets including Walmart, Sprouts, and Kroger. Its offering includes frozen and ready meals, ice cream, and most recently, its own line of dairy-free milk.

The announcement comes as the vegan seafood market is expected to skyrocket before the end of the decade. While other categories like dairy-free milk and vegan burgers have seen mainstream acceptance, the vegan seafood category is still relatively small.

A report published last year found the category is expected to grow at a 28 percent CAGR through 2031, valued at more than $1.3 billion before 2032.

Another recent report detailed how consumers in Asian countries are seeking out alternative seafood options. Asia leads the world in seafood consumption. Driven by a number of fears including concerns over heavy metals and microplastics in seafood as well as the impact of overfishing, consumers in Singapore—Good Catch launched there last year— as well as Thailand, Japan, and South Korea the report found consumers are more interested in seafood alternatives than ever.