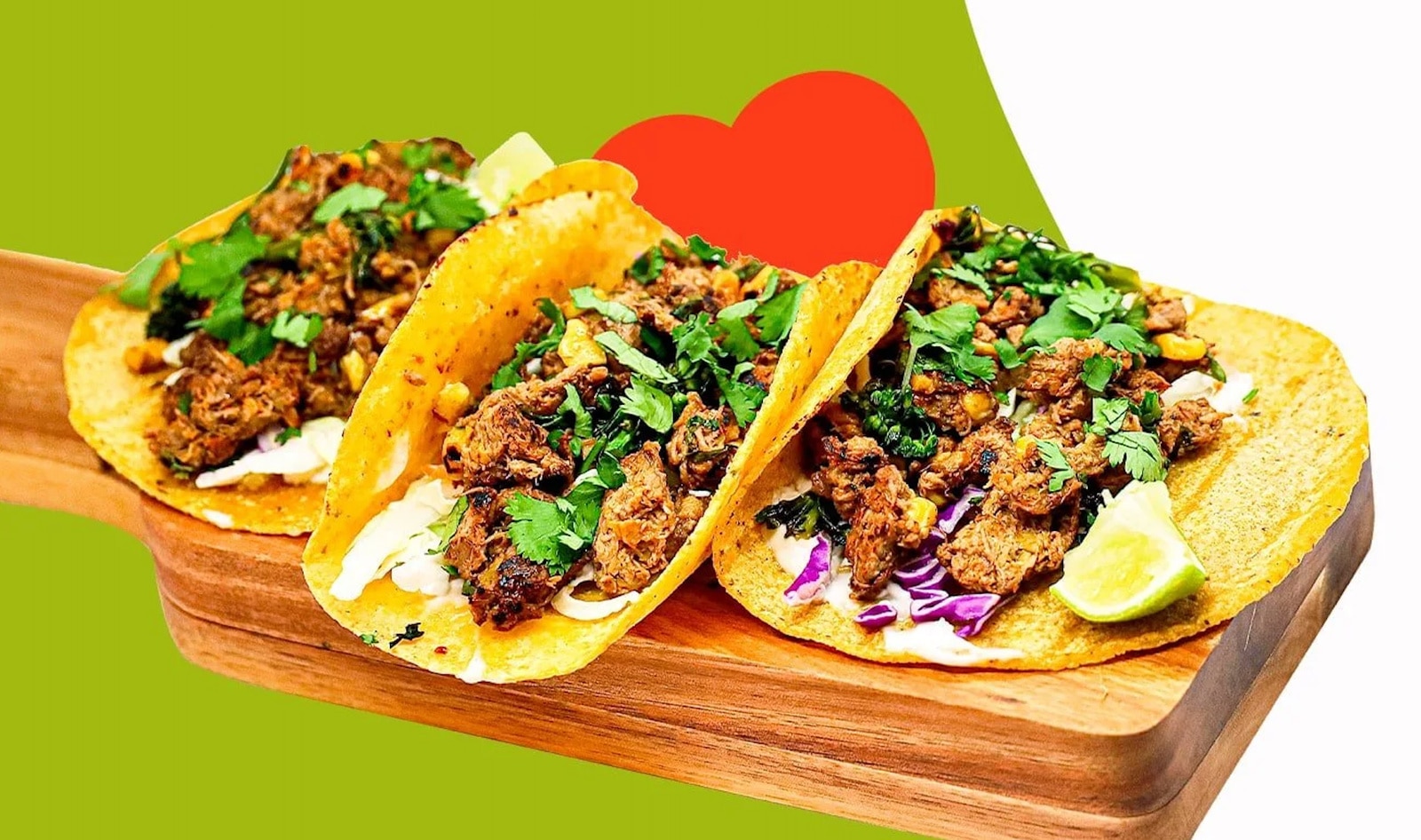 Hawaiian startup Cajú Love recently launched a new vegan meat made from cashew fruit. The cashew fruit is meat that surrounds a cashew nut and it is typically a wasted byproduct of the nut and juice industries. Instead of sending the meaty, edible fruit to landfills, Cajú Love co-founders Felipe Barreneche and Alana Lima turned the fiber-filled food into vegan meat.

“When I found out that cashew nuts grow on a fruit that was considered waste in the nut industry, I knew we had to do something to change that,” Barreneche said in a statement. “The fruit is full of health benefits and cooks just like chicken, pork, tuna, and ground meat—it is delicious. My mission is to share with the world a quality whole-food plant-based meat alternative that is good for you and sustainable.”

Cajú Love’s innovative vegan meat is rich in health-promoting fats, fiber, minerals, protein, tannins, and vitamin C and carries a flavor that is sweet, acidic, and slightly savory. Because the vegan cashew meat is a waste byproduct, it does not require additional resources such as land and water for production, making it even more sustainable.

“Our goal is to make it easy for people to make a positive impact in the world and their life through their food choices. Everything we consume directly affects our health and the health of our planet,” Lima said in a statement. “Cashew fruit meat is an extremely nutritious food for a healthy lifestyle and one of the most sustainable food options. With every cashew meat pack you purchase, you are helping divert food waste and reduce water and land use for food supply.”

Cajú Love’s vegan meat is available in a pack of four, 7-ounce pouches for $29.99 or as part of a monthly subscription ($26.99) through the company’s website.

Vegan meat made from plants

Up until recent developments in cellular agriculture, animal meat has been only made in one way: by raising and slaughtering an animal. However, vegan meat can be made from a wide variety of plants, most commonly vital wheat gluten (known as “seitan”), soy (used by Impossible Foods), and pea protein (used by its competitor Beyond Meat).

As the meat industry continues to boom, companies are experimenting with other plants as meat bases. Jackfruit has been used by home cooks as a replacement for chicken and pork due to its shredability. The Southeast Asian fruit is also the base of ​​products such as pepperoni, chorizo, and sausage, made by United Kingdom-based company Jack & Bry. Pizza lovers can find the jackfruit-based pepperoni at Papa John’s locations in the Netherlands and across the UK.

Mushrooms have long played a starring role as meat replacers in portabello burgers but in recent years, fungi have also become the base of commercial meat replacers. Portabellos and criminis are the star ingredients in Eat the Change Mushroom Jerky, a vegan jerky brand launched last year by Seth Goldman (co-founder of Honest Tea and chairman of the board for Beyond Meat) and Chef Spike Mendelsohn, a renowned restaurateur behind the PLNT Burger chain and plant-based food advocate.

Indonesian startup Green Rebel also relies on hearty mushrooms as the base of its vegan Beefless Steak—the first whole-cut plant-based steak to launch in Asia, according to the company—which debuted at two of Indonesia’s largest steakhouses, ABUBA Steak and Pepper Lunch, in June.

Stateside, Boulder, CO-based Meati Foods launched its innovative vegan steaks at local steakhouse SALT Bistro last June. The company uses mycelium—the fast-growing root systems of mushrooms—to create the base for its meats, which also includes whole vegan chicken breasts. Biotech company Ecovative Design harnesses the power of mushrooms to make a variety of products, including the holy grail meatless meat: vegan bacon. In April, the company raised $60 million to fund its goal of making everything from food to leather to packaging from mycelium instead of animals.

For more about sustainable meat, read:
Vegan Fish To Be Recognized as “Sustainable Seafood”
Leonardo DiCaprio Invests in Two Cell-Based Startups to Save the Planet
Meat Was Creating Too Much Food Waste. So This Pizzeria Went Vegan.