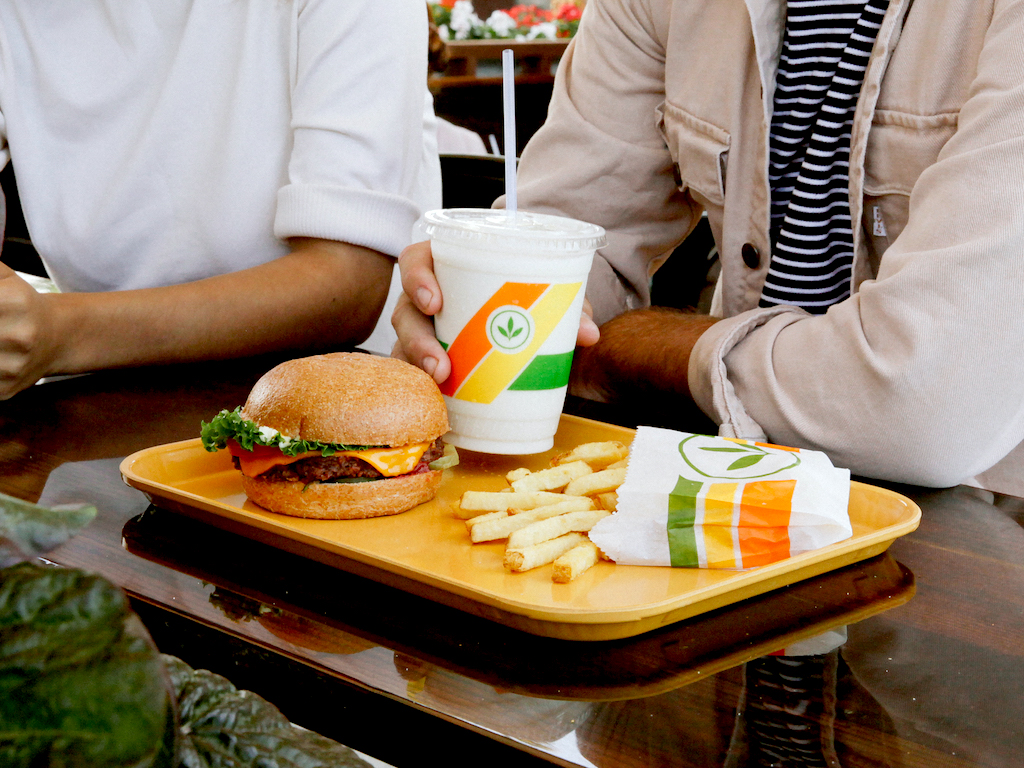 In a recent analysis of nutritional profiles of plant-based meat and conventional, the food-focused think tank the Good Food Institute underscores the benefits of plant-based protein over the alternative.

“No matter which way you slice it, plant-based meat has significantly more nutritional benefits than conventional meat,” says non-profit the Good Food Institute (GFI). “Whether it’s introducing a new source of fiber to your diet or cutting down on cholesterol, plant-based products lead to better health outcomes.”

The group says consumers who buy conventional meat are also buying plant-based options and most perceive the products favorably. But questions still persist about plant protein health compared with conventional meat, as many critics say the products are highly processed and can be higher in sodium than animal meat.

There are also narratives pushing the benefits of cattle grazing and other free-range animal products in slowing climate change and promoting soil health. But the group says that’s not the case when more than 99 percent of animal products come from factory farms.

1. Not all processed foods are created equal

“Food processing is not inherently bad,” GFI says. “The golden rule of effectively processing food is nothing bad added, nothing good taken away.’” It uses the example of cacao beans, which are separated into cocoa butter—a product high in saturated fats— and cocoa powder, a product rich in healthy flavanols that can be used healthily on its own.

Compared with conventional beef burgers and chicken nuggets, popular plant-based options including those from Beyond Meat and Impossible Foods have fewer calories and fewer grams of fat per serving. The plant-based burgers contain several grams of fiber while the beef burger contains zero. Plant-based burgers are significantly higher in sodium than conventional beef burgers, though, with some containing more than 400 percent more sodium than beef. But GFI says that’s pre-preparation.

“The difference shrinks dramatically after meal preparation: For instance, the Impossible Whopper contains only ten percent more sodium than the traditional Whopper.” And GFI says adding cheese to the Whopper (or similar burger) contributes more than 3.5 times the sodium that swapping a conventional patty for the Impossible. For nuggets, the sodium levels are nearly identical for plant-based and conventional.

According to a trial done by Stanford, there was no statistically significant difference in blood pressure or sodium intake between people consuming plant-based or conventional meat.

“Plant-based meat is not here to replace apples or kale,” GFI says. “Consumers are often choosing plant-based meat to reduce their animal meat consumption. Thus, plant-based meats can be a better choice because they have more fiber, less fat, and fewer calories than what people may otherwise eat.”

The research also looked at protein from plants in muscle growth. According to one study, published in the American Journal of Clinical Nutrition, male athletes saw double their muscle growth rates after consuming Quorn’s mycoprotein when compared with milk consumption.

3. Reduces the risk of heart disease and cancer

The group points to a growing body of research that says plant-based meat can help to reduce cardiovascular disease risk factors, as well as support gut health and a healthy weight, among other benefits.

Plant-based meat is also free from preservatives including nitrites and nitrates, both of which have been linked to an increased risk of certain types of cancer. Processed meat containing nitrates and nitrites was declared a human carcinogen by the World Health Organization in 2015.

4. Reduces the spread of antibiotic-resistant bacteria

Plant-based meat may also help to reduce the spread of antibiotic-resistant bacteria. According to GFI, 70 percent of the U.S. supply of medically important antibiotics is used for animal agriculture. This not only reduces access for humans but also increases the prevalence of antibiotic-resistant bacteria—a leading cause of infections and cause of more than 35,000 U.S. deaths per year.

“Further, due to the end-to-end process control, alternative proteins have orders of magnitude less bacterial contamination, which reduces the risk of foodborne illness,” GFI says.

The post What’s the Verdict: Is Plant-Based Meat Healthy or Not?  appeared first on Green Queen.