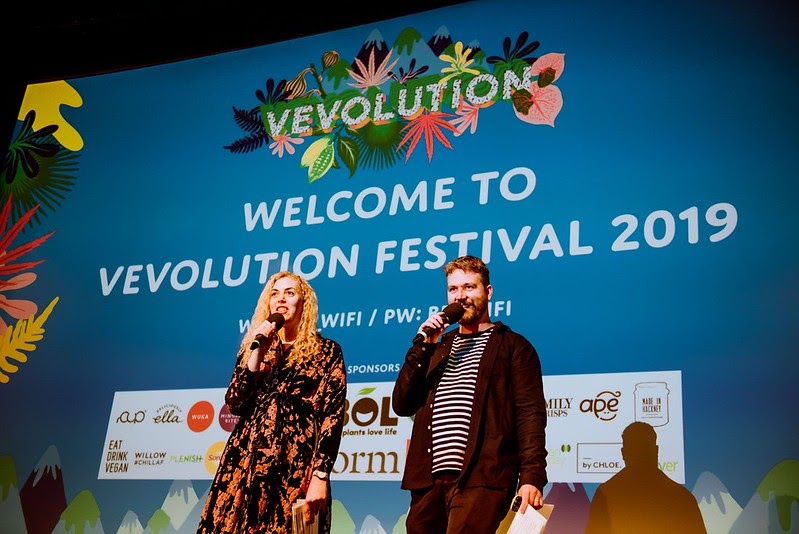 Today Vevolution, the leading technology platform serving over 1,000 plant-based and cell-based organisation members from around the world, have released revealing insights from the Vevolution fundraising platform.

Analysing over 126 investment rounds Vevolution found that on average plant-based and cell-based companies were requesting $1million funding to fuel their growth plans and that over $130 million of funding had been sought after on the Vevolution platform.

Vevolution investors which include the likes of Veg Capital, Blue Horizon, Dismatrix, New Crop Capital and more are raving about their easy-to-use technology. Since the initial re-launch of Vevolution in December, 2020. The Vevolution Investor Membership continues to grow with a now buzzing 40+ individual investors and VCs from around the globe. Companies like Evo Foods, No Evil Foods, Mighty Plants, and VeggieVictory have secured funding using Vevolution’s fundraising platform. The success stories are a clear indicator of more to come, with likely “dozens of other success stories releasing later this year,” says Co-Founder Damien Clarkson (pending due diligence).

In May of this year Vevolution launched their jobs platform. Vevolution Jobs allows employers to find top tier talent with similar matchmaking tech developed for Vevolution’s fundraising platform. In just a few months nearly 100 plant-powered jobs have been added to Vevolution, and it’s a new spot where some of the fastest growing startups are finding talent. VFC, founded by Veg Capital’s Matthew Glover, was able to quickly hire for their open role. Imogen Hibberd said, “Vevolution is an extremely useful recruitment platform for vegan businesses with features that helped us keep track of applicants.”

New features and services to support plant-based and cell-based startups aren’t slowing down. As of July Vevolution has beta launched their new ‘Hubs’ platform. Vevolution Hubs is a peer to peer learning technology. Users are able to gain knowledge, ask questions, and join discussions to gain collective industry insights. It’s a safe space for like-minded peers who are working through the same challenges. Vevolution Hubs is a focused space where members are asking questions about manufacturing agreements, the cost-parity of fermentation dairy products, and the masculinity of plant-based products.

This success now kicks off the search for a new executive to lead the Vevolution staff into the next growth phase. Co-Founders Damien Clarkson and Judy Nadel will transition to board positions with Vevolution, as they prepare for their late-summer launch of their new pet food company, THE PACK which looks to disrupt the vegan pet food industry. The Vevolution team has listed the position, utilizing their own Jobs Platform to find their CEO. The hire will be responsible for working in partnership with the board for driving Vevolution forward into a new and exciting era.

The Vevolution team has been waiting for months to reveal their first set of data on the state of fundraising for the plant-based and cell-based economy. Never before has there been a collection of organizations, entrepreneurs, and capital. All of the following data is based on a total of 126 rounds added to the Vevolution fundraising platform during Q1-Q2, 2021. All currency is converted to USD. Statistics reflect ONLY fundraise amounts added to Vevolution, and not actual invested amounts:

Vevolution is currently fundraising using their own platform to connect with investor members. Investors who join the round will be joining leading European plant-based investor Capital, V and Veg Capital as investment firms backing the pivotal role Vevolution can play in the evolution of the plant-based and cell-tech ecosystem over the coming years.

Clarkson adds: “Vevolution presents an unique opportunity for investors to be closer to the booming plant-based and cell-tech ecosystem. We are fielding a lot of interest from investors taking a strategic position within the space who want to support us in scaling this into the market leading ecosystem for the plant-based and cell-tech movement.” Investors can contact the Vevolution team directly to learn more about their fundraising round.