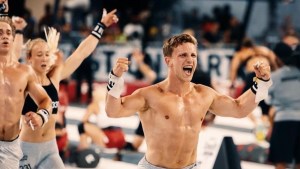 A predominantly vegan team has placed fourth in the world in this year’s CrossFit Games. The annual competition sees top athletes squaring off for the title of ‘fittest in the world’.

The Games usually run for three to five days and include 12 to 15 events.

CrossFit Games does not typically announce which events will be included, meaning participants face unexpected challenges.

Fourth in the world

Three out of four athletes follow a plant-based diet – Lilley, van Overveld, and Reijnders. “A fourth place always stinks. But to be honest, being the 4th fittest team on EARTH is UNREAL! I am so proud of my teammates. We dreamed and believed. Onto the next adventure,” van Overveld wrote on Instagram.

“I would say this feels like a dream but it is far from that … this was not a dream, this was reality. [The team] deserve to be here! They are our heroes and I’m really struggling to put the words together so all I will say is this, this is the proudest I/we have ever been!” the Motion Training Instagram account wrote.

“All of this was earned, nothing was given … Thank you for motivating us all.”

A growing number of athletes are ditching animal products and seeing the results.

Vegan Olympian David Verburg holds gold medals in the 4 × 400m relay for the 2016 Olympics, the 2013 and 2015 World Championships, and the 2014 Indoor World Championships. He says his plant-based diet has helped his energy levels.