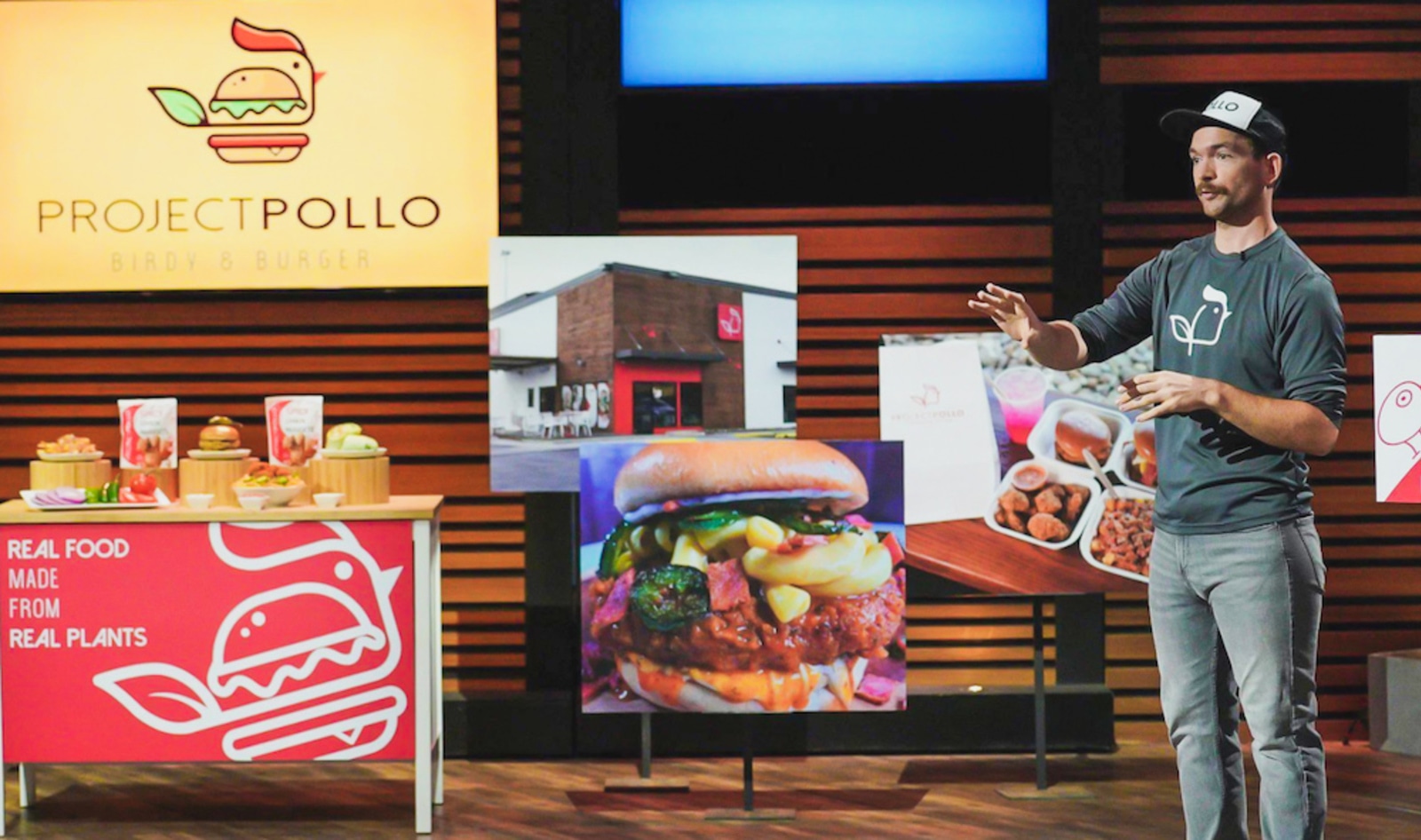 Vegan fast-food chain Project Pollo is on a mission to put Chick-fil-A out of business by 2030, and it may soon be getting a boost of help from a few “sharks.” Project Pollo founder and CEO Lucas Bradbury will appear on tonight’s season finale of ABC’s Shark Tank, where he will have the opportunity to pitch his business to celebrity investors Mark Cuban, Lori Greiner, Daymon John, Barbara Corcoran, Kevin O’Leary, and Robert Herjavec.

A longtime fan of the show, Bradbury credits billionaire Mark Cuban—Shark Tank’s resident vegetarian—for starting the CEO’s journey to the ABC reality show. “It was a Sunday evening, and I received an email from [Cuban] saying, ‘I think Project Pollo should go [on] Shark Tank,” Bradbury told VegNews. “He copied in the casting director. I’ll never forget where I was, what I was doing, or what I was eating.” After months of waiting and working on how to present the company on the show, Bradbury’s pitch day came on Project Pollo’s first anniversary, September 18, 2021. “I was shocked and super ecstatic to have the opportunity to be in a room of such talented people and get feedback,” said Bradbury.

Before arriving on set, the founder had only one goal for his time with the sharks: act in the best interest of Project Pollo. “We were very open and receptive to partnering [with a shark], but we also knew going onto the show that we wouldn’t undervalue the business. Sharks can be very beneficial […] but I knew we wouldn’t sell ourselves short,” he said.

Bradbury is an entrepreneur and longtime vegan who never expected to open a plant-based chicken chain during the height of a global pandemic. At the close of 2019, Bradbury decided to walk away from another Texas-based vegan restaurant to focus on starting a family. The COVID-19 pandemic threw his plans for a loop, and the entrepreneur jumped back into the service industry headfirst.

The idea for Project Pollo first emerged after Bradbury took notice of the countless fast food-chains increasingly closing locations permanently. Bradbury focused on vegan chicken to fill a white space in the growing plant-based movement—which is dominated by companies making alternatives to beef. Because poultry is the most consumed meat worldwide by weight, he also wanted to create a chain that would be appealing to global palettes.

Bradbury tested out Project Pollo for the first time after he was approached by a local brewery interested in launching a food concept in order to meet re-opening eligibility requirements set during the COVID-19 pandemic. On September 16, 2021, Bradbury purchased a food truck, finalized a menu the next day, and officially opened for business on September 18.

Project Pollo is for the people

With Project Pollo, Bradbury hopes to change the way people in the US are eating and aims to “move the needle of mass consumption” in favor of sustainable, plant-based options. And he’s right on track—Project Pollo is well on its way to operate 100 locations by the end of 2025. Accessibility, Bradbury notes, is also crucial.

After the founder challenged his family to eat plant-based for the month of May 2020, they reported enjoying the health benefits but ultimately felt the lifestyle was unsustainable due to the lack of affordable, readily available alternatives. This only reiterated the need for affordable options at Bradbury’s then emerging fast-food concept.

Outside of Project Pollo’s rapid expansion, Bradbury is partnering with Beyond Meat for a free burger giveaway the week of May 29 at all Project Pollo locations. Come November, the chain is joining forces with vegan chicken brand TiNDLE to provide free food in honor of World Vegan Month.