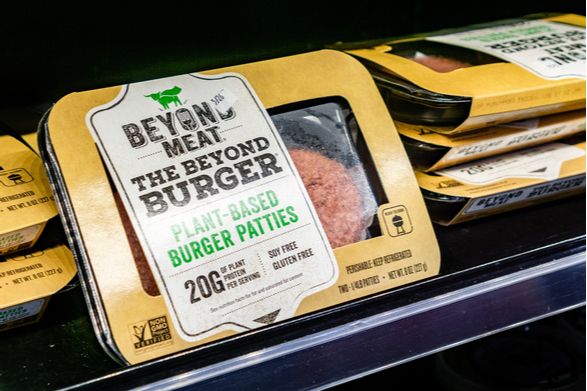 Not all of the ads during last night’s Super Bowl were funny or entertaining. Alarmism was on full display and no doubt, some consumers are more worried today than they were before the game. That’s too bad.

Take this ad targeting lab-grown or synthetic meat. In it, a cute little girl is standing on a stage competing in a spelling bee. She is given the word “methylcellulose.” Looking stumped, she asks for the word’s meaning.

The spelling bee’s announcer offers this: “It’s a chemical laxative that is also used in synthetic meat.”

The girl looks horrified and so should consumers, right?

A female narrator then says, “You may need a PhD to understand what’s in synthetic meat. Fake bacon and burgers can have dozens of chemical ingredients. If you can’t spell it or pronounce it, maybe you shouldn’t be eating it.”

This sort of alarmist narrative is usually used by food scolds who rail against what they view as overly processed foods, deli meats, sugary or salty snack foods, and quick to prepare convenience meals sold in the canned or frozen part of the grocery store.

Even the lowly loaf of sliced sandwich bread came under fire a few years ago when a semi-famous food nanny said sandwich bread was loaded with a chemical called Azodicarbonamide. The food nanny claimed that since this chemical was also used in yoga mats, the chemical’s use in any sort of food product was tantamount to eating a yoga mat (she would often pose in pictures biting her yoga mat to accompany her overwrought blog posts about toxic bread).

Yet what this food nanny failed to mention is that the sliced bread she was freaking out about only contained trace amounts of this chemical – a chemical that has been proven to be totally safe for human consumption and is included on the FDA’s GRAS list (GRAS stands for Generally Recognized As Safe). And she also forgot to mention the reason bread companies use the preservative: so that bread stays fresher, softer and mold-free longer on store shelves. That leads to less food waste and lower costs for consumers—a win for the environment and for the budget-conscience shopper.

Sadly, this same tactic is being used today to scare people about synthetic meat. That’s wrong for several reasons.

First, it’s a cheap way to hurt your competition. The cattle and dairy industries see the popularity of synthetic meat (it still only makes up a small amount of the market but synthetic meat’s popularity is growing) as a threat and they’re clearly using alarmism to fight back.

Scaring people off of these products is pretty easy to do considering the words used to describe them (even by some of the companies themselves). Words like “synthetic” and phrases like “lab grown” and “cultured meat” all generally have negative connotations for consumers—particularly at a time when the food phrase “all natural” is the hot trend.

Yet, mass-produced, lab-generated products like Beyond Meat, Impossible Burger, Just Eggs, and Beyond Eggs are a positive and safe innovation. The products tested for safety before hitting shore shelves. They offer vegans and vegetarians larger food choices and greater variability in a diet with so many limitations. Greater choices in the marketplace should be celebrated.

Second, the ad tells consumers that if you can’t pronounce or spell something, you shouldn’t eat it. For heaven’s sake, I had to spell check quinoa while writing this and I certainly can’t spell most of the ancient grains on the shelves of my fancy grocery store (a problem I share with an unnamed family member who still says coocoo instead of couScouS). What about ethnic food? Should we avoid all foods with complex names and steer clear of multisyllabic items on a menu?

And what about healthy and nutritious foods. What would people make of the humble banana? Should we all stop eating bananas because we can’t pronounce some of the things on its ingredient list?

The truth is, alarmism is everywhere these days. Even meat replacement companies use the alarmist tactic—suggesting their products will solve climate change or heal all the world’s health problems. Just watch this nauseating video produced by the Just egg replacement company to get a sense of how intolerable these people are (eating Just egg foods at a picnic while Ian the pet chicken roams around? Subtle).

Perhaps the most important lesson for consumers here is that alarmism is wrong, no matter who’s doing it. Consumers deserve better.