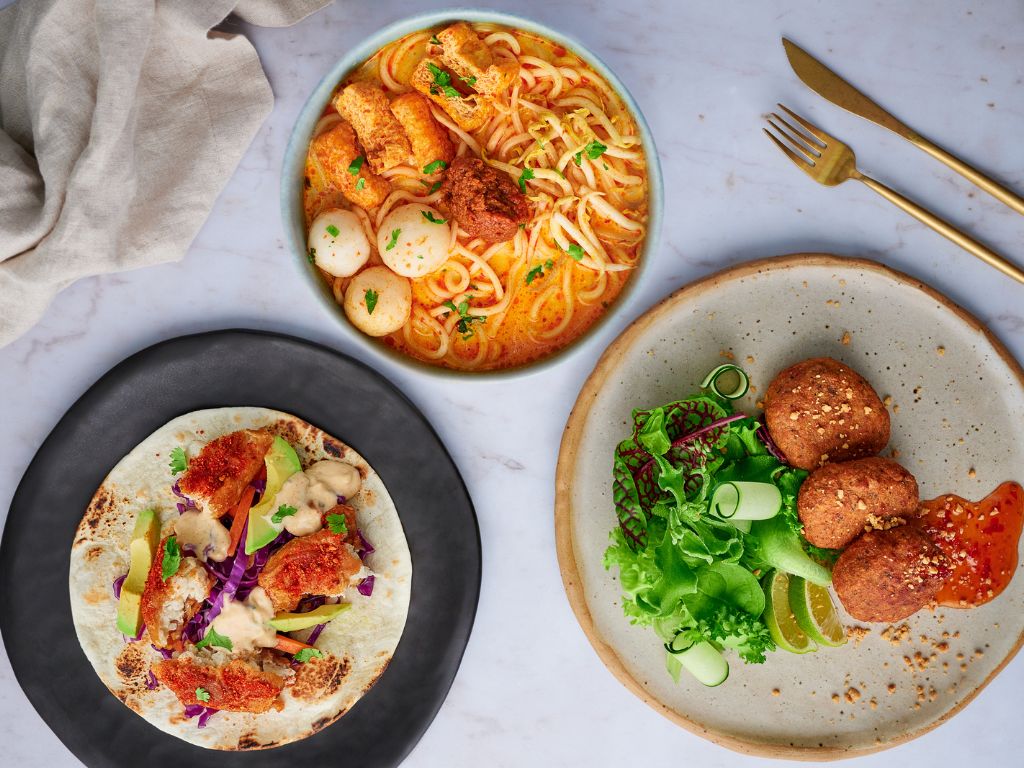 During Agri-Food Week 2022 held in Singapore later this month, Umami Meats says its structured fish filet and fish balls will debut at a private launch event. The new fish products will include Thai-style fish cakes and a battered fish filet. Both are made from Umami Meats’ cultivated fish cells.

“We’re excited to be able to showcase our first structured prototypes,” Mihir Pershad, Umami Meats’ founder and CEO, said in a statement. “With this product showcase, our goal is to demonstrate the versatility of our cultivated fish and the wide range of desirable, structured products that we plan to supply via high-end restaurants as progressive regulatory changes occur in each of our target launch markets. In the coming months, we look forward to unveiling additional collaborations that will enable us to bring premium cultivated products to discerning consumers around the world.”

The new products follow the company’s release of the world’s first fish ball laksa made from cultivated fish cells. The product is made in partnership with Ingredion, a global food ingredients provider in a move Umami says helps it to showcase a broader range of culinary applications for its cultivated fish.

“Innovation is at the heart of our partnership with Umami Meats. Working with cultivated seafood and meat presents the next step towards sustainable innovation,” Rohit Tipnis, Senior Director, Sales and Technical Service, ASEANI from co-creation partner Ingredion, said in a statement. “Through this collaboration, Ingredion introduced a functional system that provides the ideal texture and structure to the Thai-style fish cakes. Umami Meats successfully leveraged Ingredion’s formulation expertise and extensive portfolio of sustainable solutions to launch a product with consumer-preferred taste, texture and flavour in the market.”

The cultivated fish market is global

While Umami has been angling toward the Asian market with its fish ball laksa and Thai-style fishcakes, the battered cultivated fish is getting a Western makeover in tacos. It’s a move the company says shows its technological versatility and capability to produce flaky-textured fish filets that deliver on the whole cut experience.

Earlier this month, the company announced it had patented a single-cell technology aimed at bringing down the costs of cultivated meat. While there are currently no approved cultivated meat or seafood products outside of Eat Just’s Good Meat in Singapore, the industry is positioning itself for approval, preparing to launch products at scale and close to price parity. California’s BlueNalu also recently demonstrated scalability and cost reductions for its cultivated seafood.

According to Umami Meats, cultivated seafood is a necessary development to help meet the growing demand for seafood. It’s working to recreate red-listed species difficult to farm and face extinction as a result of overfishing. More than two trillion fish are caught for food every year. “The majority of these species cannot be farmed and are being harvested to extinction due to growing consumer demand and climate change,” the company says, noting that it’s cultivating these species and envisions a future in which its cultivated seafood production platform “enables food producers around the world to provide consumers with locally-produced, healthy, nutritious, and delicious seafood without depleting or degrading our oceans.”