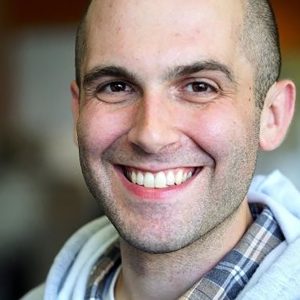 Biomanufacturing is the key to unlocking a more sustainable future. It can improve the production of food and medicine, help fortify local supply chains, and make countries more resilient in the face of global crises. Its impact on natural resource use and climate change mitigation is especially notable. We’ve seen that the technology we’ve developed is safer, cleaner, and more efficient than outdated, animal-derived processes. At Geltor, we use microbial fermentation to produce alternative proteins, and we’re seeing significantly reduced CO2 production and water usage in our biomanufacturing process compared to traditional animal-derived processes. With all these advantages, it’s no surprise that the biomanufacturing market is projected (according to InsightAce Analytic) to be worth $43.16 billion by 2030.

Today, the United States is the global leader in biotechnology, and overall, the bioeconomy makes up about 5% of our GDP. But our place at the top is far from secure, largely because of the current state of domestic biomanufacturing: While the United States has all the necessary components for the industry to thrive domestically, infrastructural obstacles have led some U.S.-based biodesign companies to take their manufacturing abroad.

These moves may seem counterintuitive at first. After all, the United States has fertile ground for a robust biomanufacturing ecosystem. While the East and West Coasts are often considered the prime hubs of tech innovation, the Midwest is actually the perfect location for a national and global biotechnology production hub. This is because the Midwest has many of the critical outputs needed for strong biomanufacturing capacity: expertise and talent, deep roots as a global agricultural hotspot, access to critical water infrastructure, and 40 years of foundational manufacturing infrastructure built by some of the biggest biomanufacturing companies in the world, including Cargill and ADM. In particular, the Midwest is a global powerhouse of corn production; Geltor and other companies like it process plant-based inputs such as corn into the sugar that renewably powers our protein fermentation. As Geltor expands from beauty and personal care products into food and nutrition, the United States is where we want to produce because the heart of innovation in biotechnology and alternative protein is here.

These fundamentals notwithstanding, right now the U.S. bioeconomy needs more infrastructure development to keep growing. The domestic biomanufacturing industry has the capacity for pilot-level manufacturing, but with current levels of infrastructure, it cannot support production scale much beyond that. Once companies grow beyond their first pilot scale-up phase—a laudable feat for biomanufacturing startups—they’re forced to scramble to find contract manufacturing partners that can meet the production demands that match their particular market interests. That’s why, despite our desire to manufacture in the United States, we’ve had to manufacture some of our products abroad. We’re not the only ones—other biodesign companies such as Perfect Day and Amyris have taken their manufacturing deals abroad to countries such as Brazil and India. Right now, these countries are better positioned to manufacture at the scale the global bioeconomy needs because both the Brazilian and Indian governments are committed to investing in their biomanufacturing infrastructure.

The pattern of offshoring we’re witnessing today is not unique to biomanufacturing businesses involved in food and wellness products—we’ve seen offshoring by a range of companies for decades. Pharmaceutical firms and semiconductor companies, for example, similarly lack the manufacturing infrastructure needed to produce at scale. Yet food, medicine, and technology are crucial tools of modern life; the United States should have direct access to these critical capabilities and control over their manufacturing. Without the infrastructure to expand our own production capabilities across these industries, the country is left vulnerable to a number of threats, including global supply chain disruptions and the political machinations of other countries. What’s more, with respect to biomanufacturing specifically, the oft-cited argument that offshoring helps companies save money is not necessarily true. At Geltor, we’ve spent a lot of time modeling these numbers, and the answer is clear: The most economically advantaged place for manufacturing products using biology is the United States.

Thankfully, promising inroads have been made in recent years: President Biden’s recent executive order on advancing biotechnology and biomanufacturing innovation shows the federal government’s interest in building out the infrastructure needed for the U.S. bioeconomy to thrive. However, the executive order is just a framework; more is needed from the federal government to set the wheels in motion.

The recent passage of the CHIPs and Science Act to bolster domestic research, development, and production of semiconductors illuminates how the federal government can use legislation to prioritize domestic manufacturing in a crucial industry. Beyond legislation, we also need a central office in the federal government that is accountable for the expansion and development of the bioeconomy. Currently, that responsibility is diffused across multiple sectors of the government, which slows down progression and stunts coordination.

Startups moving into larger-scale manufacturing will need significant capital—venture capital or equity financing alone are not tenable solutions, because building out such infrastructural capacity is not what those parts of the capital markets are designed for. The way that these facilities have been financed historically won’t work in the long term. We’ve seen this fail over and over, in prior initiatives such as the valiant effort to apply biotechnology in the production of renewable biofuels.

The most promising proof points come from public-private finance partnerships, like the collaborations between startups and agencies such as the U.S. Department of Energy (DOE). One of the first facilities that enabled Geltor to grow from laboratory to commercial scale was a DOE facility in Emeryville, CA, that was originally built and financed by government and private partners for the early-stage development of biofuels. If we anchor private-public partnerships with governmental leadership, we’ll have both the investment and direction needed to accelerate infrastructure development in the U.S. biomanufacturing industry.

Biodesign and biomanufacturing are crucial elements to the nation’s success and stability. The United States is already a global leader in biodesign innovation. By expanding our expertise and capacity to the production and manufacturing side of the bioeconomy, we can lead the country and the world into a sustainable and innovative future.

Alexander Lorestani, PhD, is co-founder and CEO of Geltor.

The post To Lead Us into the Future, U.S. Biomanufacturing Needs to Expand appeared first on GEN - Genetic Engineering and Biotechnology News.