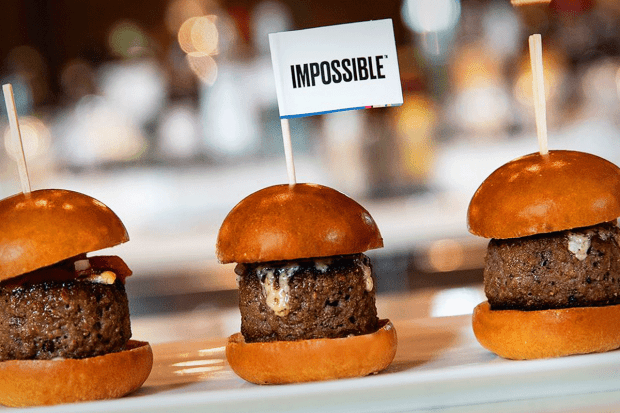 It's a brand new take on a traditional favorite, but you won't believe where it comes from.

Recently, KFC (Kentucky Fried Chicken) has been certainly innovative with its menu items.

From launching fried chicken flower bouquets called the "Kentucky Fried Buckquet" for Mother's Day, to a donut sandwich with fried chicken in the middle, KFC consistently surprises its customers.

KFC also followed in McDonald's  (MCD) - Get McDonald's Corporation Report and Wendy's  (WEN) - Get Wendy's Company (The) Report footsteps -- releasing chicken nuggets, according to Zigi Kaiser for TheStreet, in hopes of being competitive with other fast food chains.

Regardless of the creation, KFC has been keeping up with the trends, especially with the release of its new menu item.

The demand for plant-based items is certainly higher than ever.

The plant-based meat market, according to research conducted by the Good Food Institute, is worth $1.4 billion as of 2020, and is on the rise.

The market for plant-based meat products is expected to grow at a CAGR (compound annual growth rate) of 15.3% from 2021-2028. Much of the rise is tied to to the increase in veganism, empathy for animals, and overall sustainability concerns.

The plant-based craze has left businesses to meet said demands.

Cracker Barrel  (CBRL) - Get Cracker Barrel Old Country Store Inc. Report released a Beyond  (BYND) - Get Beyond Meat Inc. Report Sausage, and even though it met backlash, it has stayed on the menu since. Other fast-food joints, like Burger King  (QSR) - Get Restaurant Brands International Inc. Report, have joined forces with Impossible Foods, creating the Impossible Whopper.

One restaurant called Stalk & Spade even operates as a plant-based only fast food joint:

It's against that backdrop that KFC has decided to release a new menu item.

On August 9, 2022, KFC  (YUM) - Get Yum! Brands Inc. Report announced that it will be releasing a modified version of its Popcorn Chicken. Now, it can be eaten by vegetarians, vegans, and anyone who likes plant-based meat substitutes, if you're in the right place.

The Plant-Based Popcorn Chicken, referred to as Wicked Popcorn, is made entirely of pea protein and seasoned with Wicked Wings' spices. It will be served alongside a lime ranch sauce, which is also brand new to KFC's menu.

Sally Sprigg, KFC Australia's Chief Marketing Officer, said in a statement "We are always looking to treat our fans with new products, so we hope they'll enjoy this meat-free option which offers that great KFC taste our fans know and love."

So far, the item has met positive reviews, according to @RachaelHasldeas on Twitter  (TWTR) - Get Twitter Inc. Report:

Upon trying the site, Rachael regarded the item highly, saying it "tasted distrubingly like chicken." Gladly, that is the aim of the item--which means KFC's recipe to emulate chicken worked.

Sadly, the menu item, starting at $2.95, will only be available in Australia for a minimal time (until September 5). But, keep an eye out; if the item is a success, It could make its global debut!