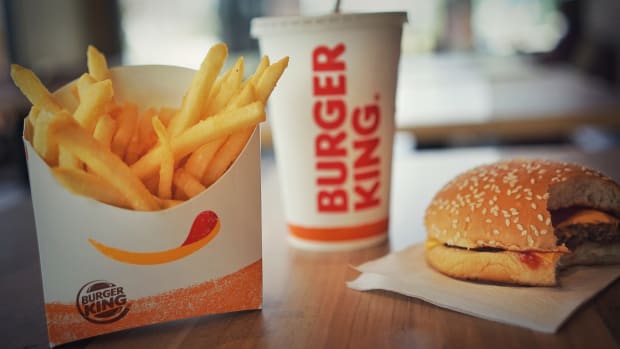 Burger King wants non-meat eaters to have choices, too.

While some fast-food chains lean into the rapidly growing demand for alternative meats and other plant-based foods, others are digging their heels into tradition and their image as a meat eater's paradise.

Before that, it already had vegetarian branches in countries such as Spain, Austria, Switzerland and Chile.

With the exception of Austria, those locations were temporary pop-ups meant as experiments to test the country's demand for a wider meat-free rollout -- and, now, the Whopper maker has set its sights on a Central American country.

This location will be meat-free, but vegetarian rather than 100% vegan.

The decision to bring such a pop-up to San Jose, Burger King said in a press release, came from the strong performance of plant-based products at Burger King restaurants in the area.

"Costa Rica is one of the best-performing plant-based markets in LAC [Latin America and the Caribbean] for Burger King, based on sales of the Veggie Whopper at the company's retail locations," the company said.

As in other countries, the pop-up will be available for a temporary period of time and serve as a test run for what can potentially be a permanent plant-based Burger King.

"We recognize the changing needs of our guests and our planet," Iwo Zakowski, Burger King's global head of marketing, said in a statement. "Our goal is to offer the widest possible variety of nutritious meat-free meals to the largest possible demographic intersection."

Is The Future Of Fast Food Plant-Based?

While stock of alternative meat makers like Beyond Meat  (BYND) - Get Beyond Meat Inc. Report have been floundering amid an explosion of newcomers to the market, the plant-based market is still expected to reach $24.8 billion at a CAGR of 19.3% by 2030 as more people in Western countries try to minimize meat consumption for reasons ranging from health to meat's environmental impact.

Fast-food chains, in turn, have been responding to the growing demand with more new products. Back in March, Starbucks  (SBUX) - Get Starbucks Corporation Report added its third shaken espresso with an alternative milk to its menu while Shake Shack  (SHAK) - Get Shake Shack Inc. Class A Report toyed with a new nondairy chocolate frozen custard at some New York and Florida restaurants.

"Plant-based foods are not alternatives or substitutes at Peet's Coffee," Lori Fulmer, a senior manager at Food R&D for Peet's Coffee, said in a statement in March. "[Over] the last 12 months, the number of plant-based meat, cheese and dairy products available to consumers in the marketplace has more than doubled."

McDonald's  (MCD) - Get McDonald's Corporation Report, in turn, chose a different route and recently confirmed that it was ending its prolonged trial run of the McPlant after weak sales.