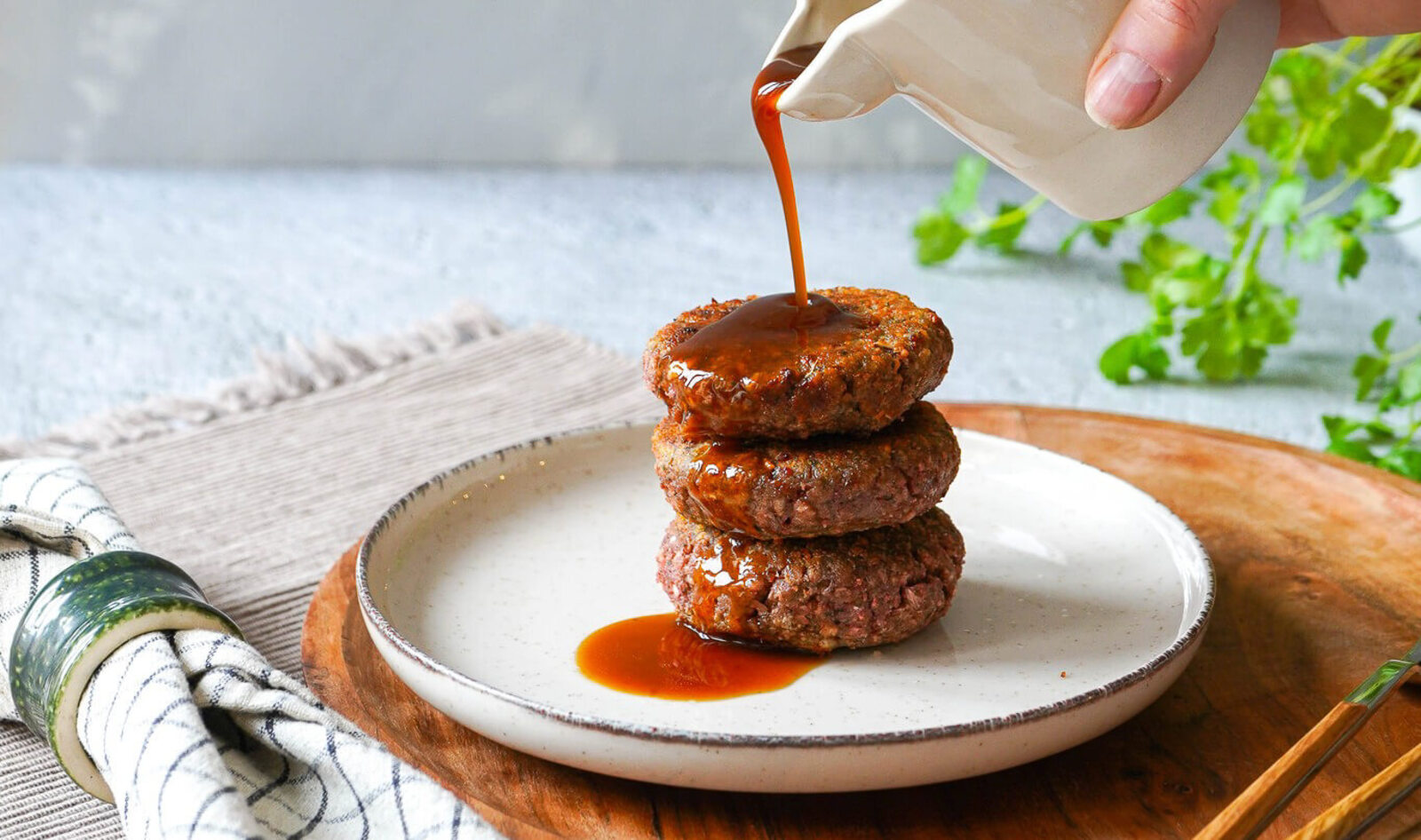 Swapping out beef for pea protein-based meals twice per week equates to saving 2.4 million metric tons of methane every year, plant-based company GREENFORCE found in a new data analysis. Since methane is a powerful greenhouse gas, GREENFORCE quantified these significant savings even further to demonstrate impact.

The 100-year global warming potential (GWP) of methane is a minimum of 28—which means that 1 metric ton of methane emission in the atmosphere creates the same warming as 28 metric tons of carbon dioxide (CO2). This means that making the dietary switch from beef to pea protein would result in a savings of 67.3 million metric tons of CO2 equivalent.

Looking at it another way, if this switch were implemented in the United Kingdom, it would offset 52 percent more than the equivalent of the carbon footprint produced by the country’s aviation industry (which in 2018 was recorded as 39.3 metric tons). GREENFORCE spokesperson and record-breaking strongman Patrik Baboumian is calling for this change as part of a meaningful effort to mitigate the climate crisis.

“We have an excellent opportunity to combat global warming and make big savings in our greenhouse gas footprints, as well as our land and water footprints by altering our food choices away from meat, particularly beef,” Baboumian said in a statement. “Just by switching a few meals a week to plant-based options, we can make a hugely beneficial impact for our climate and help preserve our land, soil, and water systems.”

This recent analysis adds to a growing body of research that shows that diet change can help fight climate change. According to a comprehensive Oxford University study released in 2018, the meat and dairy industries are responsible for 60 percent of global greenhouse gas emissions, and if individuals removed animal products from their diets, they would reduce their carbon footprint by 73 percent.

GREENFORCE is a German startup founded on the principles of drastically reducing environmental impact with its shelf stable, pea protein-based meals that use eight times less water and 48 times less land than ground beef.

“When we look at the findings of this analysis, the results are truly eye-opening; clearly, the responsible choice is plant protein, particularly pea protein; there’s no denying this now,” Baboumian said. “It just goes to show another powerful reason to choose peas and plants over animals when it comes to your protein sources.”

While GREENFORCE’s shelf stable mixes are specifically designed to maximize environmental benefits, pea protein is also used as a base by many other companies, including vegan meat brand Beyond Meat and plant-based dairy company Ripple.

Methane is fueling the climate crisis

Methane—which is emitted by animals in agriculture through burps and flatulence—is a powerful greenhouse gas and scientists have warned for decades about its potential to drive our planet to a point of no return.

In its latest report released in April, the Intergovernmental Panel on Climate Change (IPCC) advised that in order to give humanity any chance at reversing the climate crisis, methane emissions must be slashed by 33 percent by 2030. “It’s now or never, if we want to limit global warming to 1.5°C (2.7°F),” IPCC Working Group III Co-Chair Jim Skea said in a statement. “Without immediate and deep emissions reductions across all sectors, it will be impossible.”

World leaders somewhat headed the calls to cut methane emissions during the COP26 last fall where United States President Joe Biden, in partnership with the EU, committed to the Global Methane Pledge (which already had 100 countries onboard) to slash methane emissions by 30 percent by 2030. However, Biden mostly failed to discuss how the US will focus on reducing animal agriculture’s methane emissions, choosing to instead focus on plugging leaks in gas pipelines.

While governments drag their feet on meaningful methane-cutting solutions, personal dietary changes, as shown by GREENFORCE’s analysis, can help move the needle in the right direction.

For the latest vegan news, read:
How Burger King Austria Is Making Vegan Whoppers the Norm
How These Startups Are Making Vegan Hard-Boiled Eggs
A Vegan Fungi Protein Bioreactor Is Aboard the New SpaceX Mission