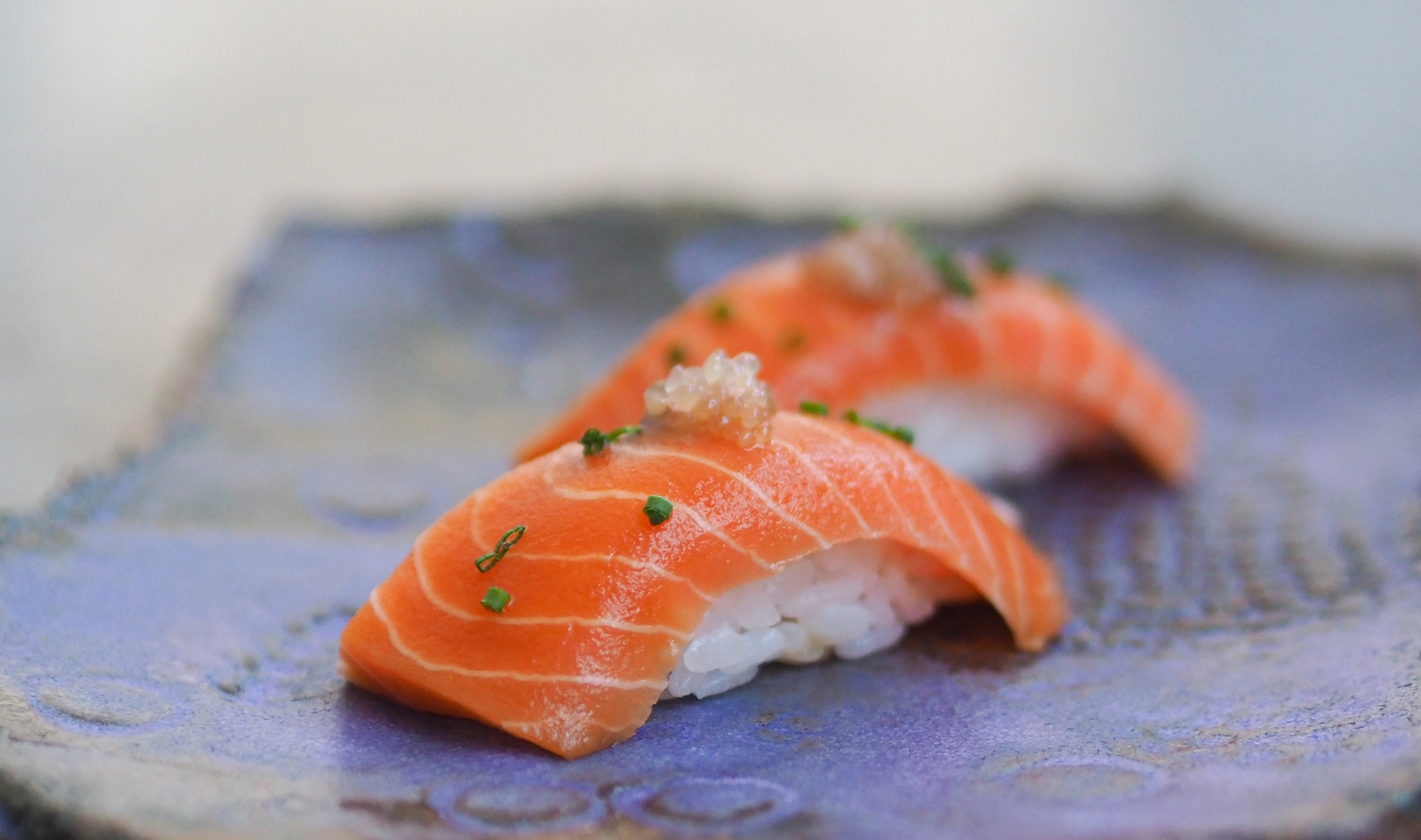 This fall, a first-of-its-kind sushi bar is slated to open in San Francisco, CA where all the fish on the menu has never been pulled from the ocean, or been alive, for that matter. That’s because the sushi bar is operated by Wildtype, an aquaculture startup that grows sushi-grade salmon from a small amount of fish cells in a lab-setting. Adjacent to its pilot production facility, the sushi bar will be part of a complex operated by Wildtype and designed by acclaimed architect Shuo Zhai which features an education center with bleacher seating and a glass door separating the tasting room from the production floor—elements that promote transparency in the novel cultivated meat industry, and a stark contrast to the opacity of the global industrial fishing industry.

Founded by cardiologist Aryé Elfenbein and former diplomat Justin Kolbeck, the company aims to reduce the stress caused by industrial fishing on the oceans by offering a cell-based fish alternative that is identical to its animal-based counterpart in all the ways that matter. “Global demand for seafood is outpacing supply, so the status quo needs to change. Our pilot plant will showcase the promise and wonder of growing fish fillets using cell cultivation,” Elfenbein said. “In addition to being designed to shorten innovation cycles and facilitate the scaling of food production, the facility will be a place where the public can learn about this fascinating new technology.”

Wildtype’s pilot plant recently became operational with a near-term capacity of producing approximately 50,000 pounds of seafood per year. At maximum capacity, the plant will be able to produce upwards of 200,000 pounds of slaughter-free seafood annually. Bringing that cell-based fish to market is complicated by the fact that the United States has yet to grant regulatory approval for meat made in this way. However, that may soon change as the Food and Drug Administration (FDA) is now moving through a pre-market consultation process.

Currently, Singapore is the only country in the world to allow the sale of cell-based meat. After a lengthy and thorough process, Singapore granted regulatory approval for the sale of Eat Just’s cell-based chicken bites late last year. Shortly thereafter, the California-based startup partnered with experiential restaurant 1880 to showcase its GOOD Meat Cultured Chicken on the menu in a variety of dishes made to spark a conversation about the past, present, and future of the global food system. While 1880’s tasting was the first time that cell-based meat was sold anywhere in the world, it wasn’t the first time that it was sampled by the public. Last year, Israel-based food technology startup SuperMeat unveiled the world’s first lab-grown meat restaurant called “The Chicken,” a test kitchen that sits adjacent to its pilot production plant—similar to what Wildtype plans to do with its sushi bar. There, SuperMeat served guests samples of its lab-grown chicken in two burger options, along with other dishes to highlight the star ingredient.

In the seafood realm, San Diego-based BluNalu held a tasting of its yellowtail amberjack in 2019 for investors and global partners where its chefs prepared the lab-grown fish in traditional ways (raw, acidified, and cooked) to show its versatility. In addition to yellowtail, BlueNalu has successfully created other finfish products, including mahi mahi and red snapper, and aims to launch them this year, pending regulatory approval. In Singapore, local aquaculture startup Shiok Meats is developing cell-based shrimp, lobster, and crab to tackle the cruel crustacean industry in the Asia-Pacific region where slave labor continues to be a human-rights issue. Last year, the startup raised $12.6 million to fund its mission and aims to launch its first commercial product, diced shrimp, in 2022.

Saving the oceans with vegan seafood

While the plight of our oceans has been discussed for decades, documentary film Seaspiracy—made by Kip Andersen, the filmmaker behind Cowspiracy and What the Health?—brought the horror of the global industrial fishing industry back into the spotlight when it premiered on Netflix in March. The need to develop novel solutions to save the oceans has never been greater and both cell-based companies and plant-based seafood producers are stepping up to the challenge.