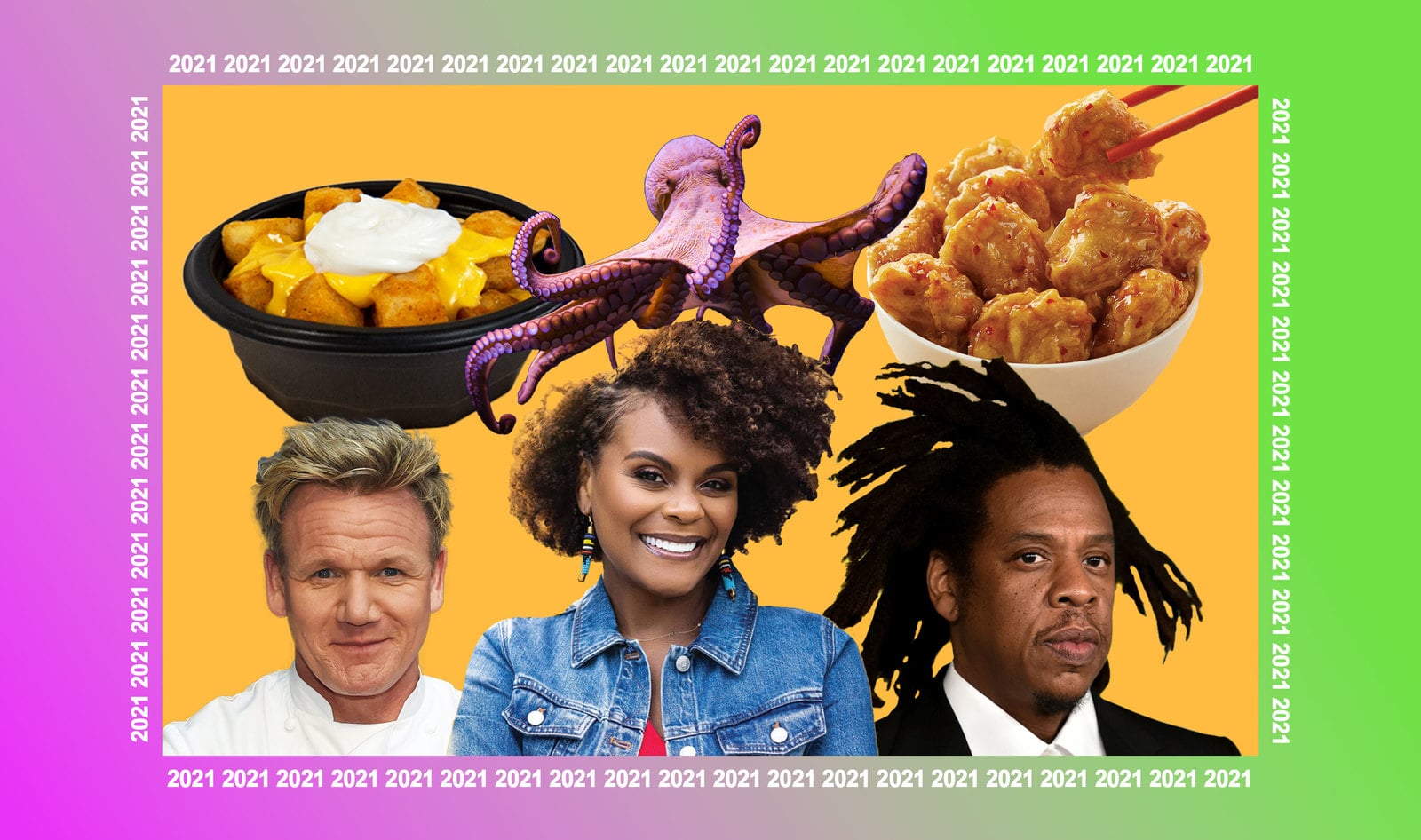 From the return of Taco Bell potatoes to vegan celebs, the hottest vegan grocery store finds, eye-opening health studies, and monumental legislation, 2021 has been a headline-making year, to say the least. To celebrate the end of this incredible year, and to gear up for a promising vegan future, we’ve compiled the stories on VegNews.com that kept our readers coming back for more. We present the most talked-about stories of 2021!

Thanks to a new study, we now see the increased risks associated with a keto diet, including heart disease, kidney failure, Alzheimer’s disease, diabetes, and cancer.
Read it here

Hollywood star Olivia Newton-John—known best for her starring role as Sandy in classic film Grease—is dabbling in a plant-based diet to help her battle cancer.
Read it here

After the release of undercover videos documenting extreme animal abuse at its farms, dairy company Fair Oaks’ CEO resigns, and its COO and CSO positions are terminated.
Read it here

From Fruit by the Foot and Thai-inspired Doritos to old-school cult classics like Swedish Fish and Uncrustables, you can find these accidentally vegan snacks on practically any store shelf whenever a snack attack comes on.
Read it here

After turning down an offer of $1 million from ABC’s hit show, Deborah Torres—founder of vegan fried chicken company Atlas Monroe—maintains 100-percent ownership of her company and has even sold one million pounds of chicken this year with the opening of a new, multi-million-dollar manufacturing facility.
Read it here

Musician and entrepreneur Jay-Z is now an investor in plant-based chicken company SIMULATE, which recently raised $50 million to make vegan nuggets and patties.
Read it here

There’s a reason vegans flock to this popular grocery store chain. Between the brand’s offerings of vegan chocolate chip cookies, cashew cheese, frozen novelties, and major finds from Impossible Foods and Miyoko’s Creamery, this handy guide lists all the must-haves for your next grocery trip.
Read it here

8 Eating One Hot Dog Shortens Healthy Life by 36 Minutes, Study Finds. Eating One Peanut-Butter and Jelly Sandwich Can Help Get It Back.

According to a new study, eating just one animal-based hot dog shaves minutes off a healthy life. However, eating plant-based foods such as peanut butter and jelly sandwiches is beneficial for health and the environment.
Read it here

How much is too much for seasoning? Vegan influencer Tabitha Brown released her limited-edition Sunshine All Purpose Seasoning with spice brand McCormick, which sold out in minutes. Before a restock could happen, a black market of sorts formed, selling the seasoning for as much as $120.
Read it here

A Panda Express and Beyond Meat partnership meant the creation of Beyond The Original Orange Chicken, a fully plant-based chicken entrée at the fast-food hotspot.
Read it here

As new variants of COVID-19 emerge, could dark chocolate help provide an answer?
Read it here

13 UK Recognizes Lobsters, Octopuses, and Crabs as Sentient Beings, Will No Longer Boil Them Alive

The United Kingdom’s welfare laws surrounding lobster, octopuses, and crabs are changing after a new government report found that these beings all experience pain.
Read it here

14 Trader Joe’s Is About to Launch 10 New Vegan Products. And One of Them is Boursin Dairy-Free Cheese.

15 Vegan Taco Bell Lovers, Rejoice: Potatoes Are Coming Back and Beyond Meat Is on the Way

The popular fast-food chain outraged fans last year for dropping its beloved potatoes from its menu. Luckily, thanks to the national outcry from fans, potatoes are back … and even more vegan options are on the horizon.
Read it here

World-renowned chef Gordon Ramsay used to be a huge critic of veganism, but he’s seen the light and even shared a vegan bacon recipe on his TikTok, stating that he’s “turning vegan … for lunch.”
Read it here

18 In Vogue Interview, Billie Eilish Tells Orlando Bloom Why She Has Been Vegan Since Age 12

Vegan singer Billie Eilish answered questions posed by 23 celebrities during a Vogue interview, unveiling that she learned about the atrocities of the meat and dairy industries at a young age.
Read it here

20 How to Order Vegan at Taco Bell: The Ultimate Guide

Yes, the precious potatoes are back, but what else can you eat at the iconic fast-food restaurant? We give you all the hacks.
Read it here

After Three Decades at Tyson, Two Meat Execs Jump Ship to Work for Beyond Meat