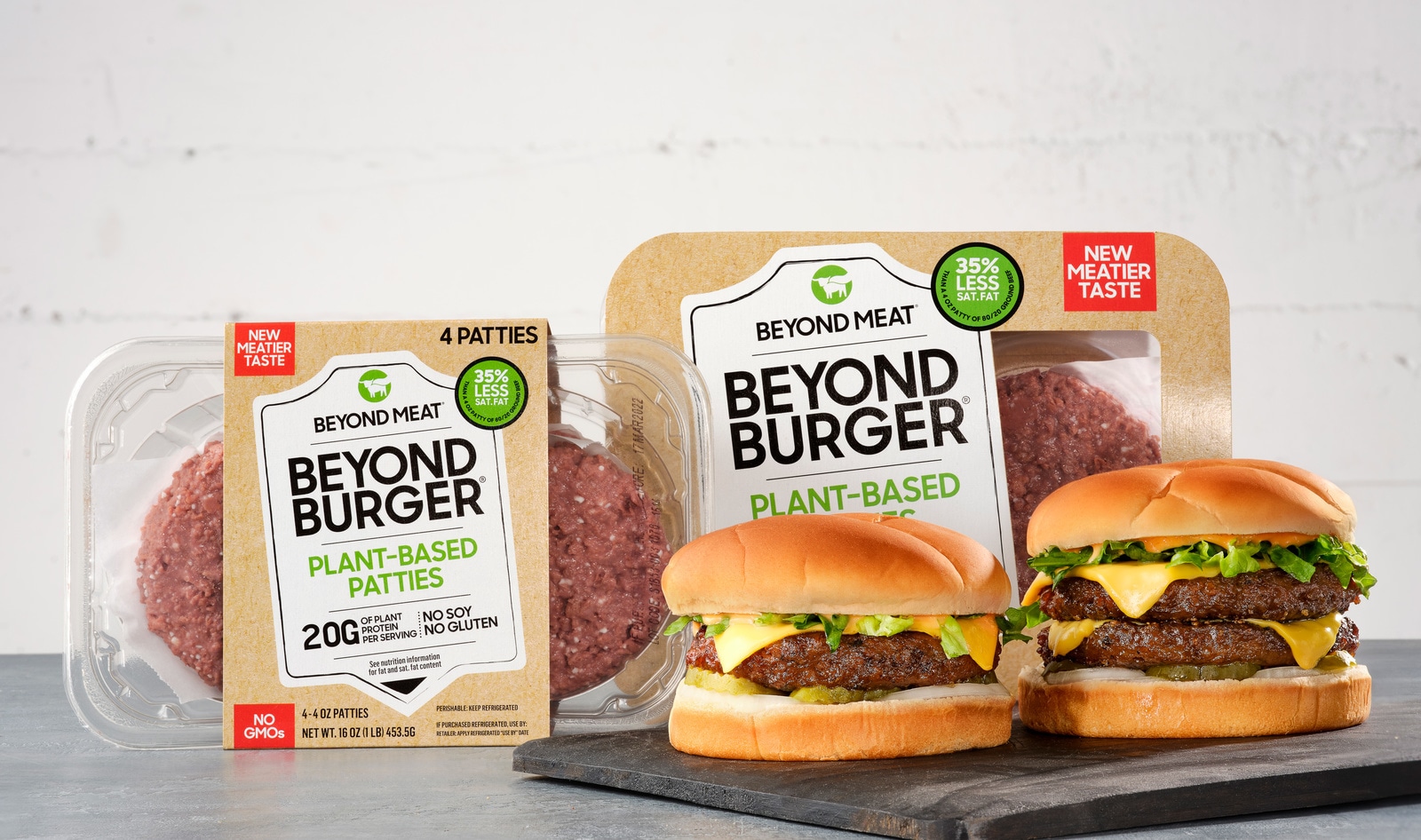 Starting May 3, Beyond Meat will roll out the newest version of its vegan Beyond Burger at retailers nationwide. The new iteration of the plant-based burger aims to better compete with animal-derived beef in a number of ways. The new Beyond Burger has 35 percent less saturated fat (and 35 percent less overall fat) than an 80/20 beef patty. The new patty is fortified with B vitamins and minerals comparable to the nutritional profile of beef. Whereas the brand’s original Beyond Burger was sold in two-patty packs, the new iteration will be available in both two-patty packs and bulk four-patty packs ($9.99) to better compete with the price of beef. The new vegan meat will also be offered as a one-pound Beyond Beef pack later this summer.

“We are continuously working on understanding beef flavor at a deeper level to ensure our plant-based beef platform delivers a delicious and satisfying sensory experience,” Dariush Ajami, Chief Innovation Officer at Beyond Meat, said. “The new Beyond Burger’s rich flavor profile resembles that of ground beef, and extensive testing with our consumers validated this new flavor direction with likeability scoring on-par with 80/20 ground beef burgers.”

On May 1 and May 2, Beyond Meat will host pop-ups in six cities (Los Angeles, Miami, Atlanta, New York City, Dallas, and Chicago) to give customers a free, sneak peak of its new, meatier vegan patty.

Beyond Meat launched the first iteration of the Beyond Burger in 2016 and has since released a variety of plant-based meats, including Beyond Sausage, Beyond Breakfast Sausage, and Beyond Meatballs. The brand is currently distributed at approximately 28,000 retail outlets in the United States and in 80 countries worldwide. Last month, the Beyond Burger launched at 7,000 locations of pharmacy chain CVS.

Starting in June, Beyond Meat will also introduce Beyond Burger 3.0 with its foodservice partners and will release another Beyond Burger patty with half the saturated fat in 80/20 beef later this year. The brand is also establishing the Plant-Based Diet Initiative Fund at the Stanford University School of Medicine to accelerate research that will help drive innovation in the plant-based meat space.

“The launch of the latest Beyond Burger iteration is another strong step forward in providing consumers with absolutely delicious plant-based meat that is better for people and the planet, no sacrifice required,” Beyond Meat Founder and CEO Ethan Brown said. “It is my hope that these meaningful advances in taste and nutrition, using only non-GMO plant-based ingredients, will delight existing consumers and invite others to join us in Going Beyond.”