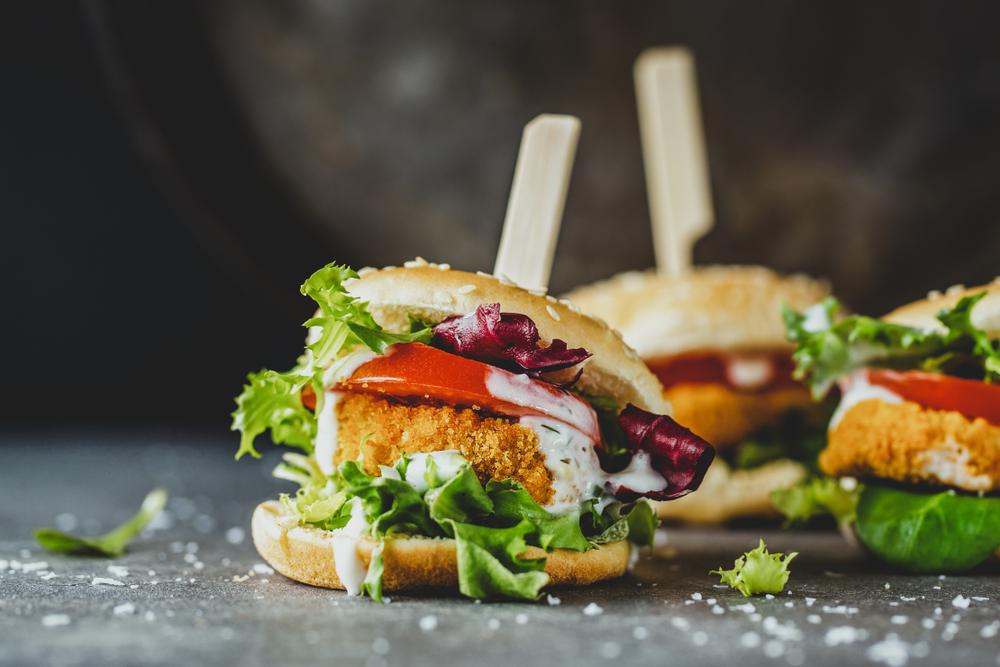 Whether you’re in the market for plant-based chicken because you are vegan or are simply trying to cut back on meat, here are the best US brands you should try.

Take one peek at the frozen section at the supermarket and it is easy to see that plant-based chicken is the meat alternative buzzing these days. From delectable chicken-free nuggets to vegan buffalo wings, there doesn’t seem to be much that we cannot find in that department.

Not to date myself here, but I honestly remember myself as a new vegan with two options of faux meat: tofu and Boca patties. Now, don’t get me wrong, they both still hold a dear place in my plant-based heart, but not only am I thrilled to have a plethora of new meal options, but this advancement in the veggie meat aisle shows exactly how far the vegan movement has come.

What is plant-based chicken?

Simply put, plant-based chicken is a vegan food product created from plant ingredients designed to mimic the taste and texture of chicken. While every brand’s secret formula is different, the main bases for most are soy or pea protein.

For carnivores, chicken is often considered a healthy meat option, but the truth tells a different story. A recent study found that consuming white poultry resulted in similar blood cholesterol levels as one would see from consuming red meat. It also noted that both red and white meat caused significantly higher cholesterol levels than plant-based options.

Additionally, a Consumer Reports analysis of raw chicken from national retailers found that 97% of the chicken sampled “harbored bacteria that could make you sick”.

By now we all understand the animal welfare issues that arise with animal agriculture, including raising chickens for human food, it also comes at a high cost to the environment. The farming of chickens pollutes the land, air, and water with faeces, chemicals, bacteria, and more.

Whatever the reason for ditching chicken, there are luckily countless alternatives that will make switching oh so easy.

NUGGS was founded in 2019 by 19-year-old tech entrepreneur Ben Pasternak. The company, known worldwide for its vegan chicken nuggets, is now called Simulate. It sold over one million pounds of plant-based chicken in its first year and has since been dubbed “the Tesla of chicken”.

One of the original vegan meat companies, Tofurky was founded in 1980 by Seth Tibbot. The family-owned company started with the intention to help vegans to feel included on holidays with its now legendary Tofurky. It has since launched dozens of plant-based products, including its Slow Roasted Chick’n.

Field Roast is another plant-based meat company that has been on the block for a while. Founded in 1996 by David Lee, the Seattle-based company crafts vegan meats with spices, grains, and healthy fats. Its incredible plant-based chicken products include FRuffalo wings, smoked apple and sage sausage, and nuggets.

It is safe to say that Gardein has worked its way up to cult favourite amongst vegans and meat-eaters alike, and it is clear to see why. Its wide product range offers the best in meat patties, meatballs, and, of course, chicken.

Gardein’s chicken products include wings, tenders, strips, patties, filets, sliders, and more. Its versatile flavors offer something for everyone and include chipotle, teriyaki, chipotle-lime, and Nashville hot, to name a few.

No Evil Foods is slightly newer to the game, coming into the plant-based foods scene in 2014. Founders Mike Woliansky and Sadrah Schadel set out with a mission to “put more good into the world”. They started their hustle by selling their products out of a cooler at the Asheville farmer’s market.

Today, No Evil Foods’s sausage, chorizo, pulled pork, and chicken products can be found in supermarkets across the globe. Its plant-based chicken, the Comadre Cluck, is incredible in stews, pot pies, and stir-fries.

Alpha Foods set out on a goal to make eating meatless easier. Its product range does just that. From its burritos to pot pies, plant-based eating is as easy as one, two, three. Its plant-based chicken options include some delicious nuggets but also a chicken fajita burrito and chicken and pesto pot pie.

Daring was determined to create plant-based chicken that looks, cooks, and tastes just like its animal-based counterpart. It carefully crafted its products with a few, simple ingredients to create a healthy and high-protein product. Its chicken pieces come in original, cajun, lemon and herb, and breaded varieties.

Born in California, Sweet Earth’s mission is to provide plant-based foods without compromising the taste and it has done just that. From its heat-and-eat bowls to its vegan bacon, Sweet Earth’s products hit the mark every time. Its fan-favourite chicken strips are available in original, Korean barbeque, chipotle, and seasoned styles

Another pioneering brand, Boca has been around for a while, and it really was one of the first plant-based meat brands out there. It personally got me through my early vegetarian years and still is a favourite in our house today. Its chicken patties, particularly the buffalo chicken patties, are almost always in our freezer.

The post The 9 best plant-based chicken brands in the US appeared first on The Vegan Review.