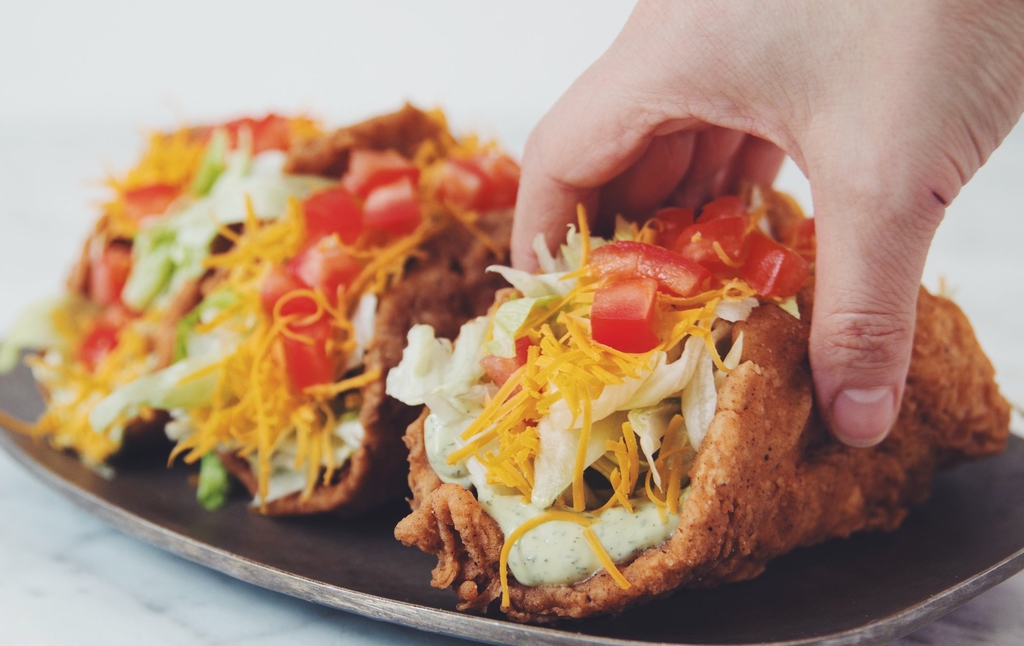 Fast food giant Taco Bell is testing a new Chalupa Shell made from vegan chicken, as part of increasing plant-based meat items on its menus.

The trial is taking place at the chain’s test kitchen in California, US.

For a limited time, customers in the Irvine area will be able to try the Naked Chicken Chalupa with a Crispy Plant-Based Shell. Fillings include the breaded fried vegan chicken, made with pea protein, as well as lettuce and tomatoes. Whilst it usually contains cheddar cheese and a ranch dressing, to veganize the dish customers can order it without*.

Senior Manager of Global Nutrition and Sustainability at Taco Bell is Missy Schaaphok. ‘At Taco Bell, we’re pushing the limits of what people have known vegetarian and vegan items to look like within the quick-service restaurant industry. ‘No matter one’s lifestyle, everyone should have access to delicious and crave-able food, whether that’s in the shape of our iconic Chalupa Shell or in a way that we have yet to introduce’, Schaaphok told VegNews. The Naked Chalupa is available for $3.49 until June 27 – unless the chain runs out of stocks before then.

The American chain announced it was ‘definitely’ working on plant-based proteins last year. This was set to be part of a ‘menu revolution’. In keeping with that claim, Taco Bell launched vegan meat made from oats in a UK trial at the start of 2021. Further trials indicated the chain was testing its own plant-based proteins in partnership with Beyond Meat inside the Cravetarian Taco. It’s testing a ‘wide range’ of meatless options, the company confirmed. *It is always best to check with Taco Bell staff on which items are vegan-friendly The post Taco Bell Trials New Vegan Chicken Chalupa Shells In Move To Increase Plant-Based Meat Options appeared first on Plant Based News. plant-based vegan meat plant based beyond meat nasdaq-bynd meat chicken cheese dressing protein stocks industry