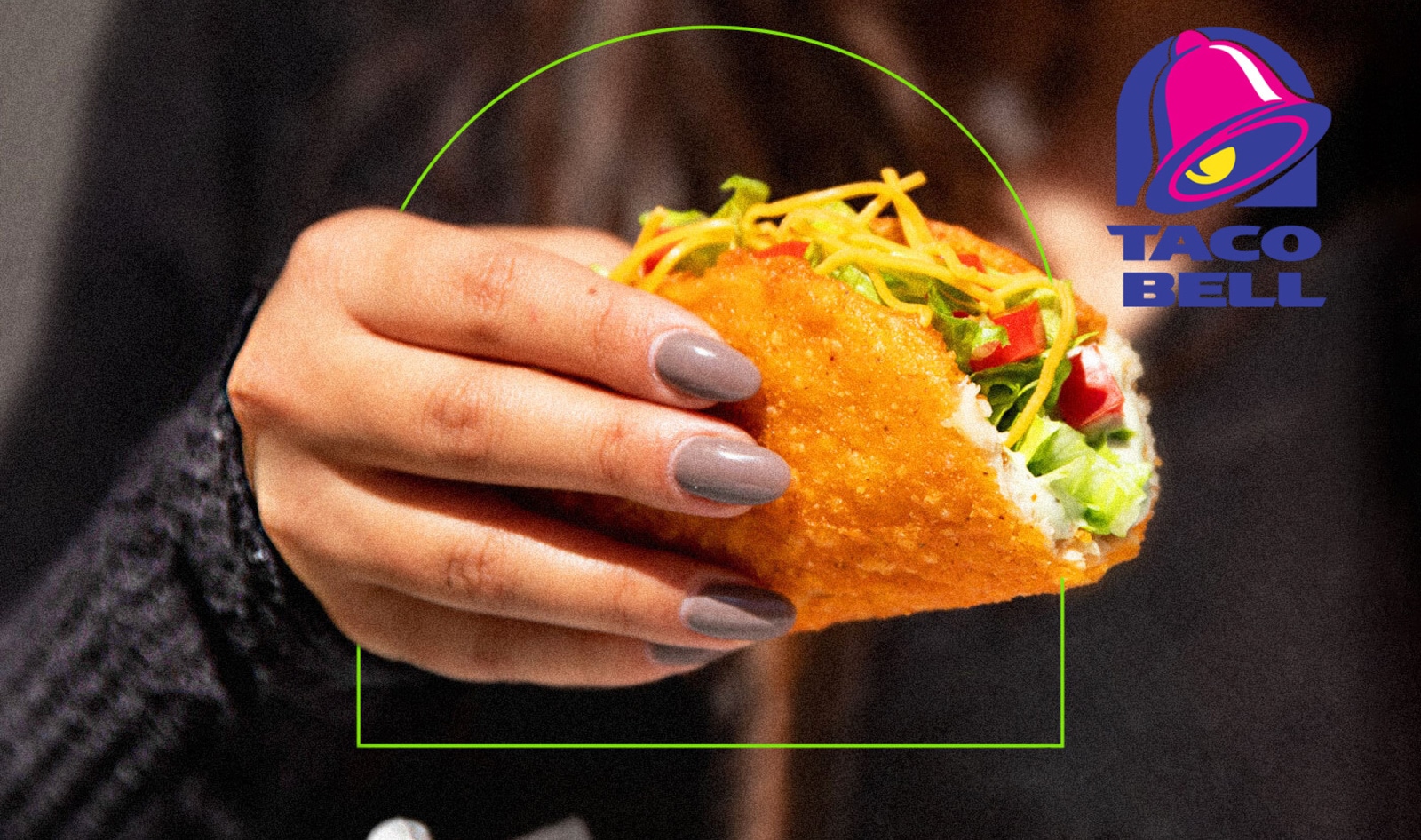 Today, Taco Bell unveiled its newest menu innovation: a chalupa shell made entirely from vegan chicken. Developed by innovators at Taco Bell’s Test Kitchen, the vegan chicken shell is made from a proprietary pea protein-based blend that is breaded and fried. Taco Bell is testing the shell in the limited-time Naked Chalupa with a Crispy Plant-Based Shell, a meat-free version of its Naked Chicken Chalupa filled with lettuce, cheddar cheese, diced tomatoes, and avocado ranch sauce, created to give more customers the same indulgent option.

“At Taco Bell, we’re pushing the limits of what people have known vegetarian and vegan items to look like within the quick-service restaurant industry,” Missy Schaaphok, Senior Manager of Global Nutrition and Sustainability at Taco Bell, told VegNews. “No matter one’s lifestyle, everyone should have access to delicious and crave-able food, whether that’s in the shape of our iconic Chalupa shell or in a way that we have yet to introduce.”

The Naked Chalupa with a Crispy Plant-Based Shell—ordered vegan by omitting the dairy cheese and ranch sauce–is priced at $3.49 (plus tax) each and is available until June 27, or while supplies last, at the Taco Bell location at 2222 Barranca Pkwy in Irvine, CA.

Taco Bell’s got the plant-based meats

While other chains such as QDOBA, Del Taco, and Taco del Mar were early adopters of the plant-based meat trend, Taco Bell initially stuck to what it knew best: letting customers swap beef for beans as a meat alternative. The chain has long been a vegetarian favorite and it leaned in on its meatless options by launching a vegetarian menu to its more than 7,000 US locations in 2019. To make ordering meatless even easier, Taco Bell introduced “Veggie Mode” kiosks at participating locations last year. The kiosks are now programmed with a one-swipe button that transforms the Taco Bell ordering menu to display only its nearly 50 American Vegetarian Association-certified options, many of which users can further customize to be fully vegan.

And while Taco Bell still takes pride in its veggie options—which, once again, include fan-favorite seasoned potatoes—the chain is now experimenting with new plant-based meat alternatives. In April, Taco Bell tested The Craveterian Taco, a meatless version of its Crunchy Taco Supreme stuffed with a “boldly seasoned plant-based protein,” shredded cheddar cheese, lettuce, diced tomatoes, and sour cream, and served in a crunchy corn shell. Ordered vegan by omitting the dairy products, the taco was only available at one Taco Bell location in Tustin, CA for a limited time.

“At Taco Bell, we’ve long been a go-to spot for vegetarians and vegans,” Schaaphok said. “Our beans are a great option for fans looking to swap out meat and by introducing these tests, we’re doubling down on our commitment to offer a variety of menu items where every type of lifestyle can find exactly what they’re craving. Consumers are asking for more plant-based options and we are excited to continue innovating further in this space.”

The one-store tests are an easy way for Taco Bell to try out innovative menu items. For a larger plant-based protein launch, Taco Bell is currently working with vegan brand Beyond Meat to develop what it describes as a “not quite yet seen in the industry” menu item, the details of which are still under wraps. “These one-store tests are a quick way for the brand to continue pushing the boundaries of food innovation and get a sense of potential demand for a new menu item,” Schaaphok said. “Similar to our wider market tests, we are always listening to our fans to determine whether to expand the test.”

Taco Bell does not offer any dairy-free alternatives to cheese or sour cream and ordering its vegetarian items vegan means removing dairy products. However, that may one day change. Taco Bell is currently laser-focused on developing new plant-based meat options, but it has not ruled out the potential of launching vegan dairy alternatives.

“As you know well, we are constantly listening to our fans and we never say never,” a Taco Bell spokesperson told VegNews earlier this year. “Every test item and menu change is highly intentional, and we are currently focused on plant-based meats. We’ve made space on the menu for new products, so there is more to come in 2021 as we continue innovation and product testing behind-the-scenes.”