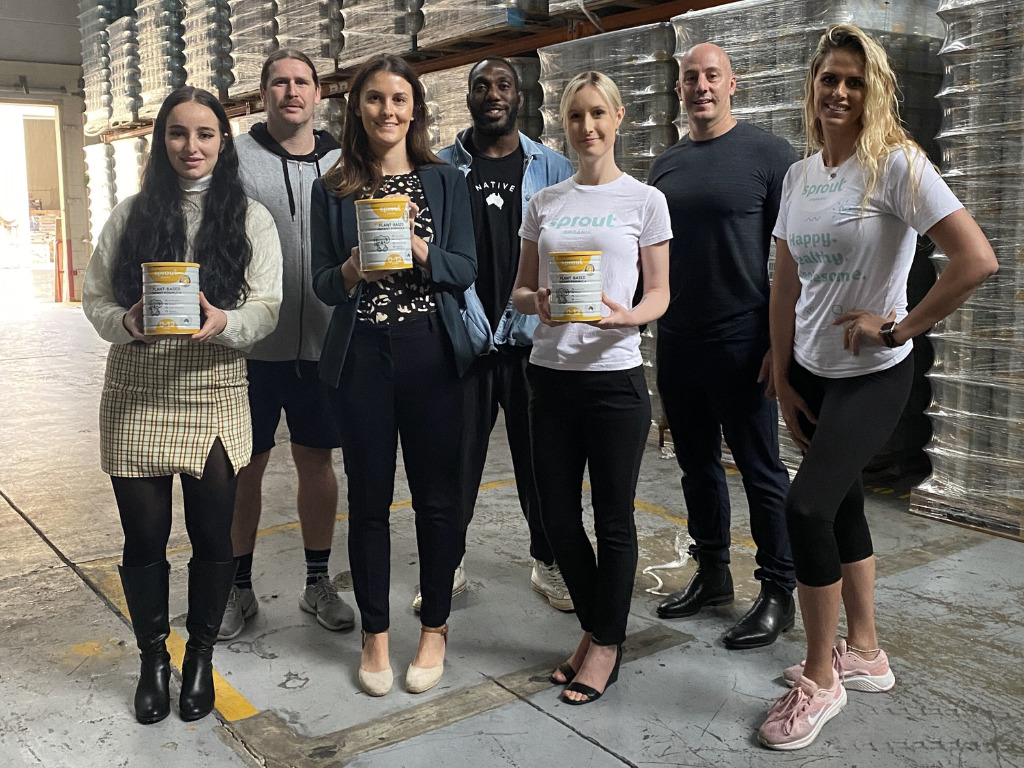 Sprout’s signature product is a vegan baby formula made from pea and rice protein. It was developed to offer an option to parents of children with dairy and soy allergies. Both are among the eight most common allergens in the world. The launch with Amazon comes shortly after Sprout’s unveiling in the Middle East, at the Saudi Food Expo. It also follows a recent victory at the World Food Innovation Awards, where it was named ‘Best Children’s Product’.

“If you told me five years ago that parents would be willing to purchase infant formula online, I wouldn’t have believed you,” Selasi Berdie, co-founder of Sprout Organic said in a statement. “Prior to launching Sprout Organic, all of our market research told us that baby formula was a pure grocery play, but the COVID-19 pandemic has accelerated e-commerce growth years into the future. This is an exciting move for us which will increase convenience and accessibility globally,” he added.

Addressing the U.S. baby formula shortage, Sprout has revealed that it is in talks with the FDA and Austrade to accelerate its entry into the U.S. market. Parents in the country have already purchased formula and noted that they have been happy to pay large shipping costs, to ensure their children have a steady supply of allergen-free formula.

The infant nutrition market has been predicted to grow by $17.66 billion from 2021 to 2026. A major driver is an increasing demand for vegan and organic options within the sector. Taste and nutrition giant Kerry has identified a trend for new plant-based formulations coming to market, in a bid to offer alternatives to soy. The uptick has been attributed to a combination of food allergy awareness and parental belief systems.

“We will see an increased migration of these products from the pharmacy channel onto general retail shelves,” Inaki Mielgo, vice president of business development for plant proteins at Kerry told NutritionInsight. “Additionally, innovative ingredients will be added to plant-based formulas to enhance the health benefits to the infant. We will also observe more consumer communication about the many positive nutritional factors of plant-based formulas.”

A fast rise to prominence for Sprout Organic

Early 2021 saw Sprout unveil its certified vegan baby formula, made from 100 percent organic ingredients. It would go on to debut at domestic trade shows in May of the same year, before entering retail channels the following July. The formula took five years to develop and resulted in impressive demand from parents.

Having sold out multiple times, Sprout is currently packaging its formula in pouches, to maintain supplies. It has assured consumers that the tins will be returning as soon as supply chain difficulties have been remedied. Amazon orders appear to be fulfilled with the latter.

Vegan baby food is no longer the niche segment that it once was. Startups, often founded by parents looking for products that didn’t exist, are seeking to offer access to nutritionally balanced and convenient foods that don’t compromise on family ethics. It’s not just plant-based families embracing more ‘natural’ whole food options for their children though. After it was revealed that toxic heavy metals are commonly found in baby food products, parents were advised to scrutinise their food purchases more closely.

Looking to disrupt the conventional baby food market, Los Angeles-based Yumi closed a $67 million Series B funding round at the end of 2021. The vegan brand, which counts Snoop Dogg as a fan, uses a subscription model to provide nutritionist-backed baby and toddler foods on a weekly basis. It is estimated that Yumi feeds an estimated three percent of all U.S. babies, with a view to increasing that number exponentially.

Fellow U.S. vegan brand Tiny Organics expanded its range earlier this year. The startup unveiled its Tiny Beginnings line, which includes finger foods for children as young as four months. Whole ingredients are used, with piquant flavourings, to take advantage of what the company has identified as a key developmental window led by inquisitiveness and openness.

All photos by Sprout Organic, unless stated.