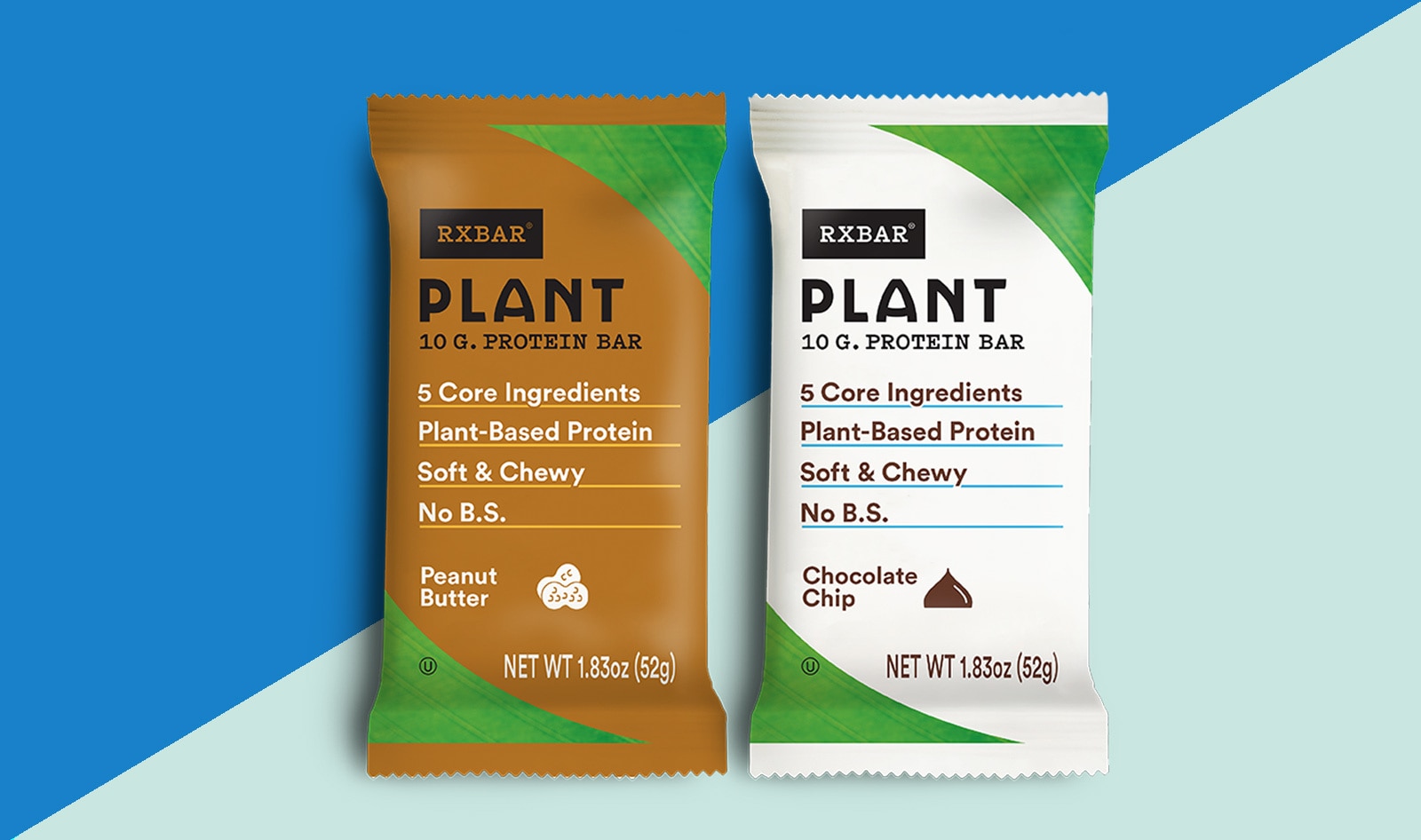 Today, snack company RXBAR unveiled its first line of vegan nutrition bars. The new RXBAR Plant bars were created after many customer requests for plant-based nutrition bars. Instead of the egg whites RXBAR typically features in its bars, the company uses a blend of pea and almond protein—along with dates, nuts, and oats—to deliver 10 grams of high-quality protein per bar without animal products. The new RXBAR Plant is available in cookie dough-inspired Chocolate Chip and Peanut Butter flavors.

“Fans have been asking for a plant-based RXBAR for quite some time,” said Jenny Lindquist, Director of Experience Planning, RXBAR. “Today, we answered that call with a plant-based protein bar that delivers on both quality and taste, both essential to us in the development of RXBAR Plant. That’s why it has been nearly two years in the making, to make sure we did it right.”

The RXBAR Plant line is available through the company’s website with a retail launch planned for Target, Kroger, and more.

Retail sales of plant-based alternatives to animal products surged by 27 percent to $7 billion last year and plant-based claims on food and drink packaging increased by 116 percent from 2018 to 2020, according to data compiled by SPINS. RXBAR created its first vegan lineup to tap into this growing market of consumers looking for plant-based nutrition bars and snacks.

To celebrate the launch of its vegan bars, RXBAR will offer free “RXercise” plant-based wellness programming through its Instagram and IGTV this summer with guest hosts such as registered dietitian Mia Zarlengo, fitness and mindfulness guru Ally Love, and gym owner/fitness instructor Peter Kraus.

“Plant-based protein bars that taste great and give you nutrients you need can be difficult to find, but RXBAR Plant comes through on both fronts,” Zarlengo said. “The blend of pea and almond protein in RXBAR Plant provides essential amino acids, or building blocks of protein, our bodies need to build muscle, making it great on-the-go fuel for anyone following a more plant-forward diet.”

The myth that athletes need meat (or any other animal protein) to thrive is quickly unraveling, thanks in part to 2019 documentary The Game Changers, which inspired a slew of bodybuilders, football players, and other athletes to go plant-based. Vegan brand Beyond Meat has also played a role in helping athletes thrive through its “Go Beyond” campaign which features its athlete ambassadors such as NBA stars Kyrie Irving, Chris Paul, and DeAndre Jordan.

While plant-based nutrition has gained a major foothold in the sports industry in recent years, some legendary athletes have been following a plant-based diet for decades, including tennis star Venus Williams. In 2011, Williams went plant-based to fight symptoms of Sjögren’s Syndrome, an autoimmune disorder that caused her to suffer extreme fatigue and joint pain. Last year, the seven-time Grand Slam Champion launched plant-based protein company Happy Viking to share with other athletes the nutrient dense plant-based foods that helped her get back on the court, starting with plant-based protein shakes in Vanilla Bean and Triple Chocolate.