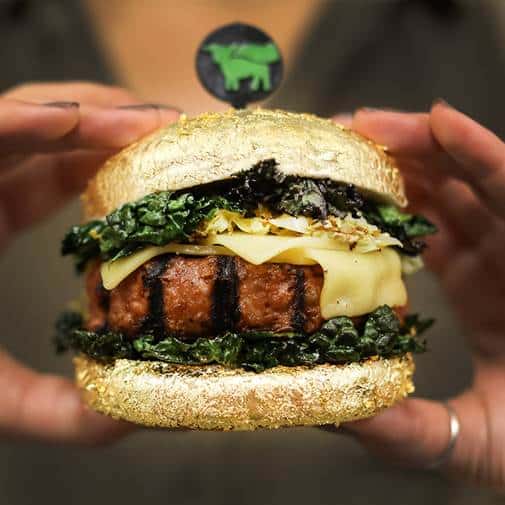 A new study has revealed the most Googled vegan brands globally, with Beyond Meat at the top of the list at more than five million searches a year. Vegconomist gives you the full rundown of the top seven most Googled plant-based brands, according to analysis from Maxima Kitchen Equipment.

Alt meat giant Beyond Meat has more than triple the average yearly searches for all seven vegan brands on the list, receiving more than 422,000 searches a month. That is more than twice as many searches as its nearest competitor. The publicly listed Californian company recently filed 109 trademark applications, including for Beyond Eggs and Beyond Milk, signaling ambitious expansion plans for the future.

Alt dairy giant Oatly comes in second, with almost 200,000 searches a month and more than two million searches a year. The rapidly expanding brand recently posted Q2 revenue of $146.2 million – a 53.3% increase YOY with a further 64% increase in revenue forecast.

This May, Oatly made its stock market debut on the NASDAQ, far exceeding its target of 1.65 billion dollars. In total, Oatly was able to raise almost 2.12 billion US dollars and intends to use the funds to finance further business growth.

Founded in the UK back in 1985, mycoprotein pioneer Quorn is the world’s third most popular vegan brand on Google, with around 95,000 searches a month. Quorn recently teamed up with Liverpool football club in the UK, and also founded a new base in Dallas, Texas to further its US ambitions.

Famed for its Veganaise and plant-based cheese products, Follow Your Heart is number five with 32,000 searches a month. The California-based brand recently rolled out its Dairy-Free Greek Style Crumbles in the UK via Tesco and TheVeganKind.

Veganism in the mainstream

“As vegan, vegetarian and flexitarian diets increase in popularity and become ever more mainstream, it’s fascinating to see which vegan brands are the most searched in the world, as well as which brands dominate in each country. The popularity of brands like Beyond Meat and Quorn shows our interest in plant-based meat, while the prevalence of Oatly and Alpro reflect the increasing demand for dairy alternatives”, said a spokesperson for Maxima Kitchen Equipment, which conducted the research.