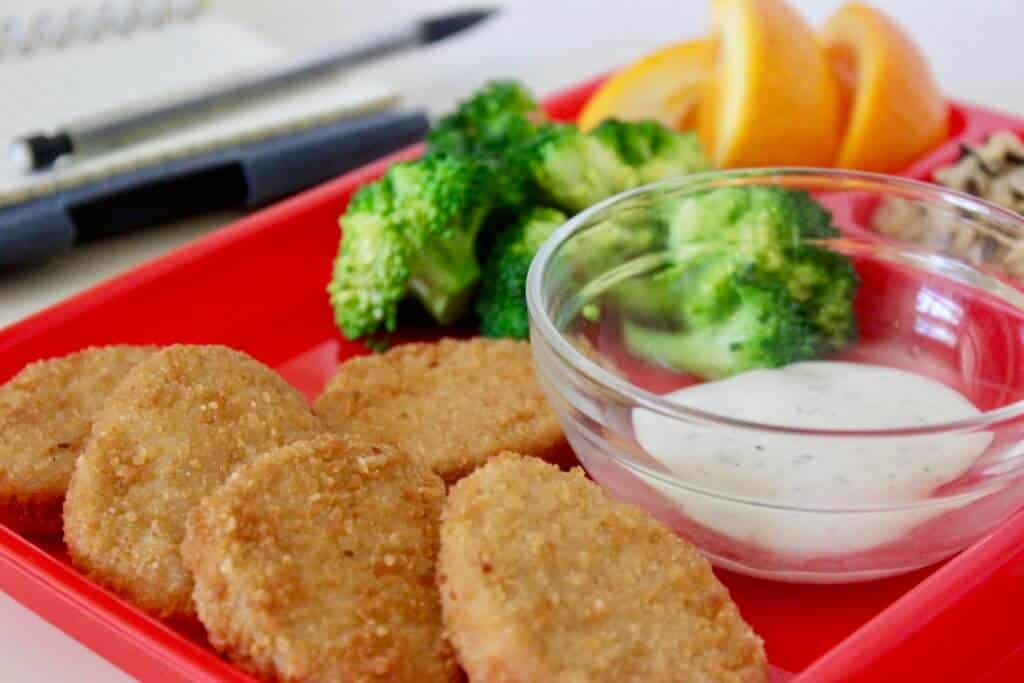 Alt-meat brand Rebellyous has announced that its plant-based nuggets will be rolling out at school cafeterias in various California and Washington districts.

In Northern California, the nuggets will be available in the districts Dublin Unified, Pleasanton Unified, Livermore Joint Unified, and San Ramon Valley Unified. They will also be on menus in Santa Ana Unified in Southern California, along with Everett Public Schools in Washington.

The product is vegan, free of cholesterol, antibiotics, and hormones, and lower in saturated fat and sodium than conventional nuggets. It also meets the USDA standards for two meat alternate credits for the National School Lunch Program.

“Schools play a pivotal role in shaping children’s dietary patterns, so we are thrilled to be able to offer Rebellyous Kickin Nuggets to help acquaint our diners with delicious plant-based options while teaching the importance of eating a wider variety of foods,” said Frank Castro, Director of Child Nutrition Services at Dublin Unified School District.

Rebellyous is expanding fast. Recently, the company hired a former Beyond Meat director as its Head of Equipment, Research, and Development. Its award-winning range also expanded into over 200 Safeway stores. In an interview with vegconomist, the company said its aim was to make plant-based eating accessible to everyone.

“As school districts across the nation face supply chain shortages, we are proud to be able to offer students nutritious, delicious, plant-based nuggets,” said Christie Lagally, founder and CEO of Rebellyous. “Making plant-based foods available to everyone, especially schoolchildren, is a critical part of our mission at Rebellyous Foods.”