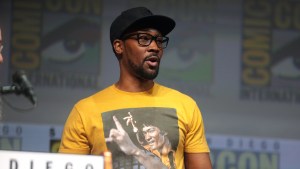 Wu-Tang Clan’s RZA is teaming up with vegan cheese giant Violife to launch a grants program in order to support Black-owned vegan restaurants.

Moreover, it will include a funding package, education, and mentorship program.

The rapper, whose real name is Robert Fitzgerald Diggs, hopes it will make plant-based food more accessible, affordable, and sustainable.

In a statement sent to PBN, he added: “The influence of hip-hop and the culinary history of plant-based eating in Black communities contribute to a movement of embracing meatless options.

“I’m proud to support Plant Grants to continue this movement and make plant-based eating more readily available at Black-owned restaurants that are at the heart of communities.”

Chandler owns Can’t Believe It’s Not Meat, and Durrah is behind the catering company, Compton Vegan.

The inaugural program is focussing on Black-owned businesses this year because the pandemic disproportionately affected them, the company said.

Moreover, restaurants were hit particularly hard due to restrictions.

Funding available is $20,000 for the program, which is open to applications from now until July 31. Selected grantees will be announced this September.

The grant is funded by Violife, a brand under Upfield US. Of which, Chief Marketing Officer for North America is Brian Orlando. In a statement, Orlando said the company is ‘excited’ to work with community-based chefs and restauranteurs.

‘Now with the new Plant Grants program, we can expand and promote their incredible efforts in an impactful way’, Orlando added.

The rapper RZA has long talked about his passion for animals.

Moreover, he has launched both a vegan puffer jacket made from recycled plastic bottles and a wallet made from banana trees.

He’s also partnered with PETA in the past to encourage people to stop buying animal fur, feather, and fins.

To find out more, and to apply visit Plant Grants here

The post Rapper RZA Teams Up With Violife To Support Black-Owned Vegan Restaurants appeared first on Plant Based News.