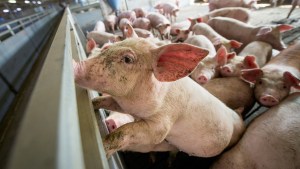 A new study, involving researchers from Standford University School of Medicine, has been published in Appetite.

It shows presenting ‘evidence of the realities of factory farming’ can ‘be effective and consistent in creating individual diet change; at least in the short term’.

On average, individuals exposed to a meat reduction tactic were more likely to reduce their meat consumption than those not exposed.

Moreover, 83 percent of the studied tactics were associated with decreased animal product consumption.

Jacob Peacock, Director of the Humane League Labs, is also the co-author of the study.

In a statement sent to PBN, he said: “We discovered that developing simple, effective tactics to reduce meat consumption shows promising potential to effect widespread diet and lifestyle change.

“In particular, studies that discussed or depicted animal welfare can be most effective, potentially yielding broad societal benefits… [This] includes improving human health, curbing environmental damage, and limiting the large-scale suffering of animals raised for food in factory farms.”