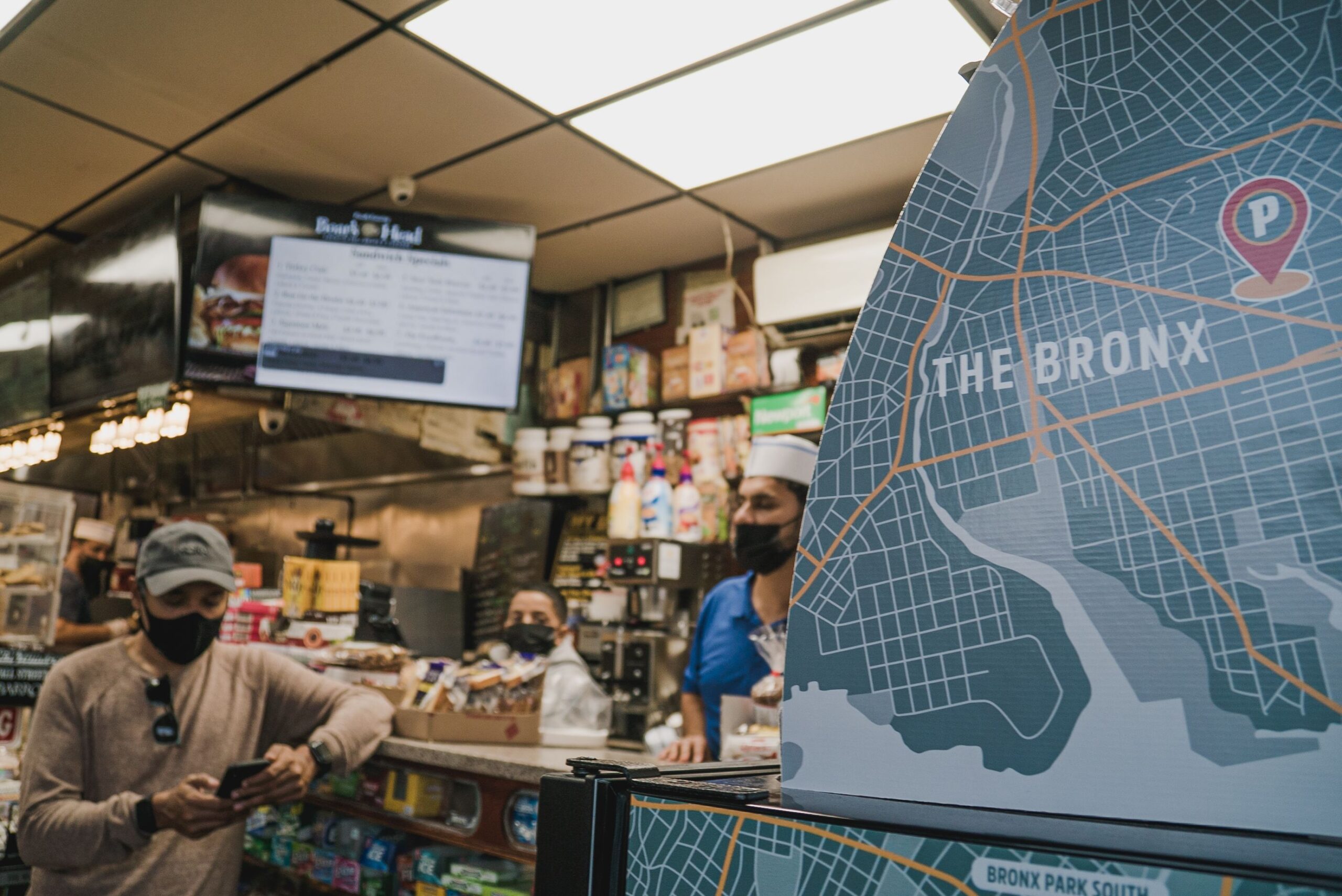 Photo: A bodega customer in the Bronx noshes on an empanada stuffed with plant-based ingredients. New York-based Plantega is rolling out more plant-based deli options across the Big Apple's boroughs.

Do you live in New York, shop at bodegas and like to try tasty and environmentally friendly food options, but cannot afford them or do not know where to find them? Plantega may have the solution.

Plantega was launched in late 2020 with the goal of bringing leading plant-based brands to New York City’s independent bodegas.

The post-launch response from both customers and bodegas was positive, and led to the recent announcement that Plantega is expanding to more bodegas by the end of 2021.

Plantega is democratizing plant-based food options in the Big Apple

Plantega comes from blending “plant-based” and “bodega.” But in New York it means more than just that.

The team was motivated to start Plantega as an effort to combat some of the main challenges affecting our current food system. “Our global food system today is highly industrialized and doesn’t do a very good job at feeding the world,” Zacharias, Plantega’s CEO, explained in an interview with TriplePundit. “Meat alternatives, such as plant-based foods, could change that.”

Unfortunately, as Zacharias noted, “Choice is not a privilege that many Americans have.” In fact, a Yale study from 2020 observed that while more than 50 percent of Americans show interest in integrating plant-based alternatives to their diets, 53 percent do not know what to purchase and 71 percent of low-income homes view these foods to be more expensive than animal products.

Plantega is on a mission to make plant-based options accessible and affordable to everyone. Zacharias summarized the key drivers behind the success of Plantega’s business model: partnering with leading plant-based brands, setting up local businesses for success, and attracting and engaging new customers.

Recognizing bodegas as not only a stop for food, but as part of a community

The organization initially focused its efforts on New York, where bodegas are community spaces and, in some neighborhoods, the only place to access food.

Plantega works with iconic plant-based brands, such as Eat Just, Beyond Meat and Miyoko’s Creamery, to support the formation of partnerships, including negotiating wholesale competitive prices for bodegas and sourcing the brands’ products through local distributors.

Plantega then helps bodegas distribute these plant-based options through a food service and retail model. Bodegas are provided with a Plantega Grill deli menu that offers ready-to-eat options such as deli sandwiches and breakfast burritos, all priced at $10 or lower and prepared with 100 percent plant-based ingredients. Additionally, in some stores, the company installs Plantega-branded coolers for selling plant-based products.

The organization ensures that bodegas have everything they need to succeed. As Jamil Araf, store manager of Marinello’s Gourmet Deli, expressed during a recent talk with 3p, “Plantega covers most of the heavy lifting when launching new menu options. This includes having access to vegan ingredients at the lowest prices, training staff on how to make sandwiches and advertising new vegan deli options to customers.” And according to Zacharias, bodegas score most of the profits, too.

Finally, Plantega collaborates with plant-based brands, which in turn pay a fee applied towards building awareness and engagement within local communities across New York. Zacharias refers to this last piece as Plantega’s secret sauce. “We have a team of community ambassadors who bring our product to life. They can typically be found outside one of the stores engaging with customers,” Zacharias stated.

Plant-based products are generally marketed to an affluent crowd; however, Nil explains that the model works because Plantega allows brands to attract customers who otherwise would never have tried their products. “Why wait five to ten years to reach these customers? We can shorten that cycle by showing how tasty plant-based options really are and by making them easy to find,” Nil asserted.

Plant-based food brands share the enthusiasm, too. "We're thrilled to be a partner in Plantega's continued initiative in bringing delicious, affordable plant-based foods to even more New York communities this year," affirmed Josh Tetrick, co-founder and CEO of Eat Just, in a public statement.

Envisioning the future of protein

For 2021, Plantega plans to expand to at least twenty bodegas in New York City. In addition, the organization is exploring collaborations with chefs, local farms and delivery apps.

The challenge, however, is to keep the equation balanced at all times: “We need to make sure we don’t overcharge the bodegas, but yet we need to make enough money to grow, and have enough brands participating into the idea to make it successful,” Zacharias reflected.

As for the bodegas working with Plantega, they all have reported an increase in both their plant-based grill and vegan retail sales so far.

In the long run, the team envisions expanding to more stores and more cities. “We are here to learn, but also to show how delicious, healthy and affordable eating plant-based really is,” said Castro in an interview last fall with a vegan news site.

“For too long, the sustainable food movement has felt out of reach and culturally out of context for a large number of New Yorkers. Plantega is on a mission to change that,” Zacharias said.