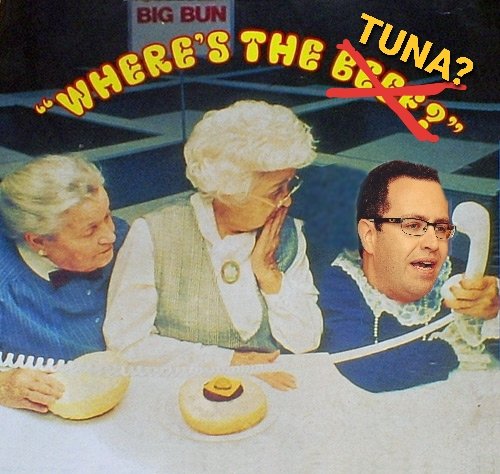 This article was originally published by Veg World.

“The recent news that Subway’s tuna sandwiches do not include tuna as an ingredient is yet another example of possible fraud and mismanagement of the tuna industry. Unfortunately, it is just one of many examples as of late.

“Subway claims to use tuna in their sandwiches, while the DNA testing indicated there was no trace. It may very well be another species that is close to the “tuna” family, like bonito. Some refer to bonito as a cross between tuna and mackerel, but it is not tuna and should not be called as such. Bonito has long been marketed as tuna, but this is unethical and illegal. Many tuna producers and importers have simply turned a blind eye to this because while tuna carries a 12.5% duty rate, bonito carries a 0% duty rate. The average person is likely not aware of these regulations, but they should be, as taste and texture can be hidden in a sandwich.

“To an untrained eye, it would be extremely difficult to detect in a sandwich and I believe that Subway operators, who take their responsibility to sustainability seriously, would also be fooled by this substitution. It is impossible to review every package that comes into a small kitchen. Regardless, responsible operators are not experienced in global sourcing and they rely on the government to manage. We should hold the government accountable.

“As environmental responsibilities to the seafood industry continue to be ignored by world governments (as exposed in Netflix’s recent documentary Seaspiracy), we’re now seeing that responsibilities to consumers are being ignored as well. Consumers continue to be misled by bad players who control the real supply chain, which might include large corporations, and I can’t see it as anything other than disrespectful to let this corruption go on any longer.

“Collectively, the United States Government and other administrations around the world have done very little to address illegal fishing, overfishing and the ongoing fraud in the seafood industry. For years, people have tried to expose the corruption in the supply chain and still nothing has been done. We allow anarchy on the high seas to continue—the time for change should be now and it could start with managing current regulations. These issues are created by a few bad players, but they unknowingly affect millions of people who rely on seafood for their livelihood.

“At Atlantic Natural Foods, we are committed to advocating for change in the seafood industry and making sure that our consumers receive a high-quality, sustainable product. Trust is at the core of our business and we are confident our consumers never need to ask the question, ‘What am I really eating right now?’”

Douglas Hines spent 35 years in the seafood and tuna industry and was involved in everything from vessels and processing to global resourcing and marketing. He was previously the COO of Bumble Bee Seafoods and an owner of one the largest distant-water fleets to fish the Pacific Ocean.