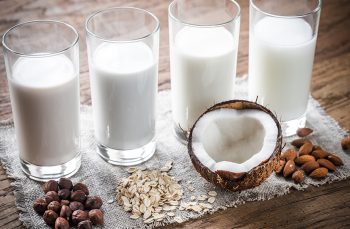 The report, ‘Plant-Based Foods Poised for Explosive Growth’, identifies growth expectations for the plant-based foods market through 2030, as global animal and dairy protein demand is poised to reach $1.2 trillion by then.

According to the new report, industry giants including Beyond Meat, Impossible Foods and Oatly are driving an increase in plant-based food options as they partner with restaurants and major chains.

More traditional and established competitors, like Kellogg and Nestlé, are looking to gain an edge by ramping up their distribution of plant-based products, and producing promotional campaigns that showcase their variety of options.

As consumers become familiarized with plant-based products and initiatives, BI foresees an evolution in consumer habits over the next decade.

“The expanding set of product options in the plant-based industry is contributing to plant alternatives becoming a long-term option for consumers around the world.

“If sales and penetration for meat and dairy alternatives continue to grow, our scenario analysis suggests that the plant-based food industry has the potential to become ingrained as a viable option in supermarkets and restaurants alike.

“Meat and dairy alternatives could even obtain 5% and 10% of their respective global market shares in the next decade.”

BI expects that population growth causing a strain on resources will contribute to plant-based food growth. The Asia-Pacific region is particularly vulnerable to limited food supply, with an expected population of 4.6 billion by 2030.

As a result, the region is likely to dominate the plant-based protein market reaching $64.8 billion by 2030, up from $13.5 billion in 2020. The majority share of that market in Asia-Pacific will be comprised of alternative dairy products, at 57% by 2030.

Comparatively, Europe and North America will see roughly $40 billion in sales, with Africa, the Middle East and Latin America all seeing between $8-9 billion each.

Major drivers of plant-based meat growth include increased awareness of health and sustainability benefits, as well as continued declines in product price. Plant-based meat sales could exceed $74 billion to reach as much as $118 billion by 2030 in a more aggressive but still realistic scenario.

International restaurant chains, including Taco Bell, Chipotle, Jamba Juice and Starbucks will be significant players in increased sales and consumption of plant-based alternatives.

Large chains offering burger, sausage and milk-alternatives will encourage consumer habits to adjust to plant-based food products. BI expects faux-chicken to be particularly primed for growth over the next year.