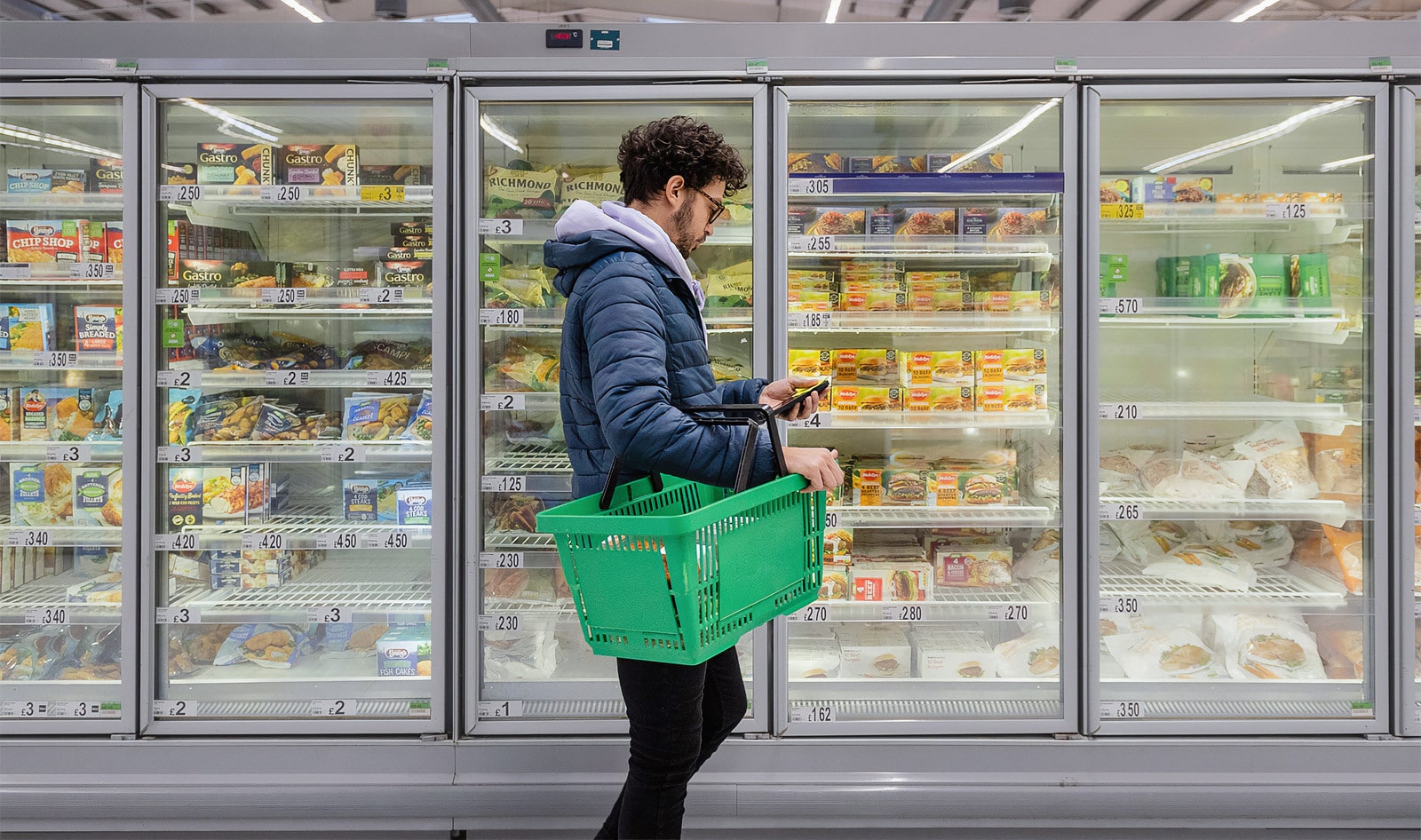 Many vegan meats, milks, and cheeses are created specifically to displace their animal-derived counterparts in an effort to mitigate the climate crisis and end animal suffering. So, are shoppers actually migrating toward plant-based foods?

In its new Plant-Based Foods Migration Analysis Report, Kroger set out to discover if shoppers are actually replacing animal products with plant-based alternatives or just buying more of both. In partnership with Plant Based Foods Institute (PBFI)—a sister organization of Plant Based Foods Association (PBFA)—and data insights company 84.51°, Kroger compiled the report based on shopping data collected during a two-phase period from 2019 to 2021 from approximately eight million households. And the insights look promising.

“The research was conducted as part of Kroger’s long-term strategy predicated on listening to their customers,” Holly Adrien, natural and organics strategy and innovation manager at Kroger, said in a statement. “Kroger is committed to learning from consumers and creating the optimal merchandising strategy for plant-based foods to best meet the needs of shoppers.”

Are shoppers migrating toward plant-based food?

Kroger has been working with PBFA for several years to gain a better understanding of how consumers make purchasing decisions around plant-based products. In 2020, Kroger revealed the results of a 12-week merchandising study that placed plant-based meats in the animal meat department. The outcome? Sales of plant-based meats increased by 23 percent when positioned this way.

Over the course of the two-year research period, Kroger categorized shoppers in relation to their history of shopping for plant-based foods and divided them into: New, Increasing, Maintaining, Decreasing, and Leaving. Notably, a sizable 20 percent of the eight million households studied (or approximately 1.6 million) were placed in the New category, indicating an uptick in the interest in plant-based foods since 2019.

During the first phase of the study (Year One, 2019 to 2020), Kroger learned that COVID-19 had a big impact on how shoppers used their dollars. During Year One, consumers’ habits were dictated by pandemic-driven “pantry loading,” or buying both plant-based and animal-based foods—a period that was also known as  “panic buying.” During this period, shoppers tried new foods with 63 percent of “New” households buying plant-based meat and 40 percent of this group buying plant-based cheese.

This influx of interest during the height of the pandemic led to a boom in sales across the plant-based categories, with refrigerated plant-based meat seeing a growth of 200 percent.

Fast forward to Year Two of the study (2020 to 2021), and this trend changed significantly. Households that purchased foods within the plant-based product categories (with the exception of New households) decreased their spending on animal products overall—indicating that consumers had begun replacing animal foods with plants.

Shoppers migrated away from the animal-derived meat category the most, with spending decreasing here by an average of $31 per household year over year. Even households that were not purchasing more plant-based products—those in the “Maintaining” group—decreased their spending on animal foods by an average of $28.21 during the research period.

Additionally, interest in plant-based foods—particularly yogurt—grew with an average 18 percent increase of New households across categories during Year Two. Interestingly, Kroger found that consumers who purchase plant-based cheese are the most likely to stay loyal to other plant-based categories and were less engaged with animal foods overall.

According to 84.51°, taken as a whole, these findings suggest that households that purchase plant-based foods are increasingly doing so to replace animal products.

“This research is a continuation of our years-long collaboration with PBFA using 84.51°’s robust data science to analyze plant-based food sales and the plant-based shopper to gain a holistic view of this market,” Catherine Cowan, insights account manager at 84.51°, said in a statement. “We look forward to using these findings as a benchmark to understand future growth of the category.”

What is motivating these shifts toward plant-based products? As part of its report, Kroger also conducted a survey of 150 behaviorally motivated plant-based shoppers in both Increasing and Decreasing groups that uncovered interesting consumer attitudes.

What would make these shoppers even more enthusiastic about plant-based foods? Sixty-one percent say price promotions would help, while 21 percent say recipes would help.

Overall, 95 percent of responders in this group intend to purchase more plant-based foods, with personal health issues (54 percent) and perceived health benefits (49 percent) driving the majority of the purchase motivation.

What would bring consumers who are decreasing their spending on plant-based foods back? A majority say lower price (64 percent) and better taste (58 percent) would lure them back in.

“We must remove barriers for consumers by understanding shopper dynamics and taking an evidence-based look to ensure shoppers can easily find their products of choice,” Emmett said. “We appreciate our long-standing collaboration with Kroger and its willingness to share these results on behalf of the industry.”

The research Kroger released is a benchmark study and part of the grocery chain’s ongoing interest in consumer shopping habits when it comes to plant-based foods. Kroger plans to conduct additional research periodically.

For its part, Kroger offers a variety of plant-based products under its Simple Truth in-house brand, along with other products from leading brands. Earlier this year, Kroger-owned meal kit brand Home Chef partnered with Impossible Foods as its first plant-based protein option.