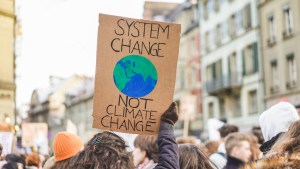 Plant-based meat and dairy alternatives are the best investments for the climate, a new report has found. Global management consulting firm Boston Consulting Group (BCG) recently published a report titled “Food for Thought: The Untapped Climate Opportunity in Alternative Proteins.” The research concludes that not only are consumers starting to embrace plant-based options but helping them financially to improve and scale is one of the best tools we have in climate crisis mitigation. Animal agriculture is responsible for 14.5 percent of global greenhouse gasses. But plant-based alternatives cut emissions considerably. For example, if one person eats beef 1-2 times a week for one year, this contributes 604 kilograms of emissions to their carbon footprint. But eating beans 1-2 times a week contributes just 7 kilograms. Eating tofu for the same amount of time contributes 12 kilograms. According to BCG’s report, investments in plant-based alternatives result in 11 times more greenhouse gas reductions than those in zero-emission cars. They also come out on top when compared with green cement technology and green building investments.

“There’s been a lot of investments into electric vehicles, wind turbines, and solar panels, which is all great and helpful to reduce emissions,” BCG partner Malte Clausen told the Guardian. “We have not seen comparable investment yet [in alternative proteins], even though it’s rising rapidly,” he added. “If you really care about impact as an investor, this is an area that you definitely need to understand.” Malte explained that plant-based meats, in particular, could help to reduce food shortages and create a more efficient food system. “It’s just mathematics,” he continued. “If instead of feeding all of these crops to animals, and then eating the animals, you just use the crops directly for human consumption, you need less crops overall and therefore alleviate the constraints on the system.” Plant-based investments are picking up, and experts expect the market to soar in the coming years. In fact, last year, Bloomberg Intelligence projected that the plant-based food market could hit $162 billion in the next decade. The post Plant-Based Food Is The Best Climate Investment, Says New Report appeared first on Plant Based News. plant-based plant based beyond meat alternative proteins meat beef alternative investment