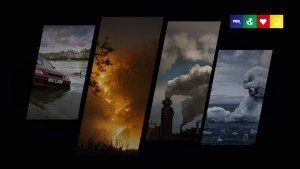 Plant Based News (PBN) has just launched its annual short film. VEGAN 2021 recaps the year just gone and brings to light the astronomical growth of the vegan movement.

2021 started with a bang, with a dizzying nearly half a million people signing up for Veganuary.

Throughout the year, plant-based meat companies forged partnerships with the biggest names in the food industry, like McDonald’s, Subway, and Dominos, to name a few.

A host of high-profile names spoke out about animal exploitation, including Grammy Award-winner Billie Eilish and Formula 1 champion Lewis Hamilton, who are both vegan.

Corporations shelled out millions of dollars to place behind alternative protein start-ups, and communities around the globe rallied together to help protect the planet from the climate emergency.

This year’s highly anticipated release is a short film, and will be hosted on shorter video platforms such as Instagram and Facebook, as well as YouTube.

Klaus Mitchell, director of the PBN annual film series and founder of PBN, said the new short film has arrived at just the right time.

“More people than ever are paying attention to the vegan movement, and VEGAN 2021 highlights why. This short film sheds light on the growing awareness of plant-based living, and why picking up the lifestyle is easier, simpler, and more important than ever before,” he explained.

Mitchell recently delivered a speech at Imperial College London, in which he explored the rapid acceleration of the plant-based movement. He also touched on the importance of technology, which he believes will “precipitate a worldwide shift away from industrial animal agriculture.” You can watch Mitchell’s speech below.

VEGAN 2021 was edited by Cameron Almeida and Jon Rogers. It was sponsored by PlantX, your “one-stop shop” for everything vegan – from food and groceries to indoor plants and even plant-based pet food – all from the comfort of your own home.

In support of the documentary, PlantX has given Plant Based News readers a 15 percent discount – so be sure to use the discount code PLANTXPBN2022 at checkout.

The post PBN’s New Short Film ‘Vegan 2021’ Is Out Now appeared first on Plant Based News.