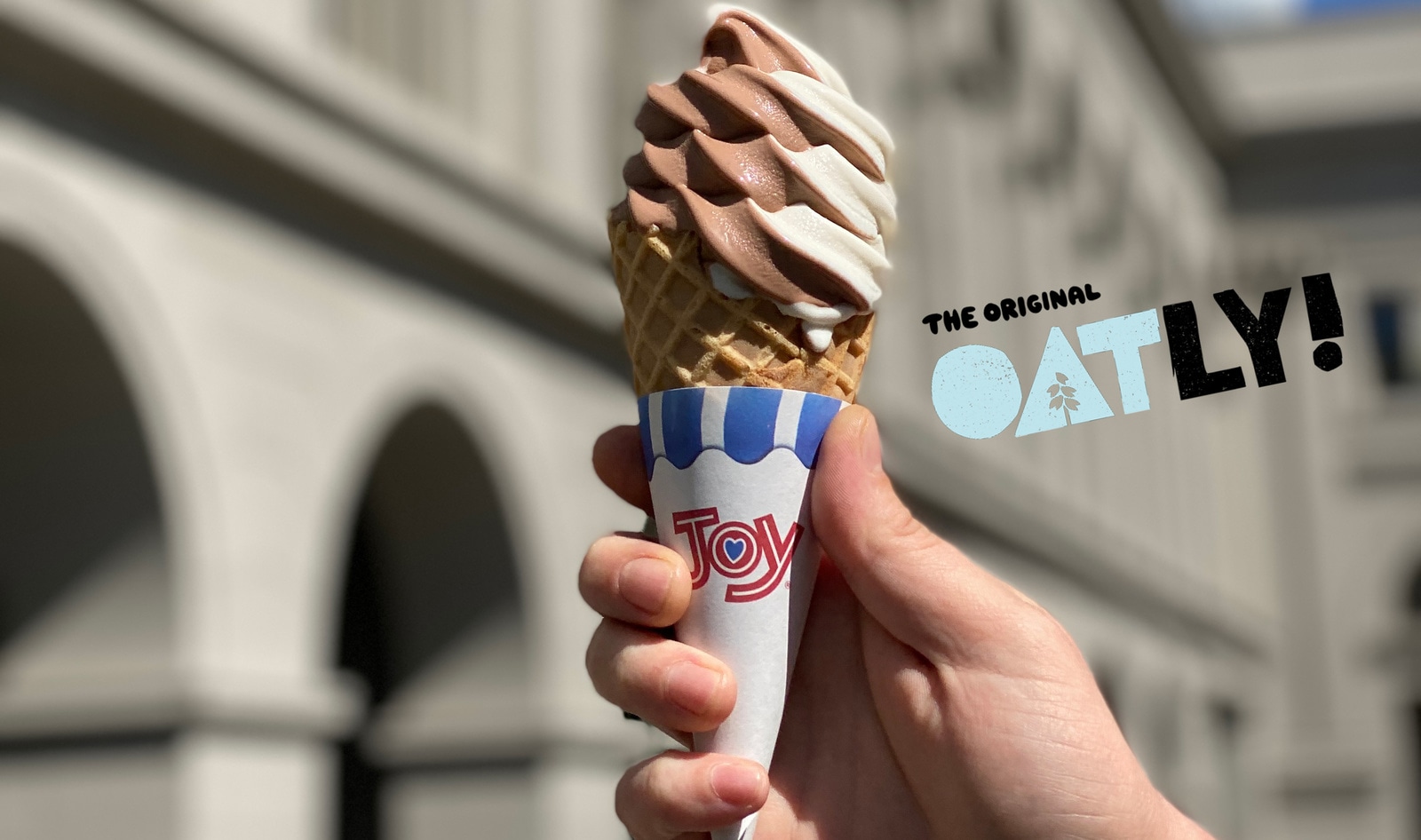 This week, Oatly’s hard-to-find oat milk-based soft serve made its debut on the West Coast at restaurant Gott’s Roadside location inside the historic Ferry Building in San Francisco, CA. Alongside its dairy offerings, Gott’s will now serve Oatly’s vegan soft serve in three flavors: chocolate, vanilla, and chocolate-vanilla Swirl, and customers can choose small ($3.99), medium ($4.99) or large ($5.99) sizes. Gott’s also offers toppings, a waffle cone, and dips for an additional $0.99 each.

“We are thrilled to be the first location in San Francisco to offer Oatly’s vegan soft serve,” Gott’s Culinary Director Jennifer Rebman said. “We are committed to offering quality products at Gott’s, and Oatly has created an iconic summer treat that is 100-percent plant-based, tastes amazing, and is a perfect addition to our soft-serve line-up.”

Oatly’s vegan soft serve joins Gott’s growing plant-based menu. In 2017, Gott’s was one of the first fast-casual eateries in the country to add the Impossible Burger to its menu—where the meatless burger continues to be one of its best sellers.

For now, Gott’s is one of the few places that offers Oatly’s coveted vegan soft serve but that may soon change. The Swedish company partnered with several Major League Baseball (MLB) teams to get its oat milk-based soft serve on the menu at baseball stadiums. As a result, in April, the vanilla and chocolate flavors of Oatly’s soft serve became available for $8 per cup at most concessions at Wrigley Field in Chicago, IL (home of the Chicago Cubs) and Globe Life Field in Arlington, TX (home of the Texas Rangers).

Oatly has been in operation for 25 years and is best known for its oat milk, which first gained popularity in the United States by way of coffee shops in New York City. Since then, the brand has become wildly popular across the country and, as of March, became available at more than 4,000 Starbucks locations nationwide.

Last month, Oatly became a publicly traded company on Nasdaq under the OTLY ticker with an initial public offering (IPO) that raised $1.4 billion and saw share prices (which were initially set at $17 per share) spike by 30 percent.

Worldwide, Oatly products—which, in addition to its milk and soft serve, include oat-based ice cream, yogurts, and more—are currently available in 60,000 retail locations and more than 30,000 coffee shops.