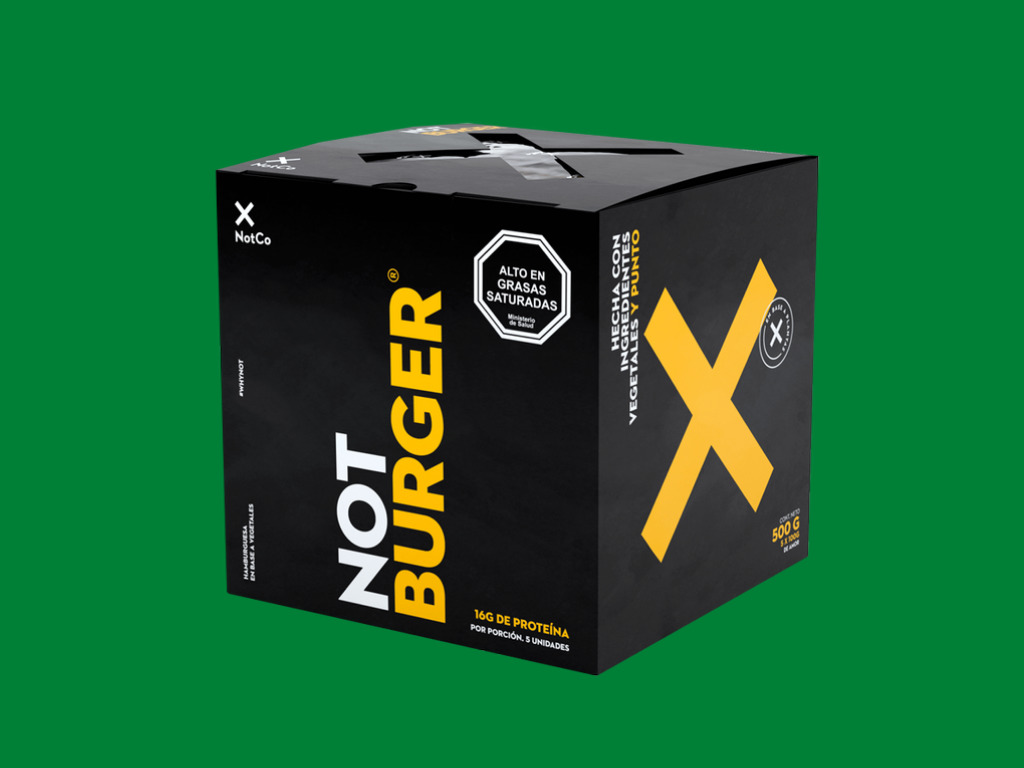 Chilean unicorn NotCo has made its meat alternatives debut in Canada. The NotBurger release was timed to coincide with National Burger Day on May 28. The launch comes after a successful rollout of the company’s NotMilk last year.

NotBurger was selected as the first plant-based meat item from the NotCo portfolio to reach Canada after impressive sales in its domestic market. Across Latin America, the product achieved four times more than its initially targeted sales. NotCo says it holds a five percent share of the entire burger category in the region.

Giving Canada what it wants

“At NotCo, our goal is to shift the food system away from animal dependency with delicious plant-based options that satisfy everyone’s cravings,” NotCo CEO and co-founder Matias Muchnick said in a statement. “We’re thrilled to introduce NotBurger into the Canadian market as part of that mission and offer consumers the flavour and juiciness they’re looking for without compromise.”

As the foodtech unveils its second product to the Canadian market, it is looking to boost its local operational expertise. Developing a local team to gain domestic knowledge is considered a priority for leveraging future sales.

NotBurger is currently stocked in the frozen food section of selected retail partners. In the next two months, distribution is expected to ramp up significantly. Walmart, Save on Foods, Georgia Main, Thrifty Foods and more have been slated to be near future stockists.

2022 has been a year for meat-free food partnerships in Canada, proving there is demand for plant-based options. In January, 7-Eleven partnered with Lightlife to stock its vegan chicken tenders. Offered as hot snacks, they are dispensed straight from the oven in a bid to up the number of grab-and-go vegan and healthier options.

In the same month, Beyond Meat joined the Pizza Hut menu permanently, while KFC and Mary Browns both added Lightlife chicken to their menus. The latter two announcements were made with the caveat that neither would be vegan due to cooking methods and sauces.

Most recently and within the burger arena, Odd Burger announced it is opening 36 new locations within the next seven years. They will be split between Alberta and British Columbia and are being opened in partnership with Sai-Ganesh Enterprises.

Rise of the NotCo Burger

The NotBurger was developed off the back of NotCo’s successful alternative milk launch. Using the same proprietary AI platform, Giuseppe, ingredients were identified that would imitate the taste, texture and juiciness of conventional beef, with no animals involved. Paraguay saw a partnership with Burger King secured in 2021, with NotCo providing patties for its Veggie Whoppers. This followed a Rebel Whopper rollout in Chile, months earlier. The patties also made it to Argentina, where they were used by Mostaza, the third-largest burger chain in the country, after McDonald’s and Burger King.

The distribution of NotBurgers in Canada do not currently involve supply to foodservice partners, but this has not been specifically ruled out.

Aside from entering Canada’s plant-based meat market, NotCo is making further inroads into various sectors. Its most recent announcement was in mid-May, when its strategic partnership with Shake Shake was confirmed. The two have worked together to create animal-free chocolate custards and milkshakes, which will be sold in selected New York and South Florida restaurants throughout summer. If consumer interest is positive, permanent menu addition will be considered.

In February, NotCo announced it had come together with Kraft Heinz to form an entirely new entity. The Kraft Heinz Not Company is a joint venture aimed at creating a large global portfolio of healthy and sustainable animal-free foods. NotCo brings its AI platform to the agreement, while Kraft Heinz will leverage its vast value chain.