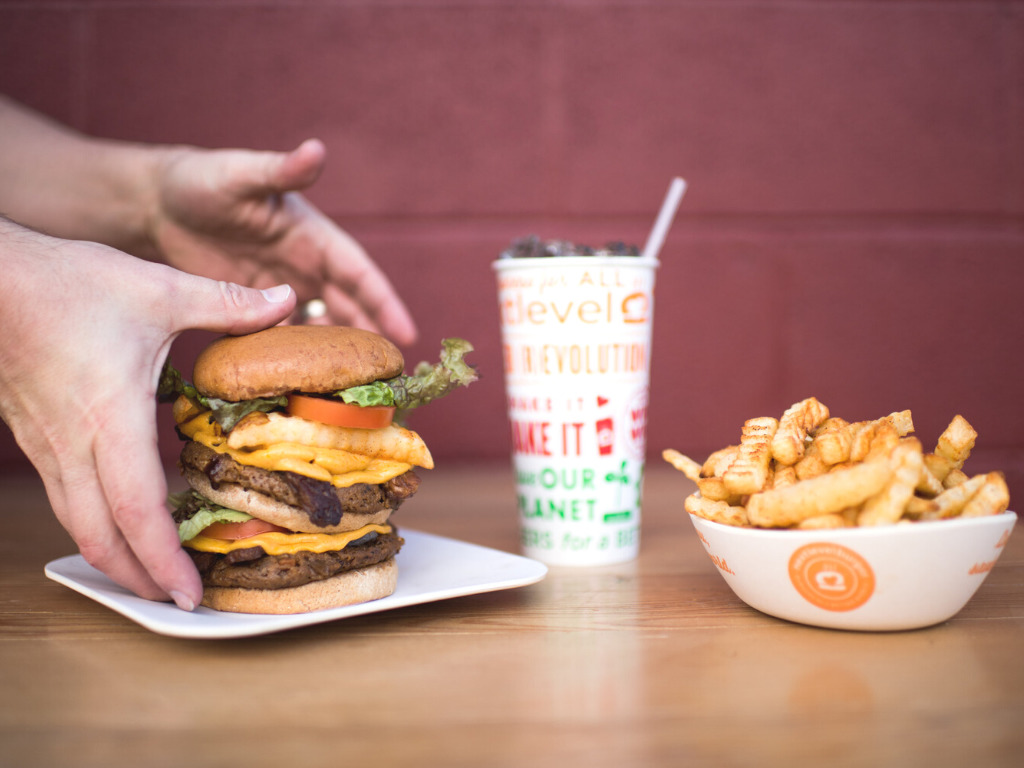 The latest funding round was led by a “strategic organic and natural foods partner” and private high-net-worth individuals, including Alex Payne, formerly of Twitter and Simple Bank, and his partner Nicole Brodeur.

“Since our founding in 2014, our company mission has been focused on a triple-bottom-line philosophy of doing good, having fun and making money,” de Gruyter said of the recent raise. “Now more than ever, the fight against climate change and for sustainability drives us and our awesome team of mission-oriented stakeholders.”

The first Next Level Burger location opened in Oregon in 2014 before Beyond Meat and Impossible Foods were being sold in fast-food chains like Burger King and McDonald’s. And before the recent flood of plant-based fast-food chains including Power Plant, Neat Burger, and, most recently, actor Kevin Hart’s Hart House, which also has amibitious expansion plans.

De Gruyter says the premise of Next Level Burger is a reflection of his family’s own values and dietary preferences. De Gruyter co-founded the chain alongside his wife Cierra out of a desire to feed their two children healthy plant-based food.

The Pacific Northwest restaurant quickly grew a reputation with a menu that features homemade burgers and ‘bleeding’ Beyond Burger patties, and other plant-based meat options including chicken and hot dogs as well as salads, sandwiches, and shakes.

Next Level Burger is angling toward Millennials and Gen Z consumers, but the chain says it’s really for anyone who want food options that are healthier and better for the planet.

The landscape for vegan fast-food is rapidly changing. Most notably, Next Level’s biggest competition is coming from the fast-food category leaders.
Burger King, which was an early adopter of the Impossible burger, putting the Impossible Whopper on its menu in 2018, has been leading a plant-based shift opening dedicated vegan and meat-free pop-ups across the globe.

Other chains including Taco Bell, KFC, and McDonald’s, have continued to test and update their menus to include more plant-based options.