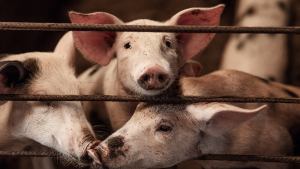 The cruelty-free business scene gets more crowded every week.

From advancements in animal law, to cultivated seaweed meat, to millions of dollars being thrown behind plant-based food companies, here are the latest updates in the vegan business world.

The free database was designed as a digital tool for policymakers, parliamentarians, researchers, and advocates interested in building a more sustainable food system.

It hopes to boost transparency in the legal system, allowing users to compare various legislation and policies around the world. The information can be used to identify leaders in the sector, as well as those lagging behind. It can also be used to draft new legislation.

Heura, founded in Barcelona in 2017, will roll its products out to more than 220 stores in Mexico.  These include City Market, Fresko, La Comer, and Walmart, the largest retailer in the world.

Now, Heura’s products can be found at 4,000 locations across 16 countries.

“With nearly 130 million people living in Mexico, we recognize the power of its people to change the food system into one that’s designed to protect the things we all love: the planet, people and animals,” Heura CEO Mark Coloma said in a statement.

He continued: “Our goal is to provide a product that allows kitchens across Mexico to remain the heart of the house that embraces and celebrates traditions, but in a new and improved way that promotes a healthier and more sustainable future.”

Canadian food company Modern Plant-based Foods has announced that its subsidiary, Modern Meat, is teaming up with Cascadia Seaweed Corp.

Together, they will develop plant-based products using cultivated seaweed, an ingredient embraced for its sustainability.

“In our climate-changing world, working with Cascadia Seaweed demonstrates our ongoing commitment to sustainability as well as supporting innovative local companies,” Tara Haddad, Founder of Modern Plant-Based Foods, said in a statement.

“Cascadia recently made a strategic shift to focus on food production and consumer packaged goods and we are extremely proud that they tapped Modern Meat to partner with them on the creation of three product lines, making good use of a plentiful and local natural resource,” Haddad said.

Desiree Dupuis, VP Sales and Marketing at Cascadia Seaweed, said the company is ‘thrilled’ by the collaboration.

“Our planet needs us right now and some of the most impactful choices come from us as individuals with regards to the foods that are on our plates and in our cupboards,” Dupuis said.

“Our vision aligns perfectly with Modern Meat’s mission to change the way food is produced and consumed for the benefit of animals, the protection of our environment, and the health of our people.”

The companies are currently working on versions of a plant-based Beach Burger, Crab or Fish Cake, and Chorizo Breakfast Sausage Patty, which will all contain ocean cultivated Sugar Kelp. Production will kick off in spring 2022.

Eatable Adventures has now opened up its €50 million Eatable Evolution Fund FCR I. The fund is aimed at early-stage food and agri-tech companies across Europe and Latin America.

It will support 18 projects in total.

Eatable, based in Madrid, says its fund is the largest of its kind in Spain and in the top three in Europe.

The consultancy company has previously placed its support behind plant-based brands like Cocuus, which crafts vegan ribeye steak using 3D printing technology. Eatable has also supported Innomy, which produces burgers out of mycelium.

The fund will make Series A and B investments into European food tech companies. Specifically, those producing ‘consumer-focused food with a quantifiable environmental or social impact’, Five Seasons says.

The venture capital fund supported British plant-based meat brand, THIS, in its first fund. So far, Fund II has invested in The Nu Company, which produces dairy-free chocolate, and vly, which creates pea-based milk.

According to the company, it will be Singapore’s first fully automated large-scale plant-based protein production facility.

Growthwell says the facility will ‘significantly improve’ the texture of its products, which include vegan nuggets, burger patties, and seafood.

The factory will also help quicken production times, resulting in an annual capacity of 2,000 metric tons of plant-based protein.

The announcement follows a Series A funding round that closed last month. Growthwell raised $22 million in the round, which was led by Creadev.