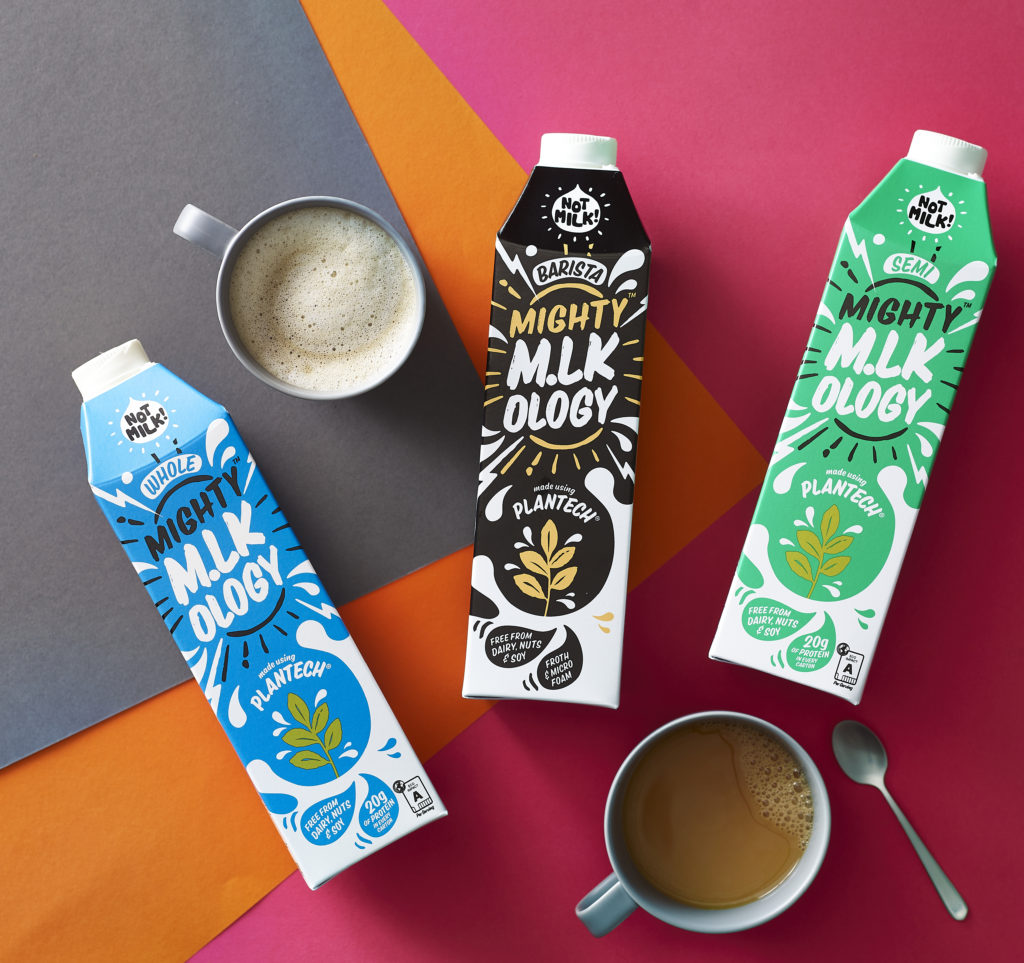 Yorkshire plant-based milk brand, MIGHTY has announced the launch of M.LKology, its closest range ever to dairy in taste, texture and usage. The new range uses precise fermentation and is expected to revolutionise the category.

Founded by two brothers, Tom and Nick Watkins in 2018, MIGHTY was born from a desire to give people a true dairy alternative that is nutritious and sustainable without the compromise on taste. M.LKology is expected to charter the course for the next generation of plant milk, and drive towards a tipping point for plant milk adoption rates. In the same way that companies like ‘Beyond Meat’ trailblazed hyper-realistic meat replacements, MIGHTY is bringing plant-based dairy products to the masses.

MIGHTY’s technology utilises precise fermentation to add the “dairy” factor without the dairy, resulting in a plant-based milk that finally tastes, looks and feels like dairy milk. MIGHTY have acquired the exclusive rights for a ground breaking technology to launch the next generation of plant-based milk.

M.LKology is set to launch online at mightydrinks.com from early January 2022 and in major retailers in mid-January. The range will consist of three SKU’s including M.LKology Whole and Semi which can be used for all occasions and be treated like their dairy counterparts, including in tea and cereal. The M.LKology Barista product is created specifically for coffee and hot chocolate to replicate the velvety texture and viscosity of frothed milk.

“This is the biggest development in plant milk technology and is an exciting time for us to be at the forefront of innovation in the category. M.LKology will launch the third generation of plant milk with precise fermentation to create a product closer to milk than has ever been seen before.

“We view M.LKology as the natural evolution of milk for UK’s biggest dairy occasions; tea and cereal. With more and more people looking for ways to cut down on their impact on the planet, this technology is vital in being able to convert dairy loyalists without comprising on taste, bringing plant milk, and MIGHTY, to the masses.”

The range includes M.LKology Whole, M.LKology Semi and M.LKology Barista and will be available in all major supermarkets from mid-January.