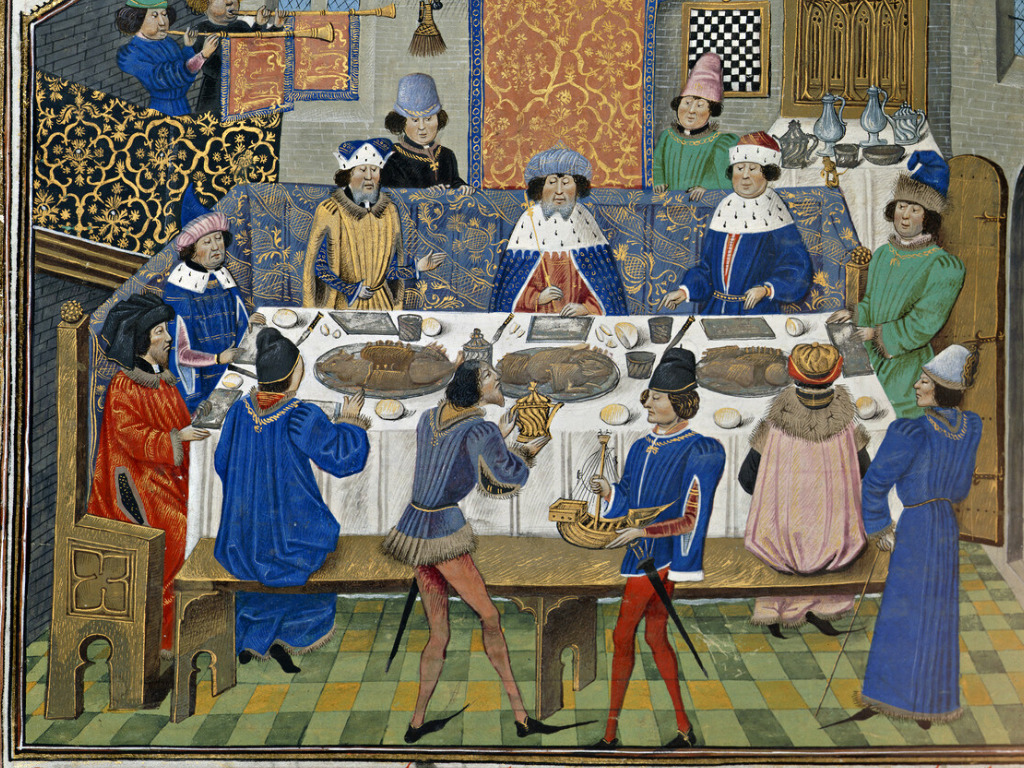 Kings in the Middle Ages (500 to 1400–1500 ce), also known as the medieval period, ate meat sparingly despite having the resources to be more indulgent, reports new research. The findings were published by Cambridge University.

The researchers looked at the skeletal remains of more than 2,000 people buried in England from the 5th to the 11th centuries to determine diets and disease. They were able to determine class by where the bodies were buried and what they were buried with. The findings debunk ages-old myths that medieval period kings and royalty gorged on rich meats and other animal products.

“I’ve found no evidence of people eating anything like this much animal protein on a regular basis,” Cambridge bioarchaeologist Sam Leggett Leggett told BBC.

“If they were, we would find isotopic evidence of excess protein and signs of diseases like gout from the bones. But we’re just not finding that. The isotopic evidence suggests that diets in this period were much more similar across social groups than we’ve been led to believe. We should imagine a wide range of people livening up bread with small quantities of meat and cheese, or eating pottages of leeks and whole grains with a little meat thrown in,” Leggett said.

The findings make the case for shifts happening to the Western diet that’s long been built around animal products at the center of the plate. The researchers say class didn’t dictate dietary preferences for meat.

“Historians generally assume that medieval feasts were exclusively for elites,” said study co-author and historian Tom Lambert. “But these food lists show that even if you allow for huge appetites, 300 or more people must have attended. That means that a lot of ordinary farmers must have been there, and this has big political implications.”

In modern times, meat and dairy consumption is higher than it’s ever been, even despite the growing body of evidence linking it to human health issues such as heart disease and cancer—the World Health Organization has classified processed meats as a known carcinogen.

Eating animal products is also deeply tied to climate change’s increasing impact on the planet. One of the driving factors behind the uptick in meat has been the increasing incomes in developing countries where meat, in particular, is often viewed as a food of status. As income levels rise across Latin America, Asia, and Africa, many of these nations are looking at ways to increase production and access to animal products, often at the expense of natural resources. Meat production is nearly five times higher than it was in the early 1960s, even as more consumers are going flexitarian.

While countries including the U.S. and Australia consume the most meat, rapidly growing nations including China and Brazil have seen upticks in economic growth mirror the rise in meat consumption.

A study published earlier this year called for the world’s wealthiest nations to significantly reduce their meat consumption by at least 75 percent.

“If all humans consumed as much meat as Europeans or North Americans, we would certainly miss the international climate targets and many ecosystems would collapse,” study author, Center for Development Research (ZEF), University of Bonn, Dr. Matin Qaim, said in a statement. “We therefore need to significantly reduce our meat consumption, ideally to 20 kilograms or less annually. The war in Ukraine and the resulting shortages in international markets for cereal grains also underline that less grain should be fed to animals in order to support food security.”

The post Medieval Kings Didn’t Eat a Lot of Meat. You Probably Shouldn’t Either. appeared first on Green Queen.