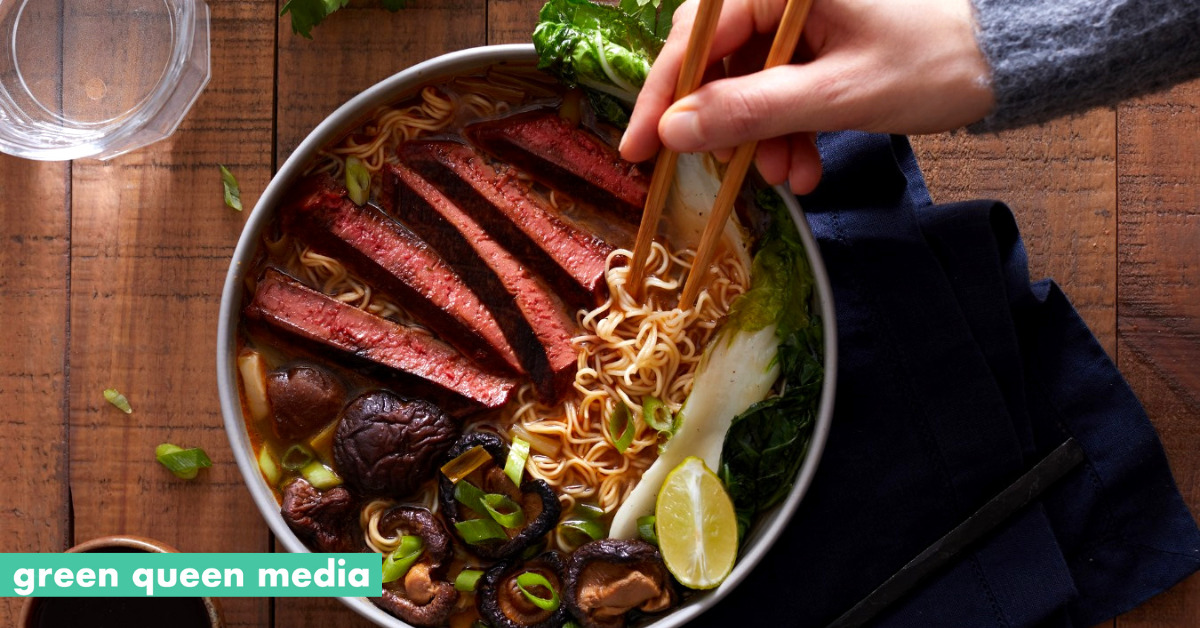 Colorado-based Meati Foods has closed a $150 million Series C funding round. The round, led by Revolution Growth and Chipotle’s Cultivate Next Fund, will help the mushroom-focused brand accelerate its production, develop new products, and support its rapid retail expansion plans.

Meati isn’t shy about its goal of becoming the U.S. market leader in vegan meat by 2025. That’s no small task given the current landscape controlled by Impossible Foods and Beyond Meat. There are other brands vying for dominance too, though, namely Chile’s NotCo and Singapore’s TiNDLE. But Meati says its mushroom-based meat products are delivering on taste and texture in ways unparalleled.

“The continued growth and momentum that Meati is experiencing underscores how differentiated and scalable our products and vision are,” Meati Foods CEO and co-founder, Tyler Huggins, said in a statement. “Revolution Growth and our new and existing investors bring not just the financial firepower and ethos alignment, but deep and diversified expertise that will be instrumental in building a brand and organization that will truly change how people eat in a way that’s better for our bodies and better for our planet.”

Meati is part of the first cohort in Chipotle’s new fund aimed at investing in companies that align with the Mexican-inspired fast-casual chain’s mission. It says Meati’s mushroom meat mirrors its own Food with Integrity standards. Curt Garner, Chief Technology Officer at Chipotle, says Meati is bringing an “exciting, new alternative protein to market.”

Fazeela Abdul Rashid, a Partner at Revolution Growth who is also joining the board, says Meati is poised to be the leader in this large and growing category with the whole food advantage. “The company is meeting an unmet demand for products that are delicious, healthy, and good for the planet.”

The company’s products are 95 percent mushroom meat, which gives them a whole-food distinction and “unmatched nutrition” that its closest competitors can’t offer. Despite the number of environmental and ethical benefits of vegan and plant-based meat, many have been criticized for high sodium levels and genetically modified ingredients, among other concerns.

Meati says it’s the whole package: vegan meat that’s better for the planet and your health. Its mushroom steak, for example, contains only 240 milligrams of sodium—35 percent less than an Impossible Burger. Compared to conventional steak or chicken, it provides 17 grams of protein—about the same as a beef burger—along with 42 percent of the recommended daily fiber intake as well as 45 percent of the RDI for zinc and 90 percent of the RDI for B12.

Its first launch of chicken cutlets earlier this year sold out in less than 24 hours.

Since it launched in 2017, Meati has earned the support of a number of food industry icons and chefs, including chef and founder of Momofuku, David Chang, former White House senior policy advisor for nutrition, Sam Kass, and Whole Foods Market’s former CEO, Walter Robb, among others.

Meati is working to complete its 100,000-square-foot ‘Mega Ranch’ in Colorado, which is expected to be operational by the end of the year. According to Meati, it can produce “tens of millions of pounds” of its mushroom meat per year. It’s also developing its first ‘Giga Ranch,’ which is expected to be a plug-and-play operation it can replicate both domestically and in global markets. Each ranch can produce hundreds of millions of pounds of mushrooms annually.