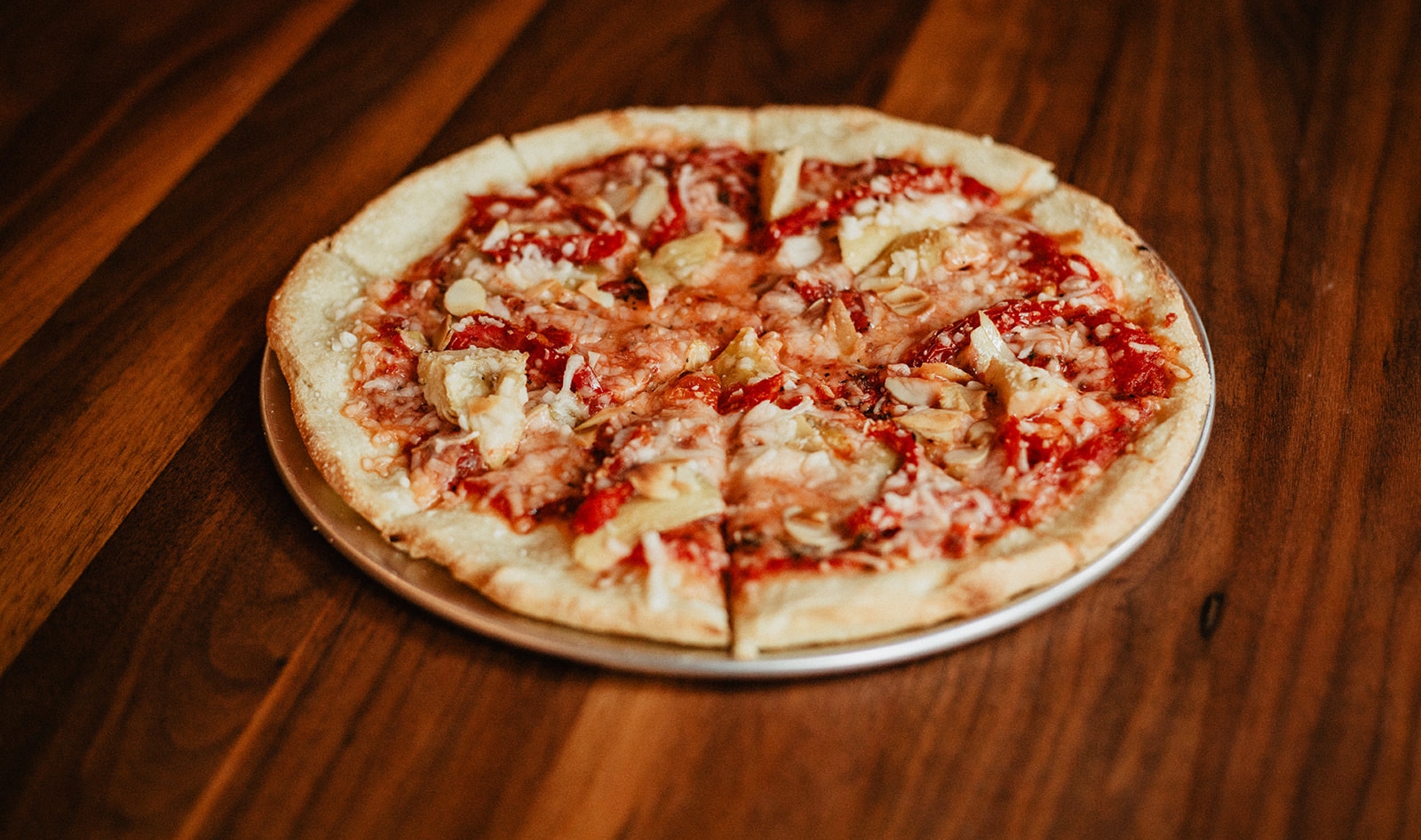 Montreal-based pizzeria Chez Zac recently transformed its restaurant to an all-vegan pizzeria in an effort to reduce the food waste it was producing with meat products. Though the pizzeria originally offered a vegan menu in addition to meat and vegetarian options, Chez Zac owner Dj Bhate says the vegan pizzas were outperforming the other options.

“We decided to go plant-based because we were throwing a lot of our meat produce away on a daily and weekly basis,” Bhate told VegNews. “Originally, we did have a vegan menu in addition to having meat and veggie options and the vegan pizzas were doing quite well in comparison. We thought that it would be better to just focus on the vegan menu, so we added a couple pizzas to [the existing vegan menu] so we have many options. The response has been great so far and very encouraging.”

Chez Zac shared the news of its vegan transition with its fans on social media, assuring them that the change would result in delicious pizzas but without animal products and unnecessary waste.  “We put a lot of focus into our light crust dough, base sauces, and use of fresh ingredients. One negative we have noticed is the amount of food waste, particularly with meat products,” the pizzeria posted. “As a result, we have decided to expand our vegan menu to become a plant-based pizzeria. We understand that this may disappoint some of our current clientele but we are confident that you will still enjoy the pizzas, and that we will fill in the blanks on the taste element.”

Though all-vegan pizzerias are rare, major pizza chains across Canada are also noticing the growing demand for vegan options and many updated their menus accordingly. Chains such as Pizza Nova, Panago Pizza, and Pizzaiolo now offer options such as vegan cheese and meats.

In 2017, Pizza Pizza added Violife vegan cheese to the menu at 419 locations across Canada, and in 2019 it added the Super Plant pizza at more than 750 locations. The menu item is made with a cauliflower-based crust and is topped with vegan pepperoni made by Yves Veggie Cuisine, vegan chorizo by Field Roast, and dairy-based mozzarella—which can be substituted for the chain’s vegan cheese for a fully plant-based pizza.

Canadian bread bakery COBS got in on the trend earlier this year with the launch of vegan Arrabbiata Mini Pizzas. The plant-based pizza squares feature Beyond Meat Italian Sausage Crumbles, roasted red pepper, a spicy Arrabbiata tomato sauce, and Nabati vegan mozzarella cheese on a fermented Turkish dough base.