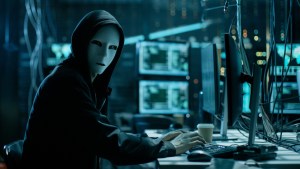 Meat giant JBS has paid out an $11 million ransom following a ‘cyber-attack‘, according to reports.

The world’s largest processor of beef and pork was targeted by hackers earlier this month.

Most of its operations are now back up and running. However, the attack wreaked havoc to IT systems in the US and Australia.

Moreover, JBS faced disruptions including the shutting down of meatpacking facilities and abattoirs. Cattle slaughter at all US plants halted. And, fears grew that meat prices could rise if the company couldn’t resolve the issue quick enough.

The ransom was reportedly made in bitcoin to prevent any further issues such as data theft.

Andre Nogueira is JBS’s Chief Executive. According to the Guardian, he said: “This was a very difficult decision to make for our company and for me personally.

“However, we felt this decision had to be made to prevent any potential risk for our customers.”

He thanked the White House, the US Federal Bureau of Investigation, the US Department of Agriculture, and the Australian and Canadian governments for their assistance.

Whilst a spokesperson for The White House claimed the attack was likely from Russia, President Vladamir Putin denied any knowledge, according to The Financial Times.

The post Meat Giant JBS Pays Out $11 Million Ransom After ‘Cyber-Attack’ Shut Down Operations appeared first on Plant Based News.