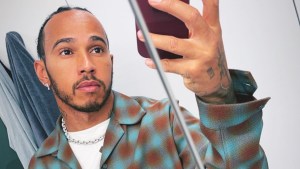 As a result, the Jeff-Bezos-backed brand NotCo is now valued at over $1 billion.

Since launching a year ago, it secured investment from Amazon founder Jeff Bezos’ Bezos Expeditions. Next, it became available on Amazon Whole Food stores across the US as well as thousands of Sprouts and Wegmans sites up and down the country.

This has led the company to a valuation of a staggering $1.5 billion.

CEO of NotCo, Matias Muchnick, told Reuters: “Many companies have reached NotCo to say ‘can you do a plant-based version of our products’.

“In that way, we can become the ‘Intel Inside’ of other products.”

Muchnick added that the COVID-19 pandemic has helped the plant-based category grow.

F1 champion Lewis Hamilton has long been an advocate for veganism, as well as a supporter of vegan companies.

Earlier this year, London-based Neat Burger – of which he is one of the chief investors, revealed plans to ‘rapidly’ expand.

Additionally, this isn’t the first time Roger Federer has invested in a plant-based firm. The star launched sneakers made from vegan leather last year.