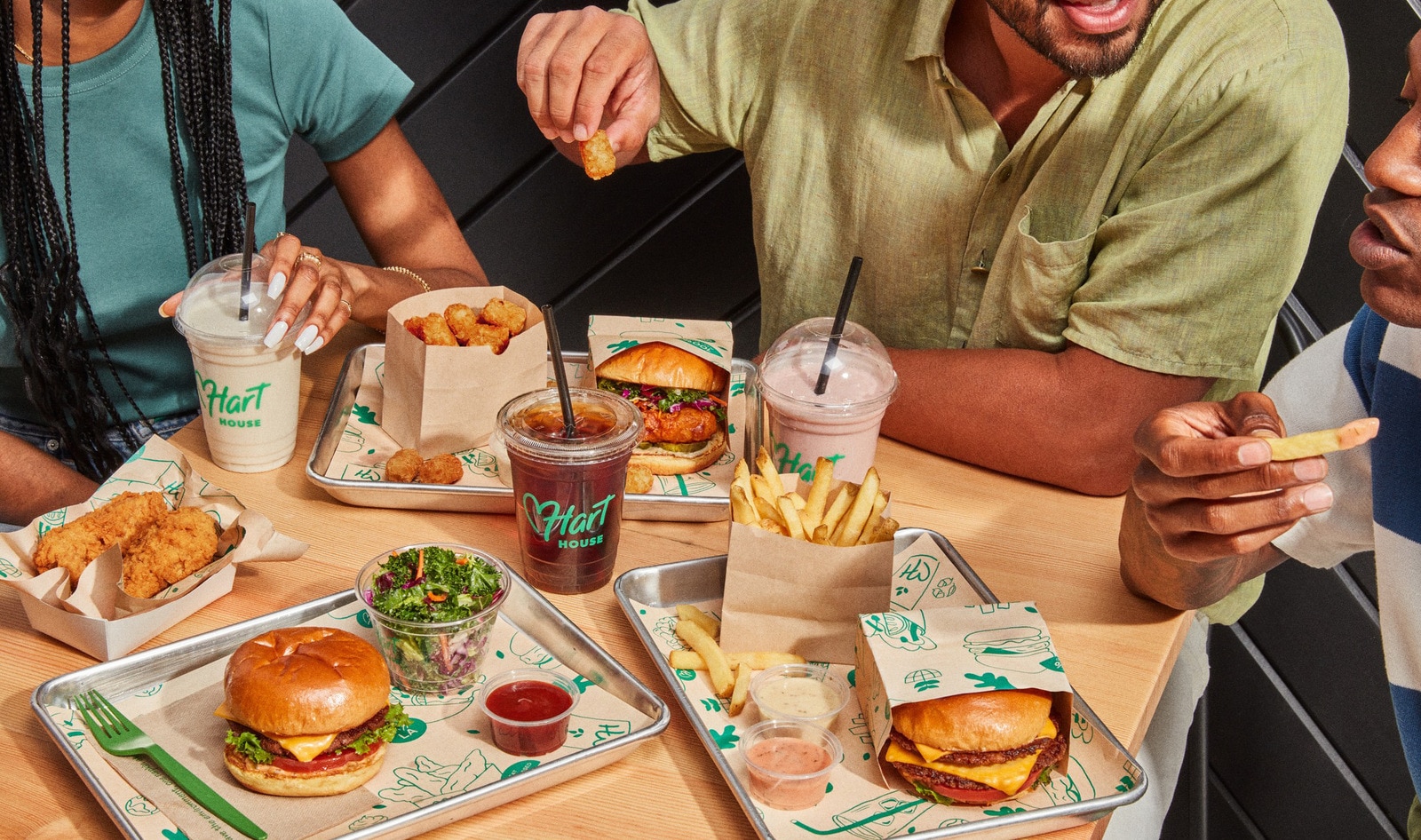 Comedian, actor, and entrepreneur Kevin Hart is slated to open vegan fast-food chain Hart House in the Los Angeles area this summer. The new restaurant is a partnership between Hart, entrepreneur Andy Hooper, and chef Michael Salem. The chef previously worked as the head of culinary innovation at Burger King and helped bring on the Impossible Whopper, a defining moment in the plant-based shift currently happening in the fast-food industry.

“I am thrilled to announce that I have collaborated with an all-star team of partners and industry leaders to create an industry-changing restaurant called Hart House,” Hart announced on Instagram. “This thing is going to be huge! We’re going to serve delicious, sustainable food that delivers can’t-believe-it-flavor in every bite. We’ll be opening our first few locations in the LA area, but we will be expanding quickly.”

The concept for Hart House first came to Hart several years ago at the onset of the COVID-19 pandemic. After two years in the making, the team is ready to bring the vegan fast-food chain to the public, starting with several locations in the Los Angeles area.

The Hart House menu will feature American comfort classics remade with a plant-based twist, including burgers, chicken sandwiches, nuggets, fries, and milkshakes (made with oat milk), all made without animal products, high fructose corn syrup, or preservatives.

The future of fast food is plant-based

According to Hooper, the Hart House concept is built around an assumption that fast food is not only moving in the plant-based direction but that this shift is inevitable and necessary. As such, the approach at Hart House is that the food will be indulgent and familiar but not marketed around just plant-based callouts.

“I think one of the things that’s important when you’re thinking about building the next generation of quick service restaurants is acknowledging that it’s going to be plant-forward,” Hooper told Los Angeles Magazine. “That’s where things are going, both out of taste preference, but also out of necessity.”

Hart brought Salem on board personally by calling him and pitching the concept. Given his area of expertise with Burger King, Salem’s involvement gives Hart House even more potential to substantially shift the traditional fast-food model in the plant-based direction. Salem helped get the Impossible Whopper on the menu in 2019 and since then, Burger King has explored plant-based menu updates and initiatives globally. Not only does the fast-food giant now serve plant-based options globally, it is also hosting meatless pop-ups. This month, Burger King opened two vegetarian outlets in Switzerland, bringing the total of such pop-ups to five following similar openings in London, Spain, and Germany.

Salem was tasked with crafting the Hart House menu, which he made from the perspective of a meat-eater looking for craveable options that are better for health, animals, and the planet. “It’s one thing when you hear someone’s idea and you get excited about working with a celebrity. It’s another thing when you hear about somebody’s idea and it actually really resonates with your life’s work and that’s what happened to me,” Salem told Los Angeles Magazine. “I’ve seen too many animals die. I’ve been too guilty about the food I’ve been serving the community, making people really unhealthy for a long time, and I just don’t think it’s necessary. I think this is really the future of fast food, so that’s why I took the gig. I just thought it was an incredible chance to really make a difference and leave a legacy on food service and an industry that’s been so good to me.”

Kevin Hart gets behind Beyond Burgers

Hart’s venture into the vegan fast-food industry is not surprising as he is an investor in vegan brand Beyond Meat and has worked with it since 2019 on several campaigns to promote plant-based meat. This summer, Hart kicked off a campaign with the vegan brand during National Burger Month (May) in which he appeared alongside Will “Spank” Horton in a humorous commercial themed around the concept of change—from clothing and catchphrases throughout various eras to consumption of meat changing from animal-derived to plant-based.

“With Beyond Meat, I love that my family and I can enjoy all the foods we love—like grilled burgers in the backyard—but do so in a way that’s better for us without feeling like we’re sacrificing anything,” Hart said in a statement at the time. “As a longtime partner, I jumped at the opportunity to be a part of this summer grilling campaign to inspire more people to try Beyond Meat.”