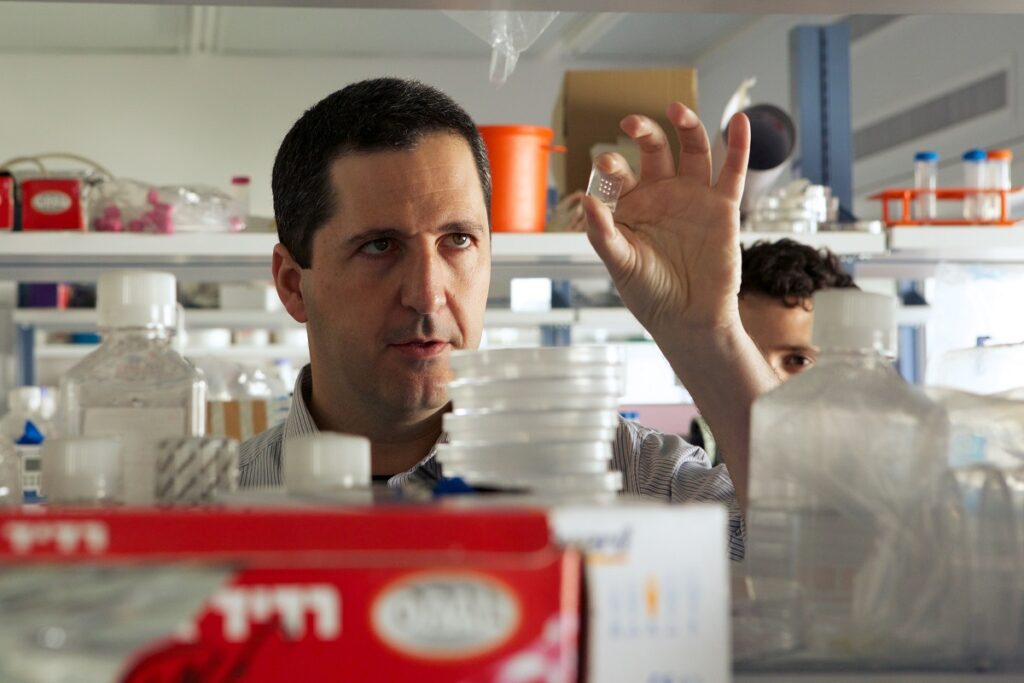 The global demand for meat may be on the rise, but more and more consumers are looking for protein alternatives that are touted as healthier and more eco-friendly. Israeli companies, meanwhile, are continuing to pioneer innovative methods to produce clean meat, serving up a plethora of vegan substitutes in specific niche restaurants and on the street.

Israeli developer Future Meat Technologies has found a way to mass-produce its own lab-grown meat in a way that makes cultured meat “affordable for everyone,” says the company’s founder and chief scientific officer, Professor Yaakov Nahmias. The Rehovot-based firm recently announced that it opened the world’s first industrial cultured meat facility in the central Israeli city just 20 kilometers south of Tel Aviv.

Calling the new production facility a real “game-changer,” Prof. Nahmias says it “allows us to move out of the lab to grow hundreds of kilograms of meat in stainless steel vessels. Production is cleaner and more efficient. Most importantly, it allows us to speed up regulatory approval to aim for market [entry] by 2022,” he tells NoCamels.

More specifically, Future Meat aims to expand to the United States by next year to sell through food services. While the company won’t disclose details, it confirmed to NoCamels that it is eyeing several locations in the United States and is also in the process of approving its production facility with regulatory agencies in multiple areas.

“We are actively seeking to engage customers and build a global brand for cultured meat,” says Prof. Nahmias.

“This facility opening marks a huge step in Future Meat Technologies’ path to market, serving as a critical enabler to bring our products to shelves by 2022,” added CEO Rom Kshuk in a company statement.

The company first announced that it was opening its production plant near Tel Aviv in October 2019, at the same time it raised $14 million in a Series A funding round.

The new facility makes scalable cell-based meat production a reality, with the capability to produce up to 500 kilograms of cultured products a day, which is equivalent to 5,000 hamburgers, or one cow, once it will be fully operational, the company says.

The Rehovot-based facility provides animal cells with special feed, including amino acids and vitamins, allowing them to rapidly grow and fill the stainless steel vessels. Animal cells are then harvested and produce cultured meat products..

With the goal of making cultured meat cost effective, the company also wants to ensure they “produce delicious food that is both healthy and sustainable to secure the future of coming generations,” said Prof. Nahmias in the statement.

“It is doing so with a footprint that is 20-times smaller than traditional agriculture and with a fraction of the environmental resources,” explains Nahmias.

The company said its production facility can produce cultured chicken, pork, and lamb without the use of animal serum or genetic modification (non-GMO) and with the production of beef coming soon.

Future Meat Technologies was founded in 2018 to focus on cost-efficient, GMO-free production of meat directly from animal cells, without the need to raise or harvest animals.

The technology is based on Prof. Nachmias’ work at the Hebrew University of Jerusalem and is licensed through its technology transfer company, Yissum. Nahmias, as Chief Scientific Officer, previously noted that Future Meat is the only company that can produce animal fat without harvesting animals and without genetic modification.

Future Meat’s process uses the rapid growth of connective tissue cells called fibroblasts, to reach high densities before turning the cells to cultured muscle and healthy fats. The company says it aims to introduce hybrid products – combining plant proteins for texture and cultured fats that create the distinct aroma and flavor of meat.

“We are using different cells from other players in the industry, making us uniquely non-GMO. We have critical innovations in chemistry identifying proteins in plants that eliminate the use of animal serum proteins,” Prof. Nahmias explains, “Finally, we have innovations in engineering that a allow us to actively remove waste products from our bioreactors recycling nutrient medium and reducing overall production costs.”

Earlier this year, Future Meat raised an additional $26.75 million in funding through its strategic partners and the in February announced the production of a cultured chicken breast at a $7.50 pricepoint.