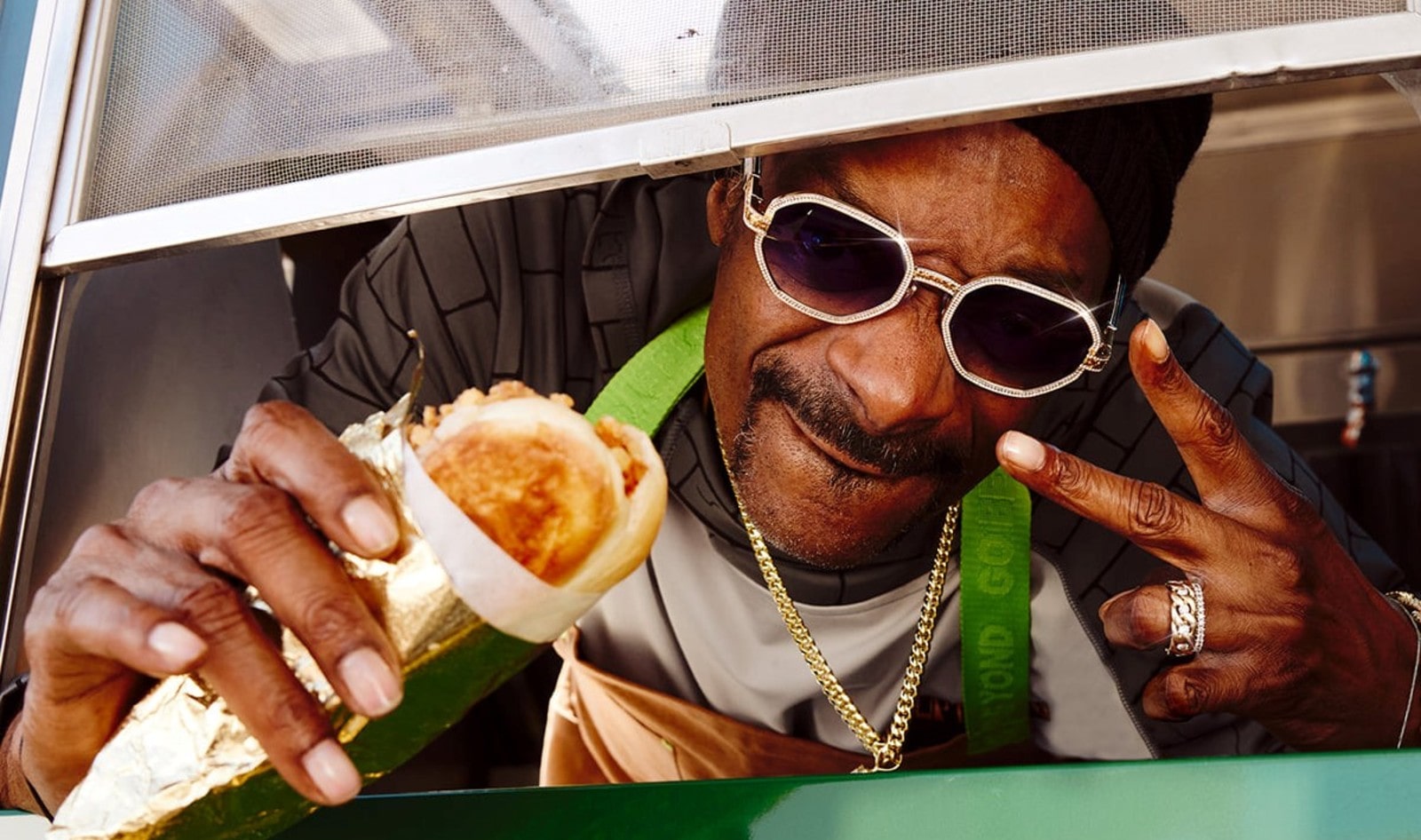 Legendary rapper Snoop Dogg might soon expand his business empire with vegan hot dogs. The musical artist recently filed for an intent-to-use application trademark with the United States Patent and Trademark office for the use of “Snoop Doggs” in regard to “hot dogs and other sausages.”

While little is known at this time about the new venture, Snoop Dogg previously expressed disgust about consuming traditional hot dogs—which are made from ground-up remnants of slaughtered animals—during an appearance on Jimmy Kimmel Live in 2016. During the segment titled “How is it Mizzde?,” Snoop Dogg was challenged to guess the end product by watching a video of it being made. As the hot dog meat went through various stages of processing, he responded in utter disgust, ultimately stating, “I ain’t never eating a mother f*cking hot dog.”

In recent years, Snoop Dogg has taken an interest in plant-based foods, a further indicator that Snoop Doggs could very well be a vegan hot dog company. In a 2020 Forbes interview, the 50-year-old rapper explained that his friends are helping him transition to a healthier diet.

“With such a busy schedule, I needed to make sure that I’m taking care of myself both mentally and physically,” he said. “I needed to change up my diet a bit to help me give me all the nutrients I need to continue to be at the top of my game. Some of my immediate family are vegan and vegetarian so they helped me figure out the best plan with me.”

Snoop Dogg is also putting his money where his mouth is with investments in several plant-based brands. The rapper has been a celebrity ambassador for Beyond Meat for several years. In 2019, Snoop celebrated the launch of the Beyond Sausage Breakfast Sandwich at a Dunkin’ locations nationwide by personally handing out the meatless sandwiches behind the counter at one Dunkin’ location. That year, Snoop Dogg threw a pre-party for the Grammy Awards where he served Carl’s Jr. Beyond Famous Star burgers—the fast-food chain’s first meatless burger launched in partnership with Beyond Meat.

At the onset of the COVID-19 pandemic in 2020, Snoop Dogg joined Beyond Meat’s Feed A Million+ campaign, which donated more than one million vegan burgers over the course of 30 days to frontline workers. He also appeared in a promo video for Beyond Meat in 2020 in which he revealed that he sneaks plant-based meat into meals for his friends and family to help them try alternatives to animal products.

Snoop Dogg is also an investor and celebrity ambassador of vegan bacon snack brand Outstanding Foods and appeared in a campaign to promote its pigless “munchies.” As part of the partnership, Snoop Dogg launched a dedicated website to sell Outstanding Foods’ vegan pork rinds donating 10 percent of sales to Snoop Special Stars, a non-profit organization that helps to provide opportunities for inner-city children to participate in youth football and cheerleading.

To kick off the 2021 NFL season, Snoop joined forces with professional football player Derwin to hand out 600 free plant-based meals at a special pop-up event in Los Angeles. Both Snoop Dogg and James used Beyond Meat products to create vegan menu items which they served out of their own food trucks. While James chose to create an indulgent Beyond Burger, Snoop Dogg went with a hot dog creation. The Snoop Beyond Tailgate Dogg featured a Beyond sausage, Beyond chili sauce, vegan cheese, and crispy onion strings on an artisan bun. Could this have sparked the idea for Snoop Doggs? Only time will tell.

What Are Vegan Hot Dogs? Plus: The 7 Best Brands to Try