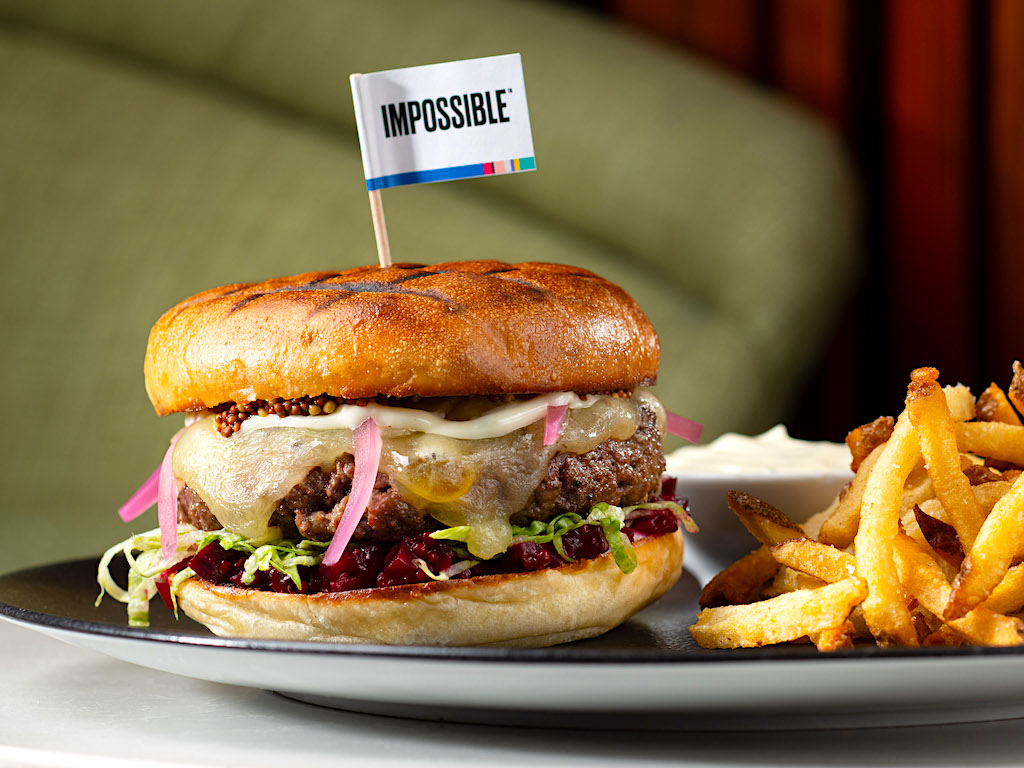 With its latest iteration, Impossible Foods’ plant-based ground beef now contains less saturated fat and more protein than ever, putting it on par with conventional beef.

The new Impossible Foods labels read simply: Beef Made From Plants. That’s a shift away from its use of ‘burger’ on the label—a move that’s part of the Bay Area company’s bid to appeal to the growing flexitarian demographic. And the new nutritional profile is expected to help.

“Our aim is not to be the best plant-based meat, which is a low bar, it’s to be the best meat,” Impossible Foods CEO Peter McGuinness told Food Navigator.

“If you’re going to even start to displace animal products, you have to go to the next level in terms of taste, texture, flavor, and nutrition,” he said.

The new beef contains 33 percent less saturated fat than conventional beef along with 19 grams of protein, zero cholesterol, and, the company says, no animal hormones or antibiotics.One serving of Impossible Beef contains 38 percent of the RDI for protein—the same as 80/20 ground beef. Saturated fat has ticked down to just six grams per serving compared to animal-based beef at nine grams.

The leading vegan meat producer is aiming to target increasing concerns about the health claims made by the plant-based foods industry. Studies have found high levels of sodium and saturated fat in vegan meat products.

Consumers in the U.S. are largely opting for plant-based protein for its health benefits, further underscoring Impossible’s recent decision to tweak its formula.

The relaunch comes as the industry sees lackluster sales, something McGuinness told Food Navigator is a competition issue, not a category issue.

According to McGuinness, Impossible Foods is growing at a 65 percent year-on-year rate—a number he says is not just from increased distribution. “It’s a combination of new doors, new SKUs, and velocity gains.”

Impossible says it has around a 45 percent repeat rate—meaning roughly one in two people who try the product will buy it again. “So that says awareness and trial is a gift that keeps on giving, as we only have 5 percent household penetration,” McGuinness said.

These are important numbers as the industry is facing changes. With limited retail shelf space in refrigerated and frozen sections, consolidation is already happening in-store, and it could mean more mergers and acquisitions for companies competing too closely.

For Impossible, its relationship with fast food chains like Burger King, which recently launched an Impossible Chicken trial in the U.S., give it leverage at retail, too. Its closest competitor, Beyond Meat, just saw its U.S. McPlant trial pulled from more than 600 stores.