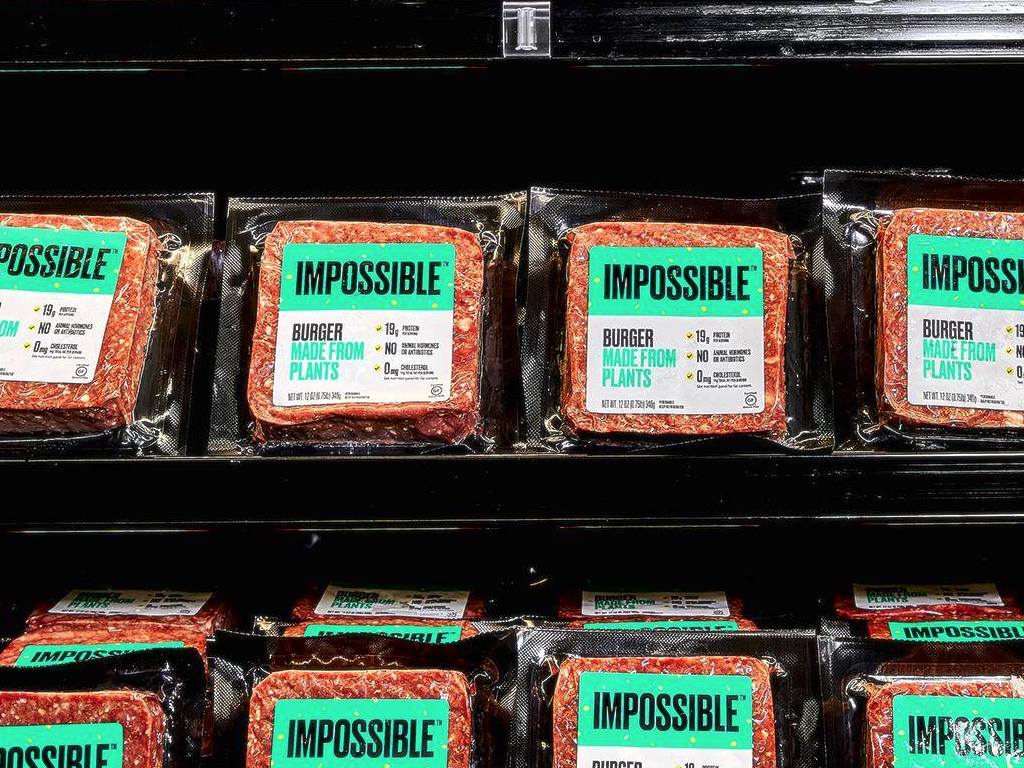 The Bay Area manufacturer of beef, pork, and chicken made from plants says it was the fastest-growing vegan meat brand at retail last year. It also saw its flagship beef product take the top spot in the food service sector, outselling every other plant-based meat brand in the U.S.

The announcement comes as data from ResearchAndMarkets.com projects the global vegan food industry will reach nearly $92 billion by 2027.

Despite the category’s growth, Impossible laid off six percent of its workforce in October. But that was a mild adjustment compared to other industry cutbacks including rival Beyond Meat eliminating 19 percent of its staff and cutting sales projections for 2022 from between $560 million to $620 million down to $470 million to $520 million.

Impossible said its cuts weren’t related to sales. It made layoffs following the appointment of Peter McGuinness to the CEO role and company-wide restructuring that created “roles that have become redundant to others in the organization or that are no longer aligned with our core business priorities,” McGuinness said in a statement.

Last year saw a number of big distribution wins for Impossible including placement in Asia, Australia, the U.K., and New Zealand.

The announcement also follows a recent victory involving Impossible’s patented heme ingredient taken from the root of the soy plant. It gives the company’s vegan meat its meaty texture and color. Last year it sued the startup Motif FoodWorks over patent infringement. Impossible claimed that Motif’s heme technology was a knock-off of its tech.

The Patent Trial and Appeal Board handed Impossible Foods a victory in a 26-page ruling where it said it was declining to review the case. It claimed Motif “has not shown a reasonable likelihood that it will prevail in showing that at least one of the challenged claims is unpatentable.”

2023 and beyond: new Chief Demand Officer

Now, the company is adding Sherene Jagla to the team to fill the role of Chief Demand Officer. Jagla, who brings more than two decades of experience to the position including serving as SVP and General Manager at Newell Brands, as well as leading sales for Kellogg’s and Kimberly-Clark, was named one of the Top Women in Grocery by Progressive Grocer.

“Our next phase of growth requires tight integration across teams and disciplines, and Sherene knows how to do that and build organizations that scale,” McGuinness said in a statement. “She’s transformed complex organizations into high-performing businesses, and she has a deep understanding of the food and CPG space. I’ve no doubt her leadership will help transform Impossible into a household name.”

Jagla’s appointment is the latest in a string of key appointments for the company including two in Q4 2022: its first Chief Marketing and Creative Officer, Leslie Sims, and Senior Vice President of International, Noel Clark.

“One of the reasons I was drawn to Impossible is the company’s focus on leading the category and commitment to creating delicious, nutritious, and sustainable food,” Jagla said. “Impossible has created a compelling brand with a strong product portfolio that’s primed for growth. I look forward to working closely with Peter and the Impossible team to build on this foundation.”