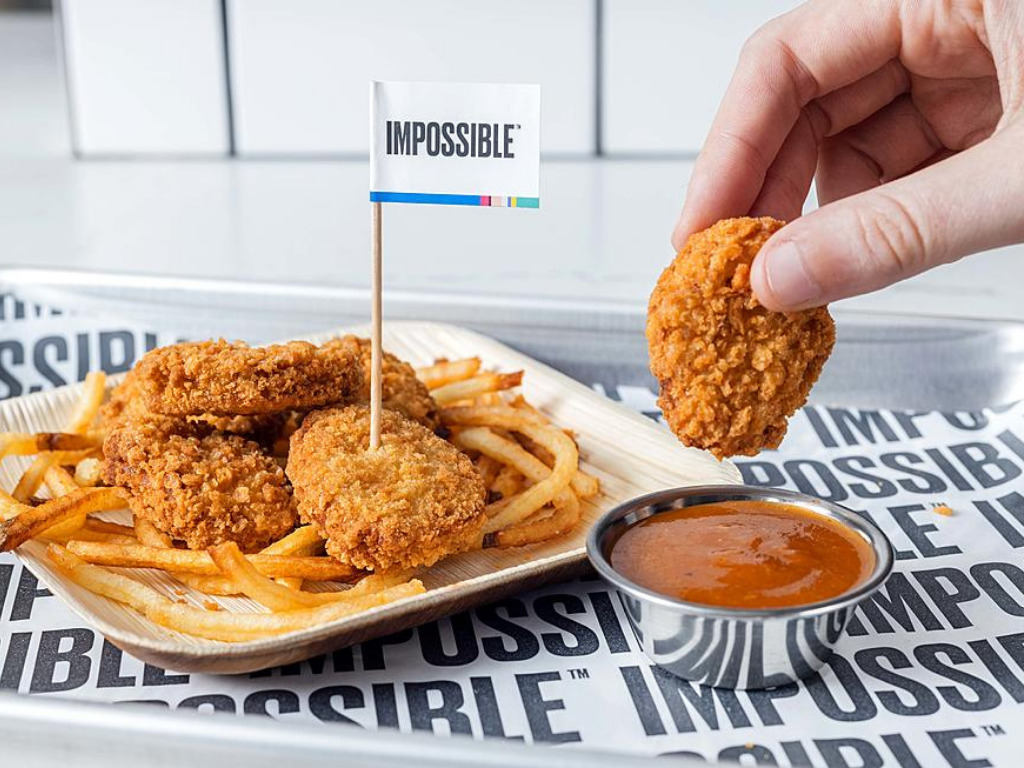 Now, the Beyond Meat rival is bringing its vegan nuggets to Hong Kong as it identifies expansion opportunities across Asia where its competitor has dominated for the last several years.

“Our nuggets are one of our most popular products because they taste amazing,” Heidi Nam, General Manager of Impossible Foods Hong Kong, said in a statement. “They’re also extremely convenient and they happen to be better for you and better for the planet, making them a perfect choice for adults and kids alike. We can’t wait for people in Hong Kong to try them.”

The vegan chicken market has become saturated in recent years with offerings from Impossible as Beyond as well as a slew of competitors including Hungry Planet, Daring, Nuggs, and Gardein, among others. In Asia, Singapore’s TiNDLE is ramping up its vegan chicken empire with a recent U.S. debut. The U.K.’s VFC is also poised for global expansion following its recent U.S. launch as well.

But it’s Impossible’s nuggets that have seen the biggest success thus far. The company reports that Impossible Chicken Nuggets have become the fastest-growing chicken nuggets in the U.S.

Consumers are increasingly seeking out plant-based versions of their favorite foods. Chicken is the number-one selling protein in the U.S. Impossible says its vegan nuggets are similar to conventional nuggets in taste and nutrients, with 13 grams of protein. They contain 55 percent less saturated fat than the top-selling chicken nuggets.

Hong Kong residents and visitors can try the nuggets at several pop-ups happening throughout the city at Little Break Cafe at K11 Musea Donut Playhouse, The Butchers Club food truck in West Kowloon Art Park, and ROOOT at The Mills.