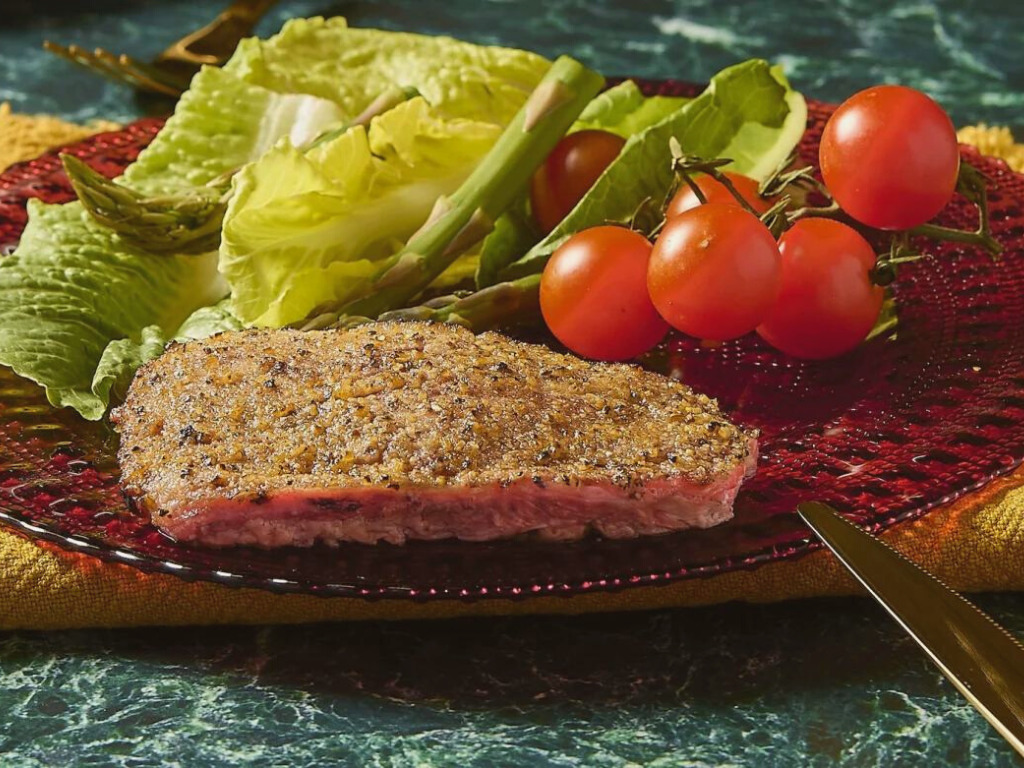 “We aim to bring culinary delicacies into the future of food by crafting cultivated meats that will be hard to resist,” the Berkeley-based company says on its website. It says it’s starting with conventional pork followed by Iberian pork, which comes from pigs native to Spain and Portugal. According to Novel Farms, the Black Iberian pig “is unique in its genetic ability to produce oleic acid-rich, exceptionally marbled meat.”

Nieves Martinez Marshall co-founded Novel Farms in 2020 alongside Michelle Lu while they were postdoctoral scientists in the molecular and cell biology department at the University of California at Berkeley.

Novel Farms says it has developed a proprietary microbial fermentation approach that builds the cultivated meat scaffolding to successfully, and affordably, produce whole cuts of meat.

Whole cuts are the holy grail for both the plant-based and the cultivated meat sector. Efforts are proving successful for a number of companies in recent years. But for cultivated meat, in particular, they’re typically not being done cost-effectively, though. Novel Farms says it’s found the secret, using common and inexpensive microorganisms.

“We just have a very good, efficient scaffold, and the cells attach very well,” Martinez Marshall said. “That’s something that nobody else has. Once we confirm and scale with a bioreactor, then we will be the most affordable of all the companies.”

The company says it has reduced scaffolding production costs by 99.27 percent. This means it can scale production faster and hasten price parity with conventional meat—a key hurdle for the sector.

The Natalie Portman-backed La Vie brought its vegan bacon to Burger King earlier this year. In June, it launched a virtual restaurant collaboration with OFC, the Original Food Court in France.

MyForest Foods, the vegan food spinoff of Ecovative, which is developing mycelium-based materials including leather and foam, opened what it calls the “world’s largest” vertical mycelium farm for its mycelium bacon last month.

“The incredible progress we’ve made on Swersey Silos in just one year since breaking ground is a testament to the engineering and technological expertise on our team,” Peter Mueller, Chief Technology Officer at Ecovative, said in a statement. “MyForest Foods is now in a position to reach full market scale. It’s a tremendous milestone for one of our closest partners, and for AirMycelium technology.”

Across Asia, OmniPork is leading the charge for traditional pork products including mince. The Hong Kong-based venture has established retail partnerships with McDonald’s and Starbucks, among others across Asia. It recently brought its vegan pork products to the U.S. and Europe.

The post How Novel Farms Cut Costs By 99% for the World’s First Lab-Grown Pork Loin appeared first on Green Queen.