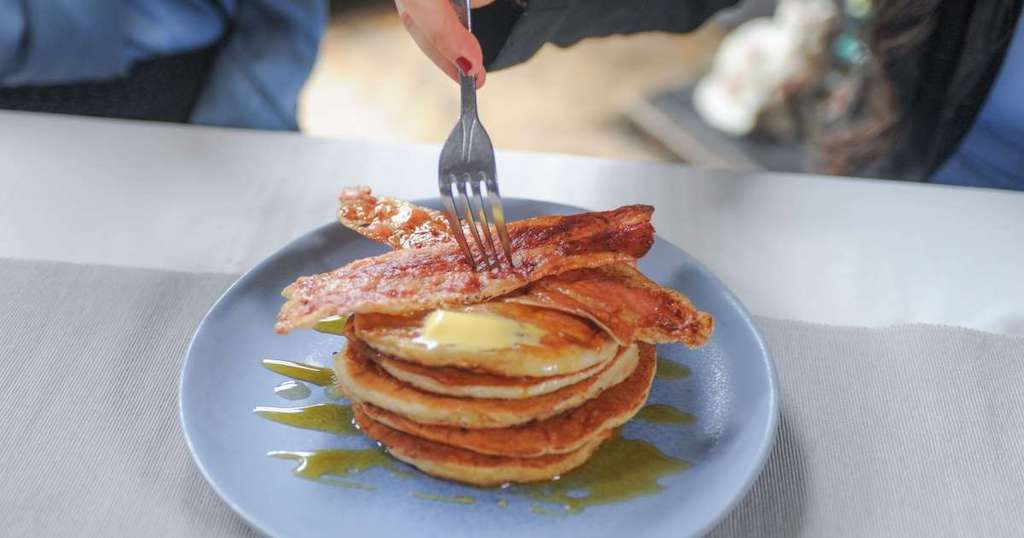 Founded in 2017 by chemical engineer Benjamina Bollag and stem cell biologists Stephanie Wallis and Professor David Hay, Higher Steaks uses cellular agriculture to grow meat in labs. It has recently announced its first samples of bacon strips and pork belly, representing the first cultivated versions in the world without the use of any bovine serum.

According to the startup, the two prototypes took around one month to produce, and are developed from induced pluripotent stem cells, an adaptable type of stem cell. While the pork belly contains around 50% animal muscle cells grown in a bioreactor and 50% plant-based proteins and fats, the ratio for the bacon strips is around 70% and 30% respectively.

“Our mission is to provide meat that is healthy and sustainable without the consumer making any sacrifices on taste.”

This hybrid technique that the startup uses has been described by CEO Bollag as “something of a milestone for the industry.”

It’s a huge feat for the bootstrapped startup, who is now positioning itself as a formidable player amongst the dozens of other cell-based companies, many of whom have far more capital at their expenditure.

Since 2014, some 30 cultivated protein companies have launched all over the world, including California’s Memphis Meats, who has secured a whopping US$161 million in a Series B round, so far the largest publicly disclosed investment into the sector to date.

The launch of the first successful samples of lab-grown bacon and pork belly couldn’t have come any sooner. Not only has the coronavirus pandemic exposed the dangers of the entire meat industry and the vulnerabilities in an animal-centric food supply chain, the demand for alternative pork products in particular has never been higher.

Over the past year, pork supplies have been inundated by African swine fever (ASF), especially in China, the biggest pork producer and consumer, which sent prices surging across the world. Plant-based companies have been keen to capitalise on the gap in the market, with the likes of Impossible Foods debuting plant-based pork, while Beyond Meat and Omnipork make significant inroads into China.

But for some hardcore meat lovers who crave the bite, taste and texture of whole cuts of meat, perhaps only lab-grown versions cultivated using actual animal cells will satisfy their appetite.

“Our mission is to provide meat that is healthy and sustainable without the consumer making any sacrifices on taste,” said Bollag.

Indeed, lab-grown protein boasts similar advantages that plant-based versions do in terms of sustainability, animal welfare and food safety. Grown in labs, the manufacturing process eliminates the need to slaughter, is far more carbon-friendly and less land-intensive, not to mention hygienic and does not contribute to rising antibiotic resistance.

Like other cell-based companies, one of the biggest obstacles facing Higher Steaks is cost. “We’re still in the thousands of pounds per kilogram,” said Bollag. But the startup is actively looking for industry partners to lower prices and scale-up its technology, and will hopefully be able to host a larger scale tasting event in the upcoming months.

All images courtesy of Higher Steaks.