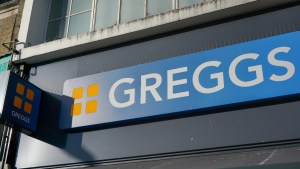 UK bakery chain Greggs has warned that a vegan sausage roll shortage is on the horizon this winter. It’s due to ongoing supply chain issues.

Rising shortages have been linked to Brexit, panic buying, and hiking heating prices across the country.

The company said it is experiencing “temporary interruptions” to some of its products, and that its iconic vegan sausage is among those affected.

According to Reuters, outlets across Twickenham, Richmond, and Earls Court in London ran out of the vegan baked good within the first half of this week.

It comes a month after CEO Roger Whiteside spoke out about the widespread staffing supply issues. Despite this, he pledged the brand would not run out of the beloved sausage rolls, the news outlet claims.

The product was launched in January 2019. Within weeks, it sold out on shelves up and down the country and has even been credited for leading a spike in sales and shares.

At the time, Whiteside revealed he was “surprised” at the surge in popularity. It would soon become the fastest-selling new product the company had launched for six years.